Ever been a little bit lazy or drunk and out too late and used a random ATM on a sidewalk, in a bar, at some strange bank? This is your annual reminder to stop.

The average out-of-network ATM fee is now $4.52, up 4 percent from last year and 21 percent since 2010, according to a report released Monday from Bankrate.com, a personal finance site that tracks banking costs. That includes both the fee charged by your bank and the out-of-network fee charged by the ATM operator.

“In all likelihood these fees are going to continue to go up,” Greg McBride, Bankrate’s chief financial analyst, told The Huffington Post.

Bankrate surveyed a total of 243 banks in 25 large U.S. markets in July and August, looking at ATM and overdraft fees of interest and noninterest accounts.

McBride said this is the ninth straight year ATM fees have gone up. And it’s happening for a bunch of reasons. First, people have gotten smarter about not using random ATMs, McBride said. Second, banks feel comfortable raising out-of-network fees because they don’t have to worry about alienating non-customers.

But mostly this is the result of regulations passed after the financial crisis that make it slightly more difficult for banks to levy more hidden and sneaky fees elsewhere. For example, a 2009 law requires that bank customers opt-in if they want the bank to lend them money when they overdraw their accounts.

Another law, part of the goliath Dodd-Frank Act, restricts the amount of money banks can charge retailers when you pay with a debit card, so-called swipe fees.

So banks are making up the lost revenue at the ATM and by charging more for checking accounts. “If you own a restaurant and hamburger prices are restricted, you’d raise the price of soda and fries,” McBride explains.

Bankrate’s survey also found that just 37 percent of non-interest checking accounts are completely free, down from 76 percent in 2009.

If the fee picture seems bleak to you, the good news is: These ATM fees are much easier to avoid. You just need to stick with in-network ATMs and plan out your month of cash consumption a little more carefully. If you’re in a pinch, you can also choose to get cash back when you’re shopping at your local supermarket, McBride said.

Less hopeful: This is a strategy that won't be as easy for those typically lower-income people who live in underbanked areas.

Be careful out there, everyone. 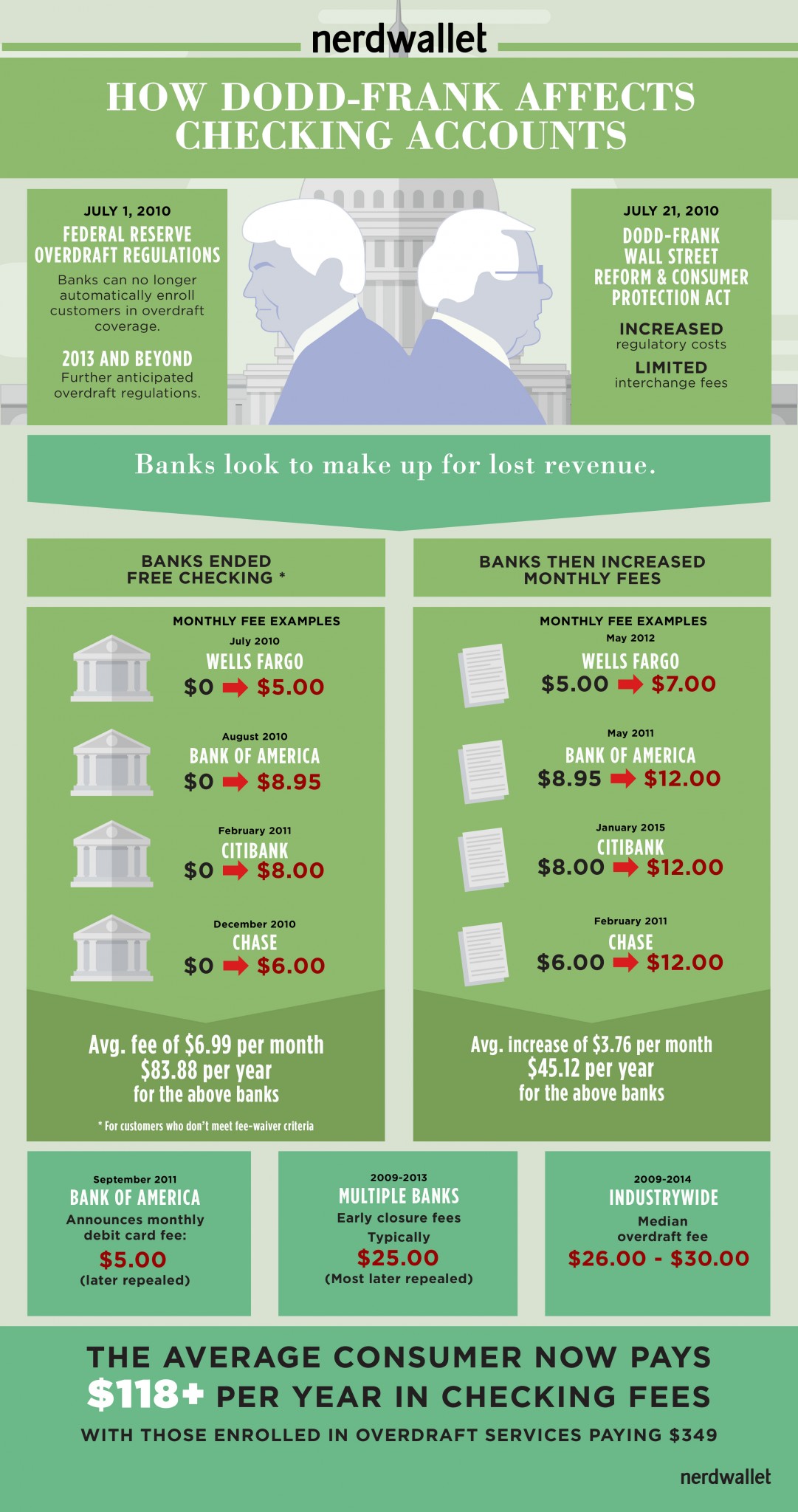