Las Vegas Nevada. Those three words often conjure up thoughts of alcohol-induced over-indulgence (think, Hangover, the movie), glitz, glamour and a place where anything goes and (hopefully) stays. And in this city where resorts and clubs last just long enough for the paint to dry the one thing that is hard to find is a piece of true Las Vegas bar history.

Enter Atomic Liquors, founded when the Las Vegas we all know and love was in its infancy and withstanding the philosophy that anything older than five years old is too old, Las Vegas' oldest free standing bar is a testament to a time long past, but (thankfully) forgotten no longer.

Joe and Stella Sobchik originally opened Atomic Liquors in 1945 as "Virginia's Café." It was at the end of World War II and they quickly realized two things: rationing during the war limited their access to quality and diverse food items and Joe would rather make atomic cocktails than cook food (much to the appreciation of his patrons).

As such the café began to slowly morph from an eating establishment into a storied and iconic watering hole.

And while the café was transforming into a bar, a nuclear testing site was being built by the United States Army a mere 50 miles away. In this age of innocence it quickly became vogue to, on nights when the wind was just right, grab an "Atomic Cocktail" and climb a ladder to the café's roof to watch for mushroom clouds on the horizon. Remember, the atom was our friend (according to Disney) so these lovable drunks were no doubt missing proper eye protection or a healthy understanding of radiation.

Joe and Stella finally made the official switch from Virginia's Café to Atomic Liquors in 1952, renaming it in honor of both the atomic testing down the road and the Atomic Cocktails, an ever changing menu of cocktails known to pack as much punch as an A-Bomb, that Joe was known for making.
They erected the beautiful sign that stands on Freemont Street not long thereafter. 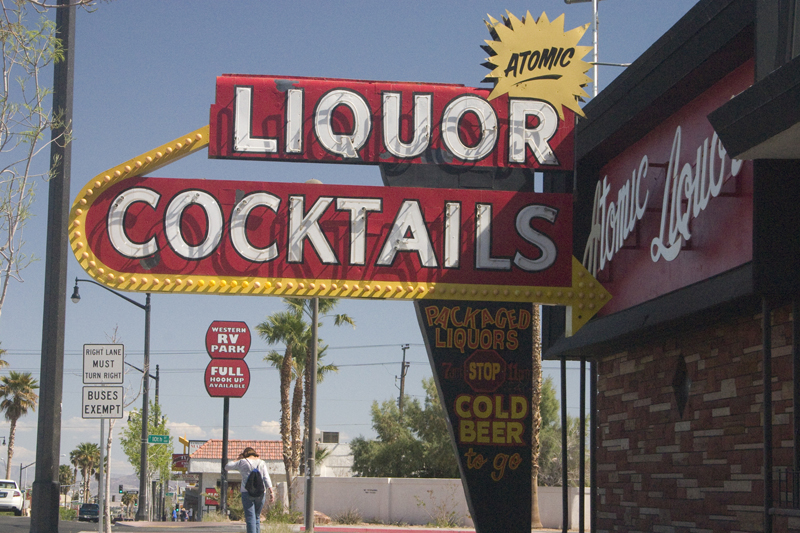 Because of its geographic location -- a short walk from the strip of popular casinos on Fremont Street (popular for the day) -- Atomic Liquors quickly became a local's spot.

Cocktail waitresses, dealers, pit bosses and casino performers would make their way to the bar after their shifts were over and, because it was away from the crowds of the casinos, celebrities were often spotted there.

Regulars included Barbara Streisand (she has an honorary stool there today), the Smothers Brothers, Frank Sinatra, Sammy Davis Jr., and Dean Martin (The Rat Pack). It's even rumored that Jimmy Hoffa was known to drop in from time to time (in fact, he may still be there).

Atomic Liquors was the essence of Vegas in the golden days of the 1950s and '60s. From the Atomic testing just up the road, the celebrity patrons of the day, casino workers, mobsters and law enforcement officers, it represented Vegas as it was: a melting pot of talent, dreams, criminals and the workers that made the fantasy of Las Vegas possible.

But then in the 1980s and '90s the bar fell victim to the downturn of Fremont Street, the downturn in the economy, and general urban decay, and vagrants replaced the stars and casino workers and Atomic Liquors went from the "go-to" bar to the bar to avoid.

Owners Joe and Stella never gave up on the place and always felt that with the right turn of events Atomic Liquors would again become the popular, respected and somewhat majestic saloon that it once was.

Unfortunately both Joe and Stella passed away in 2011 and the bar was forced to close before that ever occurred.

Today, though, the bar has been taken over by a group of local businessmen who have spent a significant amount of time, effort and money restoring this iconic bar to her previous glory. Atomic Liquors now features a remodeled but classic interior, a cocktail menu with a mix of both new and period cocktails, and a nod to her history and notoriety at every turn -- including the rolling video of mushroom clouds above the urinals in the men's room (didn't check the women's rooms). 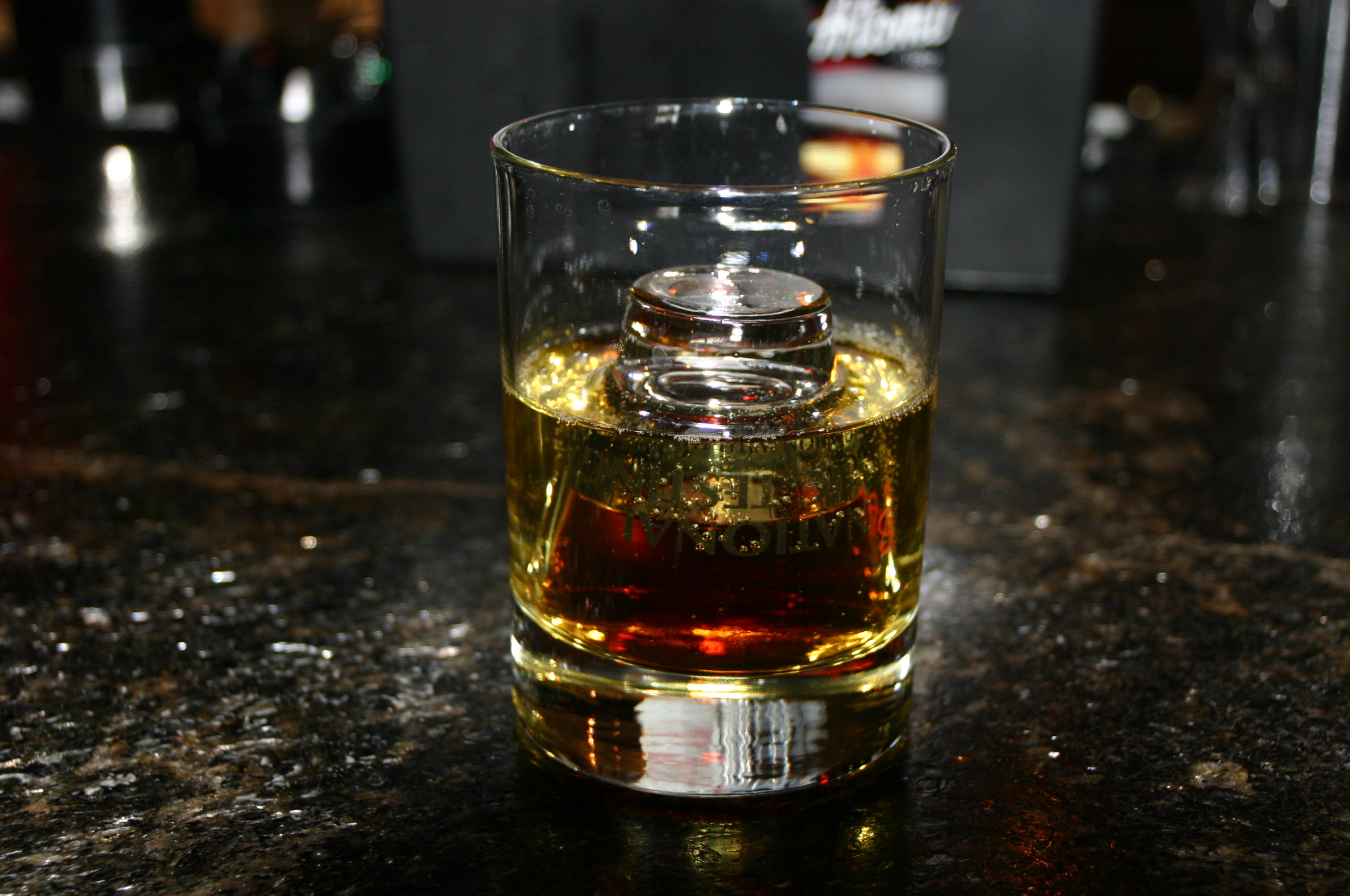 The bar also recently partnered with with the National Atomic Testing Museum to create the museums official drink, The F Bomb (pictured above.) An ode to the heat and energy of the Atom, the drink is made with fireball whiskey, Fernet and Atomic's own custom energy drink.

The location of Atomic Liquors might discourage some from going. It's nowhere near the Strip, and it's even an intimidating distance from the relative safety of the madhouse that is the Fremont Street Experience, but it's worth the cost of the cab ride to go.

Sure in the bars along Las Vegas Boulevard you might spot someone famous. No doubt if you hit one of the nightclubs there you'll be drinking in a place where a member of today's batch of movie-stars and starlets probably hang out.

But you won't be drinking where the legends drank. To sit at the bar that once hosted the Rat Pack, that once hosted mobsters and other really famous people is something entirely different. These are people in the history books. The others are people on the covers of those bargain-bin DVDs you find at Walmart.

The next time you visit the Strip, get off the Strip as fast as you can, catch a cab and tell the driver to take you to Atomic Liquors on Freemont Street. Then spend a night soaking up the history of the city's past.