Looking through all of the current fall fashion magazines you would think we were back in the '80s. It's all fur and leather on everyone all the time. Again? But just where exactly do the skins for those $50,000 crocodile jackets come from? Where did the cattle that Fendi uses to make that clutch grow up? Let's not even start with the mink, fox and rabbit. 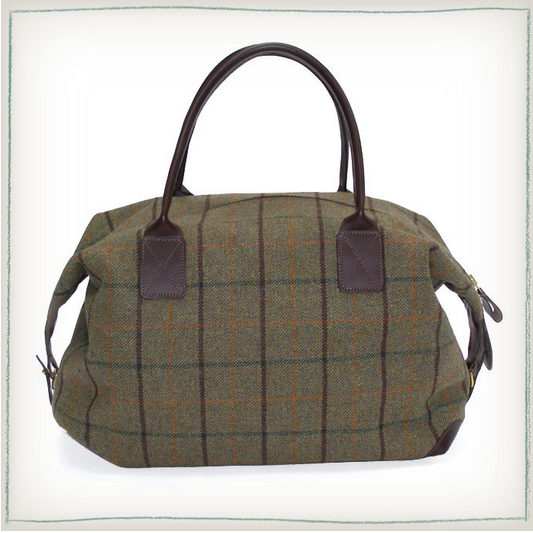 ('The Drover', by Fraser Balgowan)

Now don't think this is some woebegone PETA rampage, I eat meat and wear leather but once I met the fine fettled Fiona Fraser and her handsome husband Ewan of Fraser Balgowan, all these thoughts sprang to mind. You see, their new line (launching at Saks this month) uses deer hide from deerstalkers based way up in the romantic Scottish Highlands. The deer live bucolic lives gallivanting through cold streams and lush heather fields on great estates until it's time for their herd to be culled. It is then that Ewan and other deer stalkers thin the herd and use the skins for his wife's luxurious new line, all made in Scotland by the best artisans. And don't fret, the meat goes to the butcher and even the naughty bits are sent to China for medicinal purposes -- every part of the deer is used. Like the bandied about term, 'Slow Food', consider this 'Slow Luxury.' 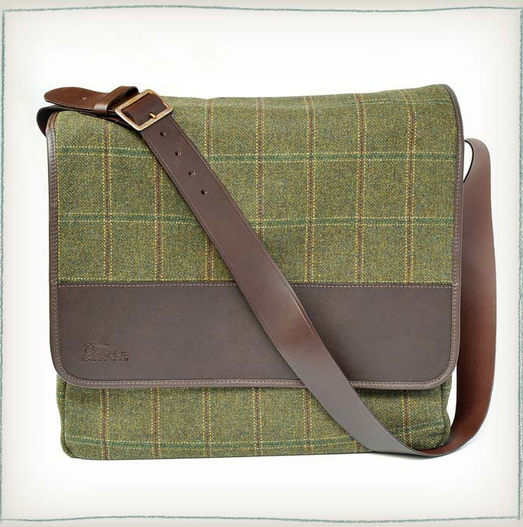 I met Fiona last year through a mutual friend, and being a huge Scottish aficionado (I even own a Scottie named Fergus), we were friends as soon as she opened her mouth and giggled a sweet little, "Oooooh Helloooow!" Fiona explained the concept of her brand, Fraser Balgowan; the name comes from what the sheep sellers shout when their sheep go to market, combining their last name and their village. She then related what all goes into the totes, weekend bags, dop kits, iPad holders and handbags all crafted with Red Deer hide and lined with tweeds from various eponymous mills from the Hebrides.

Let me stop for a minute and explain Deer Stalkers. They have been around for several centuries in order to control (cull) the population of of six wild species of deer across the U.K. Stalkers watch the herd all year, following their trails, making sure they are healthy and culling when needed. Some, including Ewan take weekend hunters out on the culls to participate and take home their own trophies (and damn good venison). Fiona came up with the concept of letting clients experience deer stalking with Ewan and using the hide of the deer to create their very own Fraser Balgowan bag. Clients even get to be involved in the design process and pick out which tweed they would like for the accents and lining. 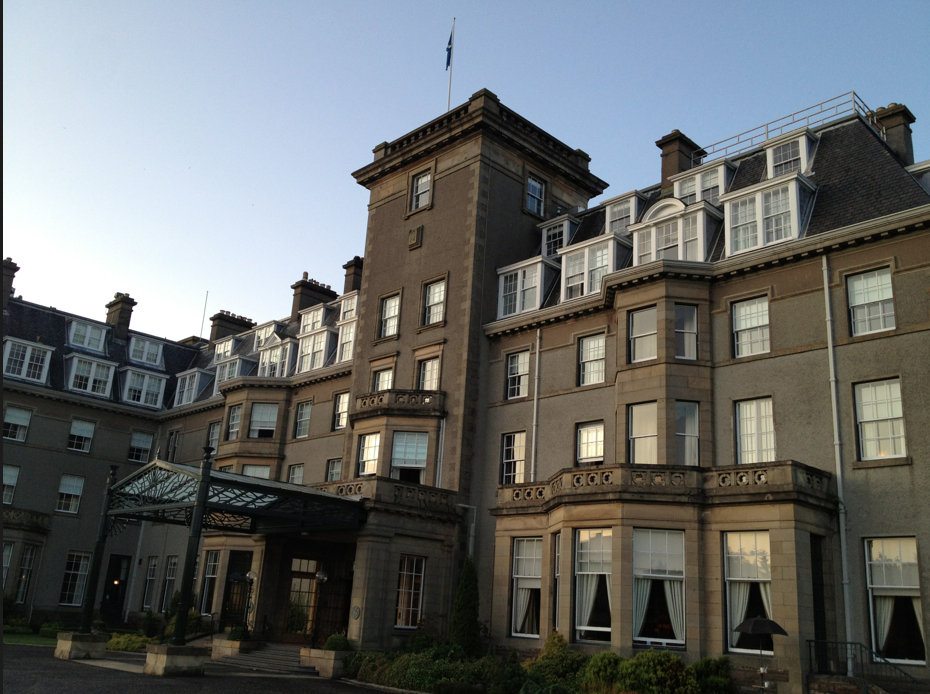 I decided I needed to witness this process for myself so I booked a room at Gleneagles, Scotland's old world resort which opened in 1924, and decided to take a stalk with Ewan. On an early misty morning, I met Fiona and we drove an hour upcountry to meet with Ewan at their farm where we would then go, man and man, to the farthest depths of the Highlands to stalk. Let me just say I have never killed anything in my life (except a fly) and when I once participated in a dove hunt with my dad I would screech when the shots rang out and run amok trying to rescue nearly dead doves. I wasn't invited on another hunt. This was a very big deal for me, to kill something myself. 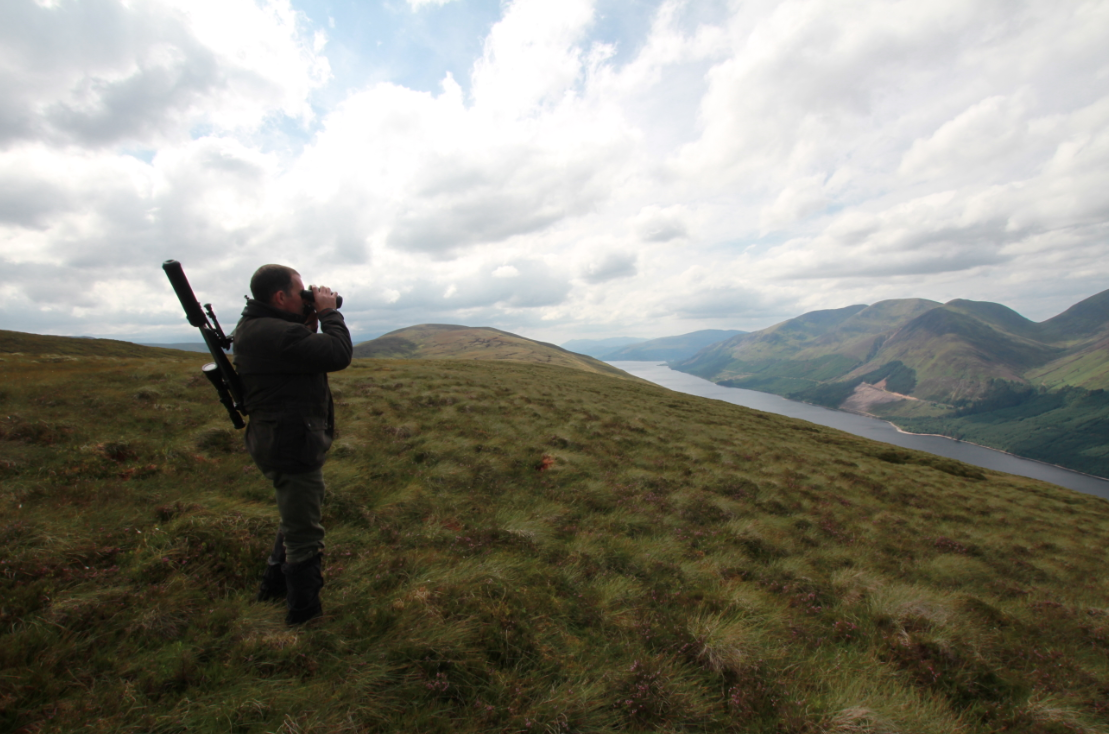 Ewan met me in a proper deer stalker's kit -- plus fours in heavy tweed, knitted knee high socks and sturdy hiking boots, a Barbour coat and tweed cap. Ewan is a gentle giant, nearly whispering in his soft Highland accent making sure I had everything I needed -- water, gun, binoculars, Scotch -- and then we set out. We hooked up a trailer containing an Argo for when we reached steep cliffs that a car can't climb. If men really do compete to collect the most toys before death, Ewan will win for the Argo. The Canadian made vehicle has eight massive wheels and a flat bed on the back for storage (or game hauling) and can go nearly vertical up mountain sides and down steep ravines. As soon as we arrived on the estate where we would hunt I was overwhelmed with the silence and beauty. A far cry from Manhattan. 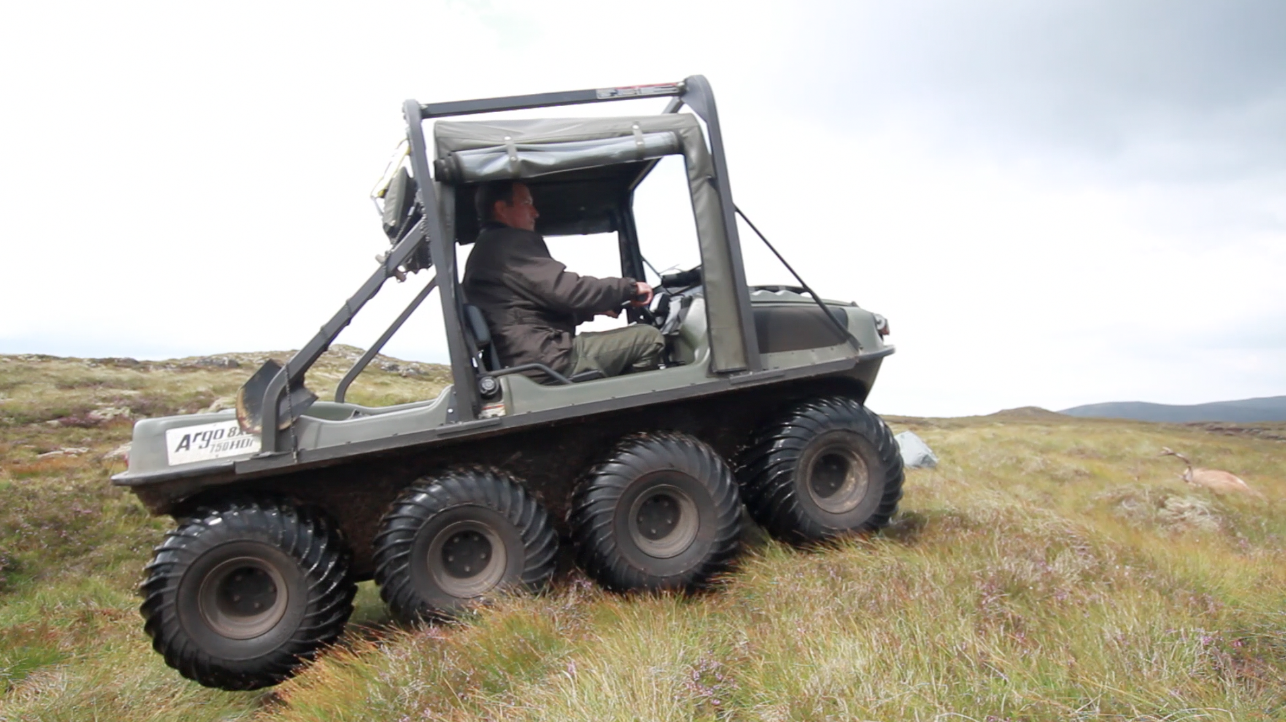 The Argo in effect! Photo courtesy of Matt Brown

We collected our equipment and Ewan's handy walking stick and climbed into the Argo for a bumpy ride to the top of the mountain. You see, the deer climb to the very top to avoid the midges (mosquito type pests) during the day. It's simply too windy for bugs, and nearly for me. As we looked around Ewan whispered, "Nooot bad for an office is it?", with his clipped accent and a quick wink. I gazed in amazement at the rough beauty of the wild landscape. We hiked for about three hours. We saw a herd, or rather they saw us from a hill top and instantly darted away. So we wandered through the glorious heather, peat and red bog moss until Ewan spotted them again. We dropped to the ground, scuttled on our stomachs until we could get a better view, he kicked the tripod of the gun up and I aimed for the front shoulder as directed. My heart skipped, I held my breath and whispered a prayer of forgiveness and it was all over (Lucky for me and the deer I was a good shot!). The stag dropped in almost immediately. I don't think I have ever gone through so many emotions at once -- pride, grief, love and respect. 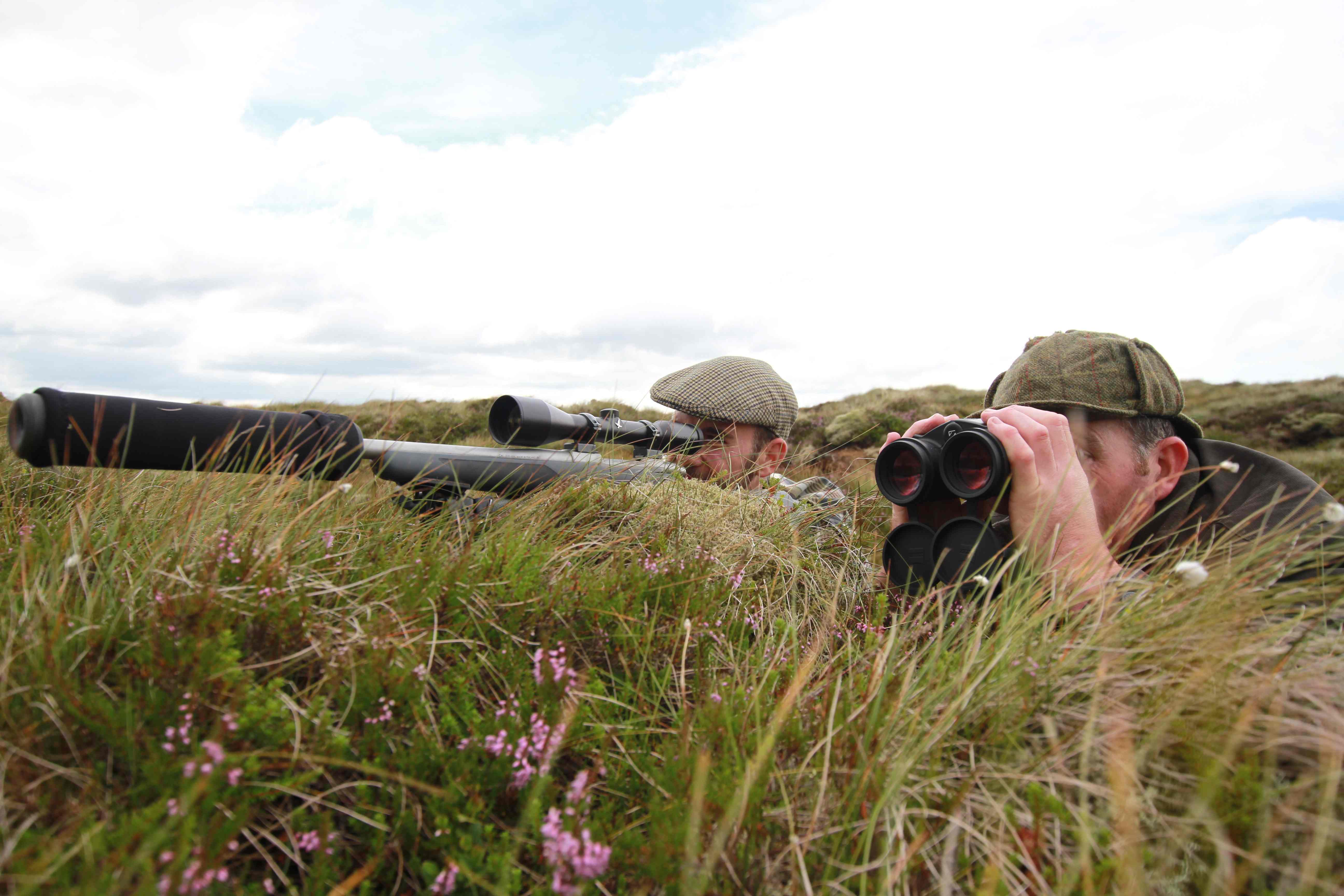 We hauled the stag into the Argo and drove back to the jeep then drove back to the farm where I presented Ewan with a bottle of Scotch, a traditional thank you to a deer stalker, and we both swilled way more than we needed but it certainly helped with my nerves. Ewan hung the stag in the larder, shook my hand and went back to tend his sheep, and dogs. Fiona drove me back to GlenEagles where we had a divine dinner at the only Michelin two star restaurant in Scotland, Andrew Fairlie.

The next day Fiona and I designed my dream tote, picked out my tweed, discussed the number of pockets and length of straps, and then toasted the results of our collaboration which I should receive in eight to 10 weeks. 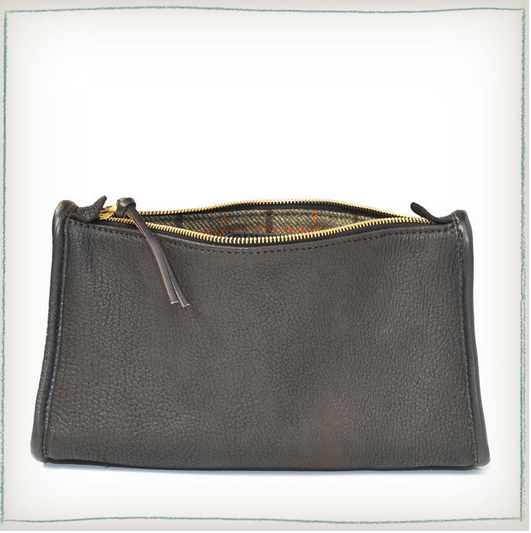 I look forward to running around town and country this winter with my new deer hide bag knowing exactly where it came from, the process it took to get it to its present state and the fact that that beautiful stag lived a serene life way up in the foggy, chilly, windy and romantic Scottish Highlands. That's certainly more than I can guarantee for my Hermès leather belt. The game changer has arrived. 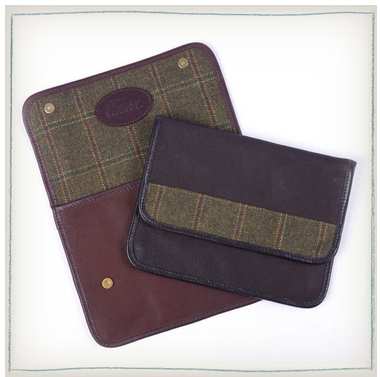