If the dramatic conclusion to the 2013 Iron Bowl truly was the greatest finish in college football history then these reactions by Auburn fans may have been totally appropriate. Even if they weren't, they definitely convey the mind-blowing, season-altering improbability of Auburn's game-winning touchdown against Alabama.

Here is a look at several of the most notable fan reactions to surface on YouTube courtesy of ESPN:

For those who missed the marquee clash between Alabama and Auburn, here is a look at the stunning conclusion that shook up the BCS title race and sent these fans into hysterics. With one second remaining on the clock and the score deadlocked 28-28, Alabama attempted a 57-yard field for the win. The kick came up short and was returned the lenght of the field by Auburn's Chris Davis for a game-winning touchdown.

Yeah, that happened. The crowd at Jordan-Hare Stadium -- and watching at homes around the country -- understandably went wild. 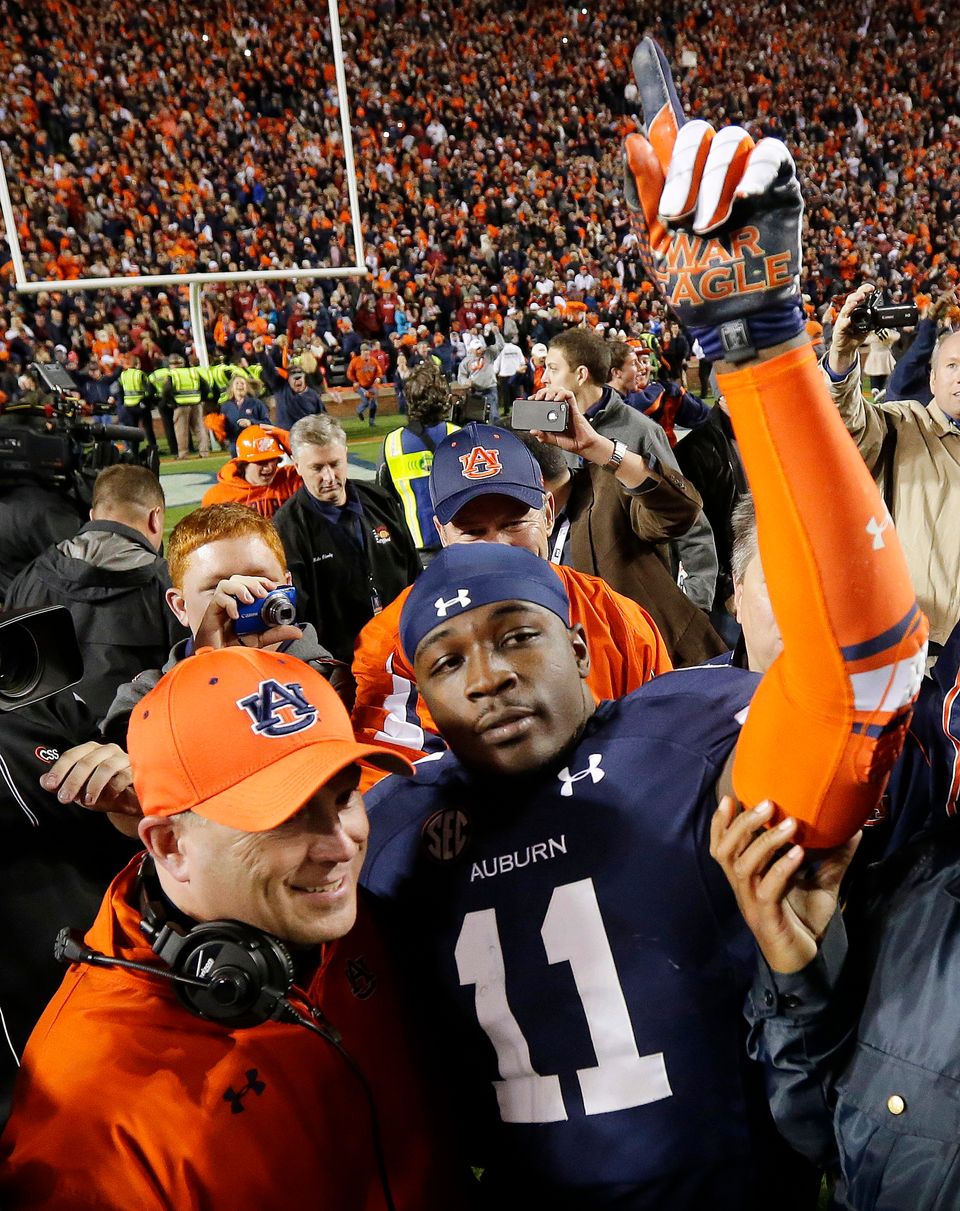