When Washington puts policy on the auction block, bankers are consistently the highest bidders.

The industry's most striking victory has been the watering down of post-financial crisis reforms, to the point that banks are now bigger than ever and the bonuses keep flowing. But Wall Street's campaign spending and lobbying power is so intimidating that banks have repeatedly stuck the public with the tab for their losses and no one in Washington stops them.

Why hasn't the government done something about outrageous ATM fees? Or credit card interest rates up to 30 percent? Bankers' clout is such that common-sense pro-consumer legislation is presumptively dead on arrival at Capitol Hill if it threatens banks' revenue streams.

An epic recent battle between consumers and Wall Street was fought over a congressional proposal to give bankruptcy judges the legal authority to modify principal balances on mortgages in a way that is fair to both parties. Known as "cramdown," it would have allowed more than a million ordinary Americans to keep their homes. But because it would have leveled the playing field between banks and debtors -- and would have forced banks to officially recognize losses they don't want to acknowledge -- the financial services industry fought cramdown with everything it had.

In May 2009, toward the end of his futile battle for cramdown, Sen. Dick Durbin (D-Ill.) famously told a radio host, "And the banks -- hard to believe in a time when we're facing a banking crisis that many of the banks created -- are still the most powerful lobby on Capitol Hill. And they frankly own the place."

Consider the numbers: The finance, insurance and real estate (FIRE) sector combined to spend $6.8 billion on federal lobbying and campaign contributions from 1998 through 2011, according to the Center for Responsive Politics' examination of public records. That's $1 billion more than any other sector spent on Washington.

A recent study by the Sunlight Foundation found that individuals within the FIRE sector were head and shoulders above those in other industries in making large campaign contributions.

And more than half of the lobbyists working for the FIRE sector are ex-government officials -- in many cases, onetime lawmakers and staffers who helped write laws that deregulated the industry. When in need, the banks can call on the firepower of former Senate leaders like Phil Gramm, Trent Lott and Bob Dole and former House leaders like Dennis Hastert, Dick Armey and Dick Gephardt.

Despite widespread public support, an attempt by Durbin and firebrand Sen. Bernie Sanders (I-Vt.) to cap interest rates on credit cards in 2009 was doomed by industry opposition.

Starting in February of that year, reports emerged that millions of cardholders were being told their interest rates would go up -- in some cases to 30 percent -- if they missed even one payment. Then-Sen. Chris Dodd (D-Conn.) concluded that lenders were "gouging" customers to make up for losses. Readers told The Huffington Post their stories of woe.

By April, the backlash on Capitol Hill led Sanders to propose an interest rate cap of 15 percent. "We both want to reinstitute the notion of a usury law for the United States," Durbin told HuffPost's Ryan Grim.

But that very same day, the Sanders amendment died in the Senate with only 33 votes. It needed 60.

The Times somberly explained, "The banking industry, which had some heavyweight representatives monitoring the vote, warned that an interest rate limit could cause a sour reaction in the financial markets."

A year later, in May 2010, Sen. Sheldon Whitehouse (D-R.I.) introduced an amendment that would have allowed individual states to cap credit card interest rates. The goal was to close a federal loophole that permitted credit card companies to headquarter in states with looser rules, like South Dakota and Delaware, and charge whatever they wanted to charge nationwide.

Also in May 2010, Sen. Tom Harkin (D-Iowa) launched a campaign to cap ATM transaction fees. Noting that ATM fees average $2.50 and can run as high as $5 -- while the real cost of processing a transaction is about 35 cents -- Harkin proposed to cap fees at 50 cents. "The burden falls more heavily on low-income and moderate-income people," he noted. "That is grossly unfair."

Banks opposed the idea, arguing that capping fees would just lead to fewer cash machines, including those owned by banks.

Harkin couldn't even get a floor vote. Two weeks after he first put forth his proposed amendment to the Dodd-Frank financial reform legislation, he took to the Senate floor and asked to be heard. It was his own party chief, Senate Majority Leader Harry Reid (D-Nev.), who denied his request -- because the Republicans hadn't agreed to it.

"What kind of games are being played around here?" Harkin asked the Senate chamber. "I've had this amendment pending ever since the beginning. And I have not been allowed to bring it up."

BANKS GET THEIR WAY

So what explains the banks' ability time and again to kill bills that threaten their bottom line?

"They make an awful lot of campaign contributions," said Levitin. That "would be number one. They aren't making those just out of the goodness of their heart. They're hoping that it gets them some influence. It certainly gets them an audience at the very least."

Then there are the "army of lobbyists," Levitin said. "I think it's hard for your average citizen to understand the intensity of lobbying of both people on the Hill and in government agencies."

Alongside the professional lobbyists come actual bankers -- but not necessarily the Wall Street crowd, even though they have the most at stake. The financial industry brings in local bankers, often from the lawmakers' own districts.

"The banks that really had the big portfolios were not the face of the opposition," recalled Rep. Brad Miller (D-N.C.), who championed cramdown on the House side. "The [American Bankers Association] always sends up the owner of some three-branch community bank instead."

"The community banks and credit unions have outsized political influence relative to their role in the economy," Levitin explained. Members of Congress will always make time for them.

In March 2009, after the House Democratic leadership made a "herculean effort," Miller said, the cramdown measure passed the lower chamber 234-191.

But in the Senate, thanks to ferocious bank lobbying -- and a puzzling lack of support, if not outright opposition, from the Obama administration -- it was defeated by a wide margin, with the bill falling 15 votes short of the 60 needed to cut off debate and move to a final vote.

After the vote, Durbin despaired to HuffPost reporter Grim, "Frankly, I can't match what the bankers are doing in terms of lobbying."

Meanwhile, David Kittle, chairman of the Mortgage Bankers Association, gleefully told the American News Project, "We led the way on this, and we are clearly responsible for defeating this for the third time in the last year."

Durbin told Grim he still held out some hope for the future: "When the voters speak, some elected officials listen. So I hope that, if we fail on mortgage foreclosure and we fail on credit card reform, I hope that people in this country will stand up and say to Congress, 'You've got the wrong friends.'" 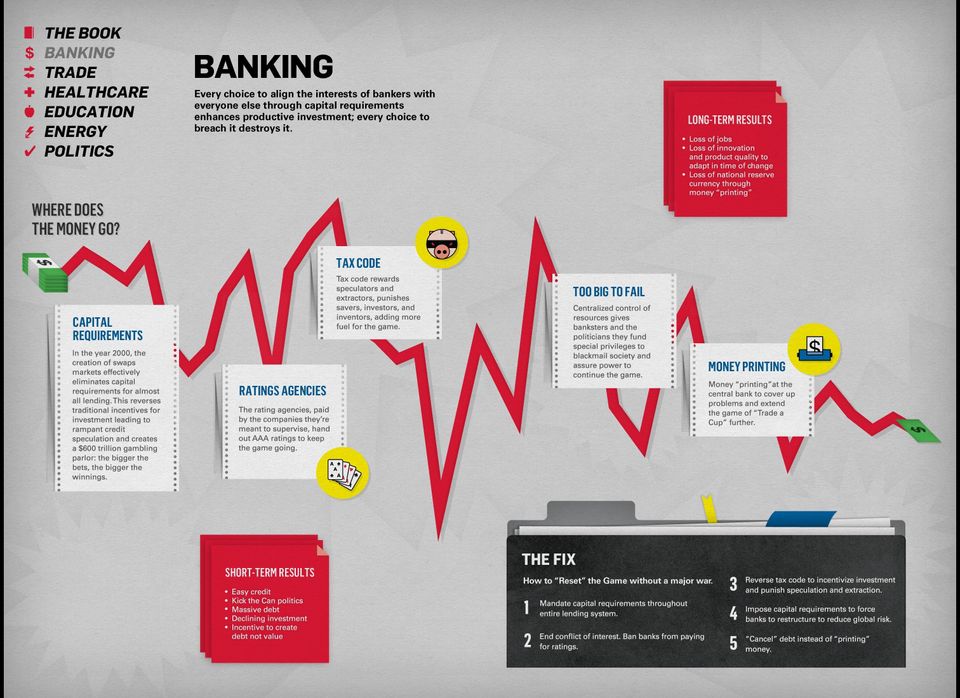