This August, like hundreds, maybe thousands of writers dedicated to improving their craft, I'll receive a Masters of Fine Arts degree in Creative Writing. Like many MFA students with full time jobs, I've been engaged in a 3-year low-residency program that entails 10-days of intensive workshops once a year, lectures and the like followed by reading and writing with the guidance of a mentor. But unlike many of the other low-residency MFA students, I have managed to fulfill the reading and critical paper requirements while hardly cracking a book. 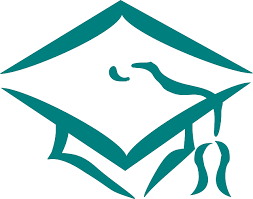 "Poppycock! Balderdash! Bull puckey!" cries the peanut gallery. But wait! Not only did I manage to reallocate the time I might have spent reading to writing, but I dramatically enhanced my hours in the car. Rather than sit in traffic and grinding my teeth, I travelled to faraway places: the Congo River in search of the legendary Mister Kurtz, nineteenth century Russian villages with The Brothers Karamazov, Dickens' London, the sugar cane fields of the Dominican Republic with Oscar Wao, the great plains of Saskatchewan with Del Parsons, and the colonial cities of the Colombian coast with the late great Gabriel Garcia Marquez. All in service to my schoolwork. Doesn't sound fair, does it?

When I told the professors at the Rainier Writing Workshop at Pacific Lutheran University that I had completed the program requirements by listening to audiobooks, there were a few raised eyebrows. Rick Barot, Director of the Rainier Writing Workshop, commented that while he has "no issue whatsoever with anyone conducting their 'reading' in the way that you have... using audiobooks almost exclusively seems unusual indeed." The truth is I didn't solely rely on audiobooks. If I did I would have to be a very fast transcriber to get the necessary quotes needed to write viable criticism. While I was listening I would use the "bookmark" function in the Audible iPhone app to identify important passages (an exercise best performed at a stoplight). Then, when it came time to write the associated critical paper, I would either hit the library, download the Kindle or iBook, or buy the paperback if it was a work I wanted in my library.

I know it sounds like I'm an investor in the burgeoning audiobooks business. Hardly. Instead, I'm sharing my experience for several reasons: First, under the right circumstances it may be an approach for folks that figure they don't have time to pursue an MFA degree. Second, listening to a professional voice actor read a great or classic literary work adds a dimension to the educational and entertainment experience that, in my opinion, is an art form unto itself. Listening to Simon Vance uniquely personify over 30 Dickens characters in Bleak House was a jaw-dropping experience. Grover Gardner's rendering of Lance Lamar in Walker Percy's Lancelot is as engrossing as it is, in the end, terrifying, as is Joe Barrett's personification of Eugene Henderson in the Saul Bellow classic, Henderson The Rain King. And Roy MacMillan's Don Quixote, particularly his characterization of the hapless Sancho Panza, will have you cracking up at the wheel. In a good way.

Of course you don't have to be an MFA student or a writer to get max enjoyment from audiobooks. If you believe what Flaubert said about his desire for Madame Bovary to "give psychological analysis the rapidity, clarity, passion of a purely dramatic narration," the sound of the work becomes critically important. Even after Gutenberg's first printing press, books and reading remained the domain of the upper classes for another three centuries. Everybody else listened to the storyteller. In a way the current popularity of audiobooks is a renaissance of the spoken-word and storytelling in the most classic sense.

As far as effective learning is concerned, it has long been known that, depending on the topic and the context, humans are more likely to remember content that they've heard. Today, a query of "reading versus listening to books" turns up 298 million Google results, no doubt rife with scientific white papers ad infinitum about the studies that demonstrate why "hearing" a book, in certain circumstances, is more memorable than reading a book. For example a 2012 article on the PsychCentral blog cites a study that indicates that reading interferes with imagery.

"Reading and imagining both require visual representation. It appears that when the visual bits of our brain are busy taking in the written word, there's less of them available for creating an image of the content."

That's not to suggest a driver should be visualizing white whales instead of stop signs, but it does suggest that listening to an audiobook might be a more engrossing experience. Again, in the case of Madame Bovary, the difference between listening to a professional narrator read and actually reading the words on the page is quite profound. While the reading experience can be powerful, when I read I find myself stopping to think about things, going back, looking up translations, pausing to conjure an image in my head, re-reading and re-reading again. You really can't practically do any of these things when you're listening to an audiobook, especially while you're driving. Even rewinding a story in the iPhone Audible app on the road is a dangerous proposition.

Naturally there was much to read for the Rainier Writing Workshop program that was not available on audiobook and probably never will be. Books that re-invent language like Riddley Walker by Russell Hoban need to be seen, not heard. Few anthologies of short stories have made it to the audio realm. An Audible search on Raymond Carver comes up empty, though you will find the complete works of John Cheever, with many stories narrated by Meryl Streep. But if your focus is the novel, much of what you might want to read for your MFA is available on audiobook.

Of course the success of an audiobook is highly dependent on the quality of the narrator. Some highly acclaimed novels that I might have enjoyed as a reader were destroyed by poor performances: Another Country by James Baldwin comes to mind. When I listened to the opening paragraphs of Walker Percy's The Last Gentleman, narrated by the rather nasally voice of Wolfram Kandinsky, I almost returned the book. But after awhile I got used to Kandinsky's bizarre pronunciations ("deja vu" is pronounced "deja view") and his stiff, halting cadence, to the point where I liked it, like I eventually learned to like listening to Dylan's nasally whine.

Of course it helps to have time in your routine where you have to regularly drive for a half hour or so, or walk, take the bus, ride your bike, or just sack out on the sofa; time where your mind isn't required to cogitate on anything but what you're hearing. For this writer, audiobooks have brought the classics alive (wait 'til you hear Elijah Wood read The Adventures of Huckleberry Finn) in such a way that curling up under a cashmere blanket before a roaring fire on a dark and stormy night with a good book may never be the same.