As an attendee of Freedom Fest this month, I wore a couple of hats.

On the one hand (or should that be head?), I was there to promote my new book, "If You Can Keep It". On the other, I was there as a Communications Advisor at the request of the Tax Revolution Institute (TRI) to launch a remarkable and timely project: the first-ever independent audit of the IRS. 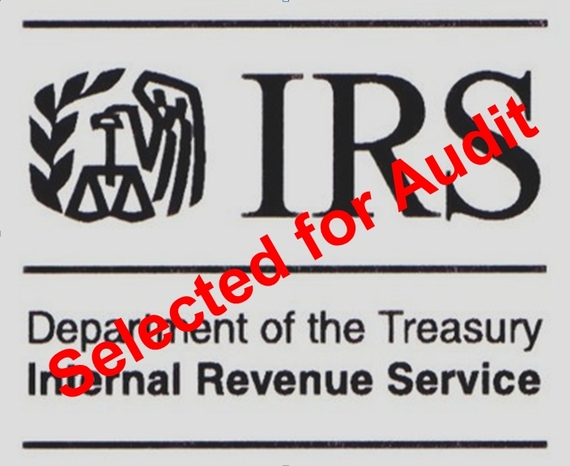 It is perhaps remarkable that no one has peered into the operations of the IRS, which has almost unrivaled power to peer into the private lives of others, if only to ensure that neither the agency itself nor the individuals within it are abusing that power.

Surely, there simply must be a body that oversees the IRS. After all, no government agency can operate with no oversight at all, can it?

And that is a remarkable fact.

Although there is an official body that is responsible for ensuring the propriety of the IRS' operations, called the "IRS Oversight Board", its website states only (and shockingly, given its implications),

The IRS Oversight Board does not currently have enough members confirmed by the U.S. Senate to make up a quorum and as a result has suspended operations.

Meanwhile, many Americans rightly or wrongly feel that the IRS behaves at times as if it is above the law. Its lack of oversight unfortunately ensures that such a feeling is not as far from practical reality as many of us would like to believe.

To get a handle on just how the IRS operates and its real impact on the lives of Americans, the first part of TRI's audit of the agency involves collecting stories from individuals about their personal experiences of the IRS. TRI expects that these stories will reveal patterns that will help to direct TRI's research professionals in conducting their independent audit.

Ultimately, TRI seeks to inform the American public of a myriad of aspects of the IRS, including its treatment of individuals and small businesses, its expectations of its employees, its work culture, its handling of its own finances, the advice given to taxpayers by the agency, and IRS policy and enforcement.

This all reads like a very tall order, because it is.

But what is already clear from working an exhibition table at Freedom Fest as attendees came up to it, keen to voice their support for TRI's efforts, is that the most important information that the audit will bring to light, in some ways, the easiest to collect.

I was nearly brought to tears on more than one occasion by stories by clearly innocent people who had their lives turned upside down not so much because they were audited by the IRS, but because of the way they were audited. What so many personal experiences of the IRS have in common is a threatening intrusion that takes no account of either personal circumstances (such as being in the last week of one's life, utterly incapacitated with cancer) or the obvious lack of the intent of the auditee to cheat.

When TRI launched this historic effort last week, the organization had no idea as to what to expect: were people's experiences broadly positive, neutral or negative; are there even a significant number of tax-payers who have had an experience of the IRS, good or bad, that is worthy of sharing - let alone recording, and so on?

It took only one day to find the answers - in what unfortunately seems to be a rich seam of real pain, experienced by real people, often shedding real tears as their shared their trauma with perhaps the first organization they have encountered that cares not only to listen but also to make the public aware of their pain.

The Tax Revolution Institute's work will be worthless if it is not driven with as much integrity and justice as the organization ultimately seeks to be manifest in the American Tax system. "Audit the IRS" will be worth watching if only to see how this avowedly non-partisan organization stays sufficiently detached to extract objective patterns from deeply subjective accounts.

We should not forget that the only legitimate end of all politics - including government agencies - is human being and their well-being, so an audit that doesn't start there wouldn't be much of an audit at all.

Returning from Freedom Fest, I find myself exercised by one thought, in particular.

In no area of our life - personal or political - do we deem to be acceptable the fact that people who have done nothing wrong remain in a state of fear or anxiety for an extended period but, strangely, we make one exception. When it comes to trying our honest best to comply with a tax code so complex (75,000 pages and growing) that barely any CPA can accurately work with it, we allow ourselves or many perfectly innocent fellow citizens to be frightened year in and year out by its enforcement.

Where I come from, a relationship in which one party is in continual or repeated fear of the other is called abusive. What is it about our nation's most ubiquitous agency that causes regular citizens to see it any differently?

If TRI's Audit of the IRS can answer that question, it will have done very deep work indeed.