So, yes, Monday at the Toronto International Film Festival will be the day forever remembered as the day 911 was called on a guy who was using his cell phone during a press and industry screening. There were, however, plenty of movies playing, too, including Alex Gibney's documentary on the downfall of Lance Armstrong and the world premiere of Oscar contender August: Osage County. So, let's round 'em up...

I know that I'm in the minority of the current human population by knowing very little about the source material of August: Osage County before I saw the film -- except that people keep mispronouncing the word "Osage." (In Missouri, at least, it's "O-Sage," not "Ossage.")

The Pulitzer Prize-winning stage play about a dysfunctional Oklahoma family coping with the suicide of the clan's patriarch translates well to the screen -- in the sense that I didn't feel like I was watching a recorded play. Though, it's certainly a performance film. So much scenery is chewed between Meryl Streep (as Violet, the bitter mother), Julia Roberts, Chris Cooper, Ewan McGregor and Benedict Cumberbatch, that the title of this movie could have been called August: Bubble Yum. Yet, even with all of those heavy hitters on board, Dermot Mulroney somehow manages to steal every one of his scenes. 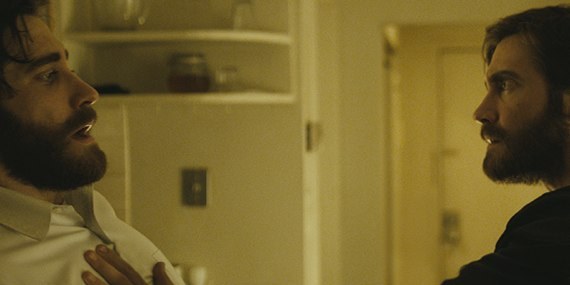 Boy, this one's quite the twizzler. This is the other Denis Villeneuve/Jake Gyllenhaal collaboration (the first being the more high profile Prisoners) and it's ... something else. As I type, I saw this movie 22 hours ago and I still don't know what to make of the final scene. It's one of the most bizarre, confusing and scary last scenes that I've ever seen.

The premise sounds like a wacky comedy: Gyllenhaal plays Adam Bell, a Toronto college professor who, while watching a movie, notices that one of the minor characters -- billed as "Bellhop #3" -- looks exactly like him. Bell then tracks down his doppelgänger, Anthony Clair, and the results are ... really, really weird. When I interviewed Gyllenhaal earlier in the festival, he told me to "put my thinking cap on" before I saw Enemy. Well, I did and it didn't work. Regardless, this movie is fascinating and is one of my favorites of the festival. 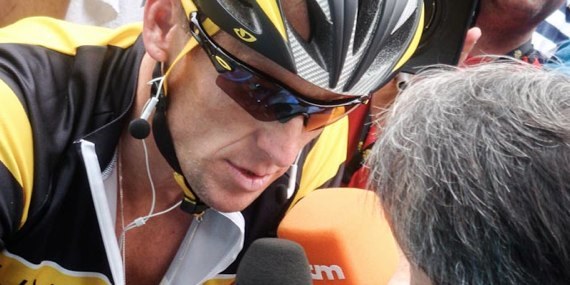 Alex Gibney had complete access to Lance Armstrong during Armstrong's comeback bid at the 2009 Tour de France. As Gibney points out, the original intention was to make an inspirational movie about Armstrong.

Then Armstrong's world fell apart with his admission to doping, which drastically changed Gibney's narrative.

This isn't a straightforward telling of Armstrong's downfall. Gibney had full access to Armstrong right before the storm that brought him down -- and then Gibney demanded access again, basically in a, "You lied to me, you owe me this," kind of way. Armstrong complied. It is fascinating to compare the person Gibney interviewed in 2009 to the guy he once again interviews in 2013, because it barely resembles the same person.

Based on a true story, "Philomena" focuses on disgraced journalist Martin Sixsmith (Steve Coogan) who pursues a human interest story about an Irish mother named Philomena (Judi Dench), who is searching for her son that was taken away from her at an early age by the Catholic Church and sold to a wealthy American family.

This is a sweet film -- and Coogan and Dench have a good chemistry. But, it's almost too sweet. This movie really wants you to cry. Luckily for the movie, in my weakened state, beaten down by a lack of sleep, I did find myself tearing up on multiple occasions. And the outcome of their search is not at all what I was expecting.

I will spare you the Bob Seger joke here. (Though, dumb references like that are much funnier when you are on very little sleep.) Night Moves is about eco-terrorists, but this isn't The East. This is about a small group of three people -- played by Jesse Eisenberg, Dakota Fanning and Peter Sarsgaard -- who plot to blow up a dam. And, for the first half of the film, we watch the in-depth intricacies of that plan. Unfortunately, some unforeseen results occur and, then, we watch the fallout. Their intention may have been environmentally motivated, but the result is three people on the run after a very serious crime and the constant paranoia that follows them.

There's one scene in this movie that prevents me from loving it. Instead, I like it. I can't talk about that scene for spoiler reasons, but I really wish that scene (because it's just too much, the stakes were already bad, so I don't know why it was necessary) were not in Kelly Reichardt's otherwise excellent thriller.

Supermensch The Legend of Shep Gordon 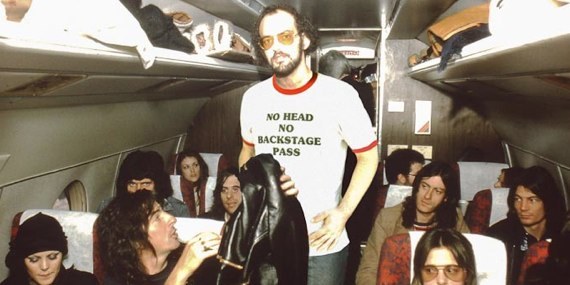 Sure, manager to the stars Shep Gordon has led an interesting life, but the draw here is that this is Mike Myers' directorial debut. And Myers does a fine enough job, though there are a few strange choices (using archive footage of people like Jimi Hendrix, only with dialogue narrated by Gordon, makes for an odd experience).

And, as stated, Gordon's life has been interesting - especially the first half. Or, at least the first half of this doc -- which covers, in depth, the drugs and the parties and Gordon's relationship with his first client, an up and comer named Alice Cooper. (The almost-plane crash scene in Almost Famous was inspired by a story that Gordon was involved in.) Unfortunately, by the time the story gets to an older Gordon hanging out with the Dalai Lama, the bite is gone.