This story originally appeared on A Teacher Like You. 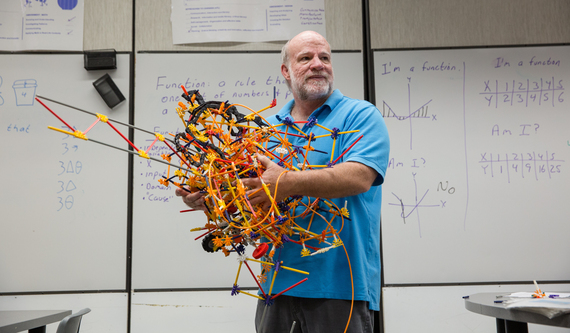 When I think about teaching, I go to these words: 'Teaching is the career that makes all the other careers possible.' People say that we make a difference, because we do.

Falling into a future.

"It's kind of funny actually -- teaching is my second career, but the first was so long ago that it's hard to imagine now. I originally got my degree in earth science and my master's in hydrogeology (the distribution and movement of groundwater). I interned for a county agency, but I just didn't see it going anywhere. I wanted something different.

So I started doing some volunteer work with a group locally, going into schools to talk about suicide prevention. Almost from the first conversations with those students, I looked around and thought, 'I've always liked being in school. Teaching could be an application of my training.' That very afternoon, I let my supervisor know that I was thinking about teaching, and he supported it. My family and friends all told me to go for it, so I starting taking education classes as soon as I could." 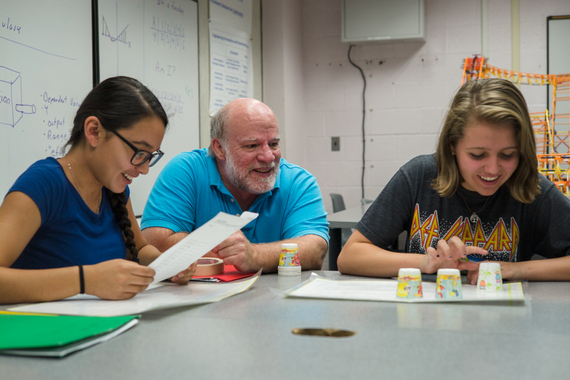 "Arizona is in a really tough place for education right now. Some polls are saying that teaching here is one of the worst climates in the country. Teachers are actually leaving. Last year, my school started with four to six open positions. Those classes started the year with substitutes, and by the end of the year, we got most of them filled -- but one class never did. They had substitutes for the entire year, and it was a huge challenge. So many teachers say, 'I can't imagine doing anything else.' But there are some who want to be doing anything else.

Part of the issue is how we're holding students and teachers accountable -- and right now, that's not through means that we really care about. The standards and the Common Core don't carry a tremendous amount of weight in real life. In Arizona, teachers are evaluated through a single score -- 36 percent is student test scores; part of it is administrator observation; and this year they're adding ten percent in student surveys. But we need a growth model for evaluation, not a number. It's just not the same thing as holding us accountable for ourselves." 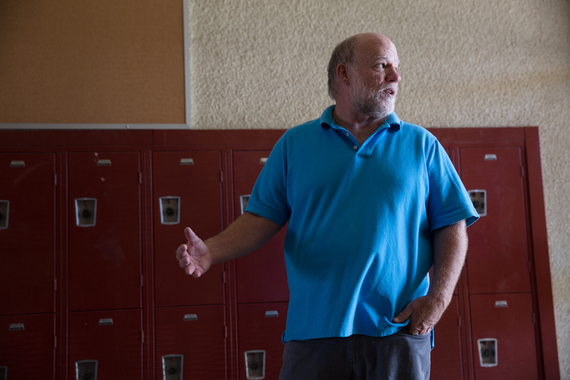 "Frankly, I think what keeps students engaged has completely changed, and it's had a major effect on education nationwide. The kids still like to learn as much as anyone, but they're more interested in autonomy now. Technology helps, but only if it's used to a meaningful end. Just relying on video games or doing PowerPoint assignments won't keep them engaged anymore.

For the students, I try to let them build their own units. They tell me what they want to learn, how they're going to learn it, and how they'll prove that they did learn it. They grade themselves (and it's worth half of their grade!) by answering questions on how the project went and why it was good or bad. But the questions I really look for are -- 'How will you grow?' 'What changes would Mr. Merz want to see in you?' 'How will your growth show through, and how does this reflection help you?' In that way, we're holding them accountable for how they're going to use this new knowledge. If they're limiting this activity to the assignment specifically, they're limiting themselves. But if they can connect it to themselves as a whole, they can use it to grow.

The crazy thing is, I don't think we need the Common Core to do any of that. The Common Core is sold as a way to raise standards and expectations -- but where were teachers' expectations before the Common Core, if they weren't already there? Last year, our principal told us to teach to our core values. And that's where I see hope. A principal, even with his job on the line with testing results and all, says to teach to your values -- what you can bring to education. That's what I want to do. And I think that's a more sustainable mindset." 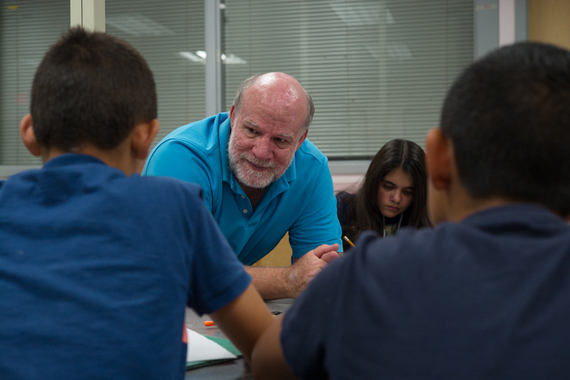 There's still so much good.

"When I think about teaching, I go to these words from education thought leader Barnett Berry: 'Teaching is the career that makes all the other careers possible.' People say that we make a difference because we do. Teaching doesn't feel like work -- it's just what I do. I know I could retire now, but I think I'm still pretty healthy and good at what I do. Not being a teacher is inconceivable to me.

At the end of every year, the teachers that work with 8th graders get to nominate a student for recognition at an honors ceremony. No student gets more than one award, so we can spread them out. The condition for teachers is that, if they nominate someone, they have to make a presentation on behalf of that student. Some are silly, some are heartwarming. The kids get embarrassed but the families are so warmed. And those nights, in May with the sun going down and the temperature finally cooling, the teachers all have lumps in their throats because they're talking about the kid that inspires them the most. Those are the golden moments." 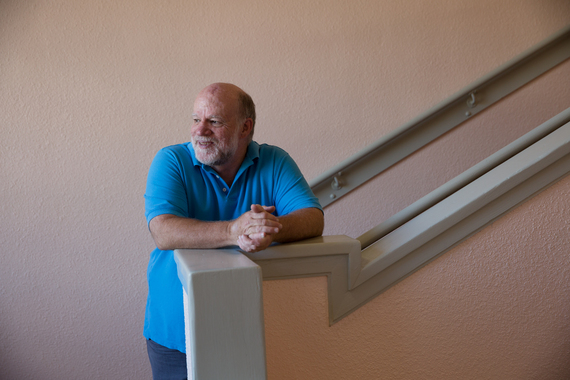