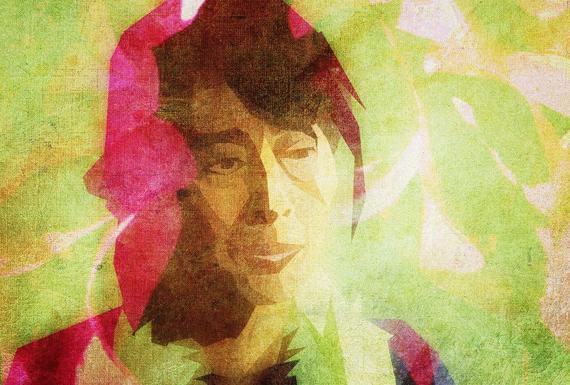 Aung San Suu Kyi, who has served as the standard bearer for the Burmese people's dream of a democratic state for two and a half decades, is now facing the biggest challenge of her political career. Her National League for Democracy (NLD) won the 2015 general elections by a landslide and, after months of negotiations, formed Myanmar's first civilian government in 50 years on March 30th.

However, will Suu Kyi manage to rise to the occasion or ultimately be doomed to disappoint? In other words, will Suu Kyi remain true to the beliefs she has professed over her years of house arrest and avoid becoming a partisan political figure? On the other hand, can she hope to make any significant and lasting change as a purely non-partisan figure? Despite Suu Kyi's newfound position as State Counselor, a position that is comparable to that of a Prime Minister, Burma remains at constant risk a Thailand-style military coup and a return to the junta of old.

Indeed, the recent thaw between the junta and the NLD in no way indicative of a decline in the military's influence. Burma's military leadership has rather chosen to step back and observe how the country performs while not directly under their auspices. Nonetheless, the constitutional articles that have kept Suu Kyi from holding the office of President - revolving around the British citizenship of her children and former husband - are still in place, as are the parts enshrining the military's role as ultimate kingmaker. The announcement of Suu Kyi as State Counselor is sure to have raised eyebrows among Naypyidaw's army powerbrokers, serving as the first test of how far she can go in putting Burma on a democratic path. Using this position to eliminate the laws preventing the emergence of a fully-fledged civilian government will demonstrate not just her commitment to reform but also how far the military will allow itself to be pushed. Suu Kyi has some very difficult decisions to make. She has to weigh the negative consequences of leaning too hard on the military establishment while simultaneously managing the expectations of a keenly interested international audience. As of now, the strain of these expectations is materializing most visibly in Suu Kyi's handling (or mishandling) of the minority Rohingya population.

Burma is not the only country to single out Muslim minorities for ill treatment. Indeed, some Southeast Asian nations are experiencing a rise in extremist feelings, the consequences of which have ranged from the displacement of Muslim populations to the horrors of officially sanctioned murder. The Rohingya, a migrant Muslim population described as one of the world's most persecuted minorities, have been at the forefront of these abuses. Many of Aung San Suu Kyi's international supporters expect her to halt these abuses, which include restrictions on movement and education as well as a blanket ban on voting or holding political office. However, her commitment to the Rohingya issue has been lukewarm to say the least. In a 2013interview on the matter with the BBC, the signs of strain showed themselves as "The Lady" of Burma stormed off the set afterwards and allegedly remarked: "No one told me I was going to be interviewed by a Muslim!" The dramatic slip of the halo on this particular occasion shows to just what extent that one issue is preying upon Suu Kyi's mind.

Hearsay comments about the BBC interview have prompted activists to launch a petition to strip Suu Kyi of her Nobel Prize. So far, upwards of 50,000 people have signed on. While such demands might be overblown, Suu Kyi's record on Rohingya rights is somewhat sketchy and does little to defend her intentions. In a country that is 90% Buddhist, however, making inroads with the Rohingya would have done little to endear her to the junta or the population. Her position on this issue is just one of the many tactical choices Suu Kyi has had to make along the way. As the leader of Burma's newly minted political establishment, her prerogative is now to keep the country on an even keel without letting up on the pressure she has applied to Burma's military elite.

Suu Kyi's first priority will be working towards amending the constitution first and foremost, as the document's pro-military provisions remain the main obstacle towards establishing a fully democratic Burmese state. This process is certain to be littered with trade-offs and backdoor politicking that can hardly be expected to charm observers hoping for a swifter end to the junta culture. Having maneuvered herself into a position where she has become the face of reform, Suu Kyi will also become the scapegoat if those reforms fail or do not go far enough. With a pressing issue like that surrounding the human rights of the Rohingya, there can be no choice - Aung San Suu Kyi, as the established voice of democracy and human rights as Burma, must be seen stepping up to the plate. Otherwise, a combination of half-hearted reforms and global disappointment with an enduring status quo will give Burma's generals exactly what they want: a fallen angel.