Though the massive solar storm that hit earth late yesterday may cause satellite disruptions and power outages over the next 24 hours, the news isn't all bad: Scientists predict the cosmic activity will expand the reach of the Aurora Borealis tonight, making it visible for more people around the globe.

A number of news outlets from areas normally much too far south to see the lights -- like New York and Philadelphia -- have reported that residents may get a rare opportunity to see them tonight.

But as the Geophysics Institute at the University of Alaska points out, predicting when and where people will be able to see the Northern Lights is often difficult, especially because sightings can be effected by weather phenomena like rain and clouds.

Luckily, a number of research institutes have developed tools available on the Internet to help people determine the probability of seeing the lights in their area.

The Geophysical Institute at the University of Alaska, Fairbanks, offers an Aurora forecast map that allows user to zoom in on their region. The map shows the approximate time a particular area will experience the greatest level of geomagnetic activity.

But in case the tool is down or lagging behind due to satellite interference, the institute also offers a more detailed set of maps showing the current "Geophysical Activity Forecast," a number measuring of the amount of geomagnetic activity in the atmosphere over a 3-hour period on a scale of 1 to 9.

Knowing the Geophysical Activity Forecast makes it possible to figure out the likelihood of seeing the lights using charts, the NOAA Space Weather Prediction Center explains in its guide to viewing the Aurora.

People can use the Prediction Center's charts to look up their "magnetic latitude" and see what level the Geophysical Activity Forecast needs to reach in order for them to see the Aurora. For example, the storms today are expected to produce a GAF number of 5, which means that anyone in a magnetic latitude above 56.3 degrees should theoretically be able to see the Aurora.

Soft Serve News also has an updated profile of current forecast measures and tools for helping people determine how they can view the lights from their area.

Watch a time lapse video of the Aurora Borealis recorded late Tuesday night and early morning, above, and check out two slideshows below featuring photos of the Northern Lights. 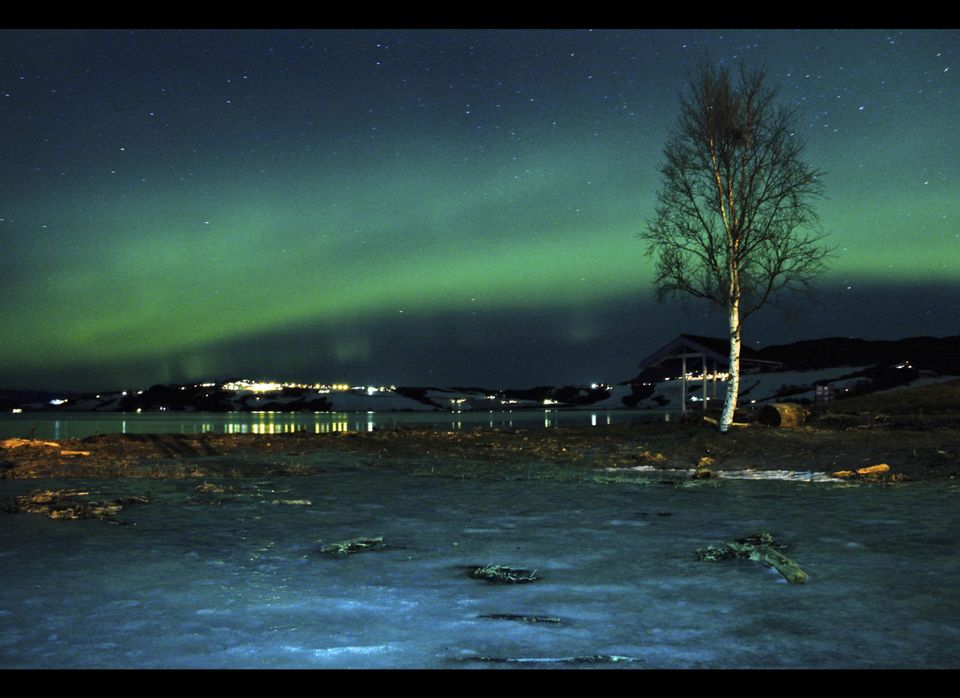 1 / 9
<em>From AP:</em> The aurora borealis, or Northern Lights, are seen near the city of Trondheim, Norway Tuesday Jan. 23, 2012. Stargazers were out in force in northern Europe on Tuesday, hoping to be awed by a spectacular showing of northern lights after the most powerful solar storm in six years. (AP Photo/Emil Bratt Borsting)
AP 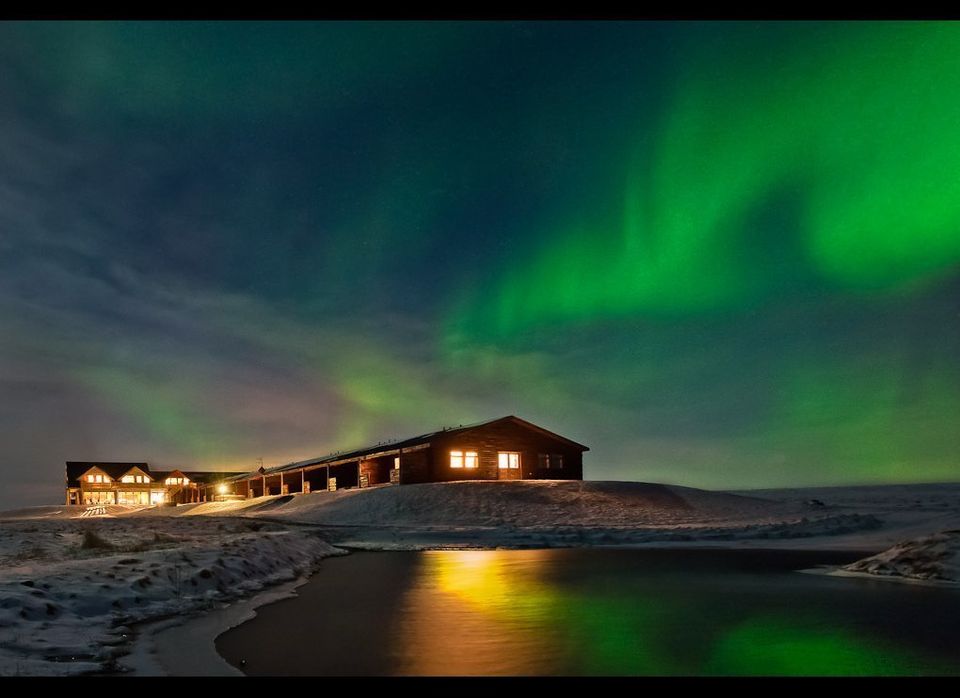