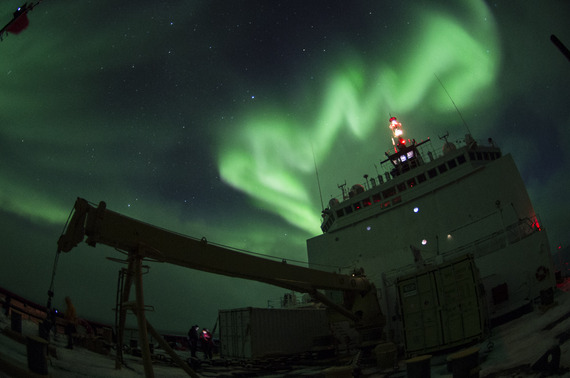 At night the skies have been alive with dancing green light and shooting stars. The Aurora Borealis occurs when electrically charged particles from the sun (solar wind) interact with gases in Earth's atmosphere. Solar wind is deflected by Earth's magnetic field over most of the planet, but the magnetic field is weaker at the north and south poles allowing some particles to enter the atmosphere. We have seen mostly green auroras that are created when solar wind interacts with oxygen within 60 miles of Earth's surface, there have also been some hints of red light from the interaction with oxygen at higher altitudes. Blue and purple colors can occur when solar wind interacts with nitrogen. All night you will find people on various decks of the ship with their heads up to the sky or faces pressed against the glass windows of the bridge which is kept dark to navigate at night. The U.S. National Oceanic and Atmospheric Administration uses satellite data and computer models to predict the location and visibility of the aurora everyday, we have been seeing a 4 out of 10 on the visibility scale and even that is spectacular. 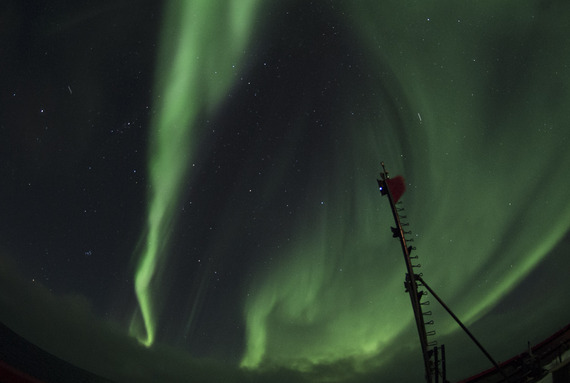