Two months to the day after temporary memorial sites began accumulating around the Century 16 theater following one of the worst mass shootings in the nation's history, the City of Aurora began taking them down.

According to a press release, with input from the victims' families, city staff and volunteers boxed and labeled all items to be stored under the supervision of the Aurora History Museum.

"On behalf of the Aurora community, many thanks to all those who visited the temporary memorial and left flowers, toys, words of comfort and other items reflecting sympathy and love," read a statement from the city.

Organic items like flowers and wreaths were mulched and recycled for use in neighboring city parks.

The 12 white crosses that had been brought by Greg Zanis of Illinois -- he had brought 15 for the victims and shooters of the Columbine massacre -- will either be delivered to the victims' families or stored for them, depending on their preference. Families will have access to stored items from the memorial at their convenience.

Banners and other signs expressing condolences have been made available for public viewing in the lobby of the Aurora Municipal Center. 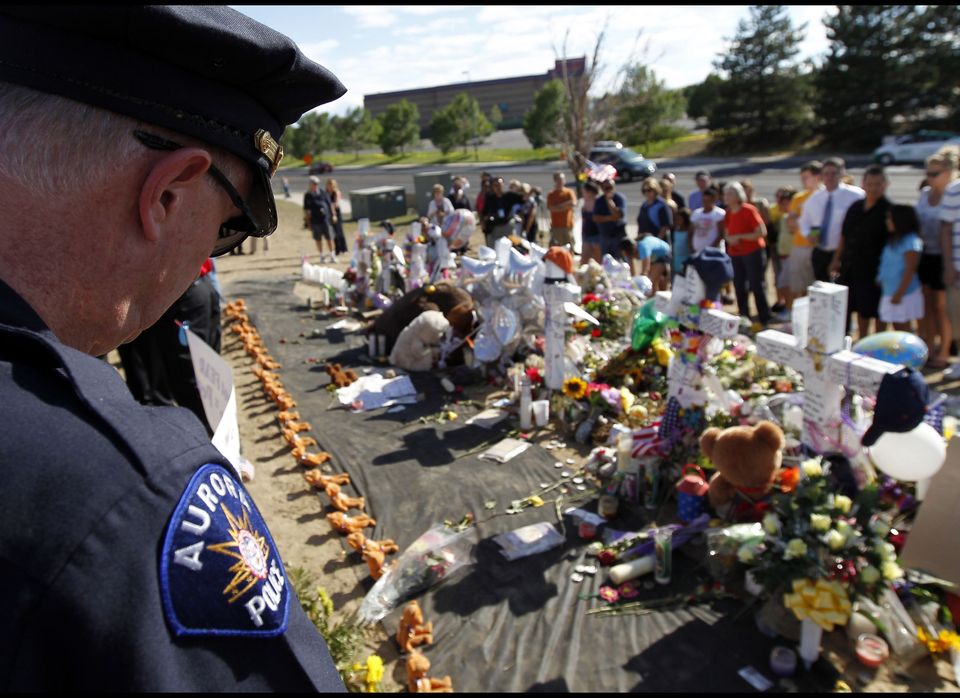