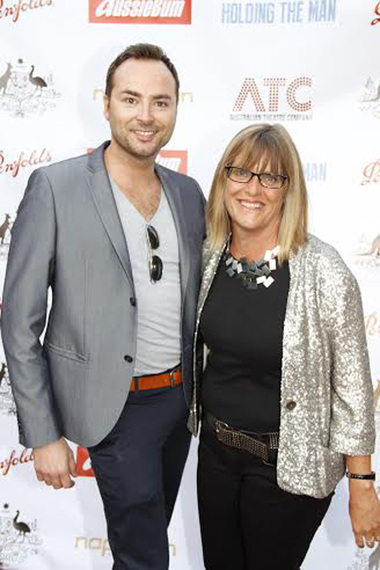 Over the past couple of decades, Australia has produced a bumper crop of movie icons, from Mel Gibson and Nicole Kidman to Hugh Jackman and Cate Blanchett. But what most fans don't realize is that many of these movie stars - and lots of other budding Aussie talent in Hollywood - cut their teeth in a booming theater scene in the land of Oz.

In recognition of the talent coming out of Australian theater, a group of Aussie actors in Hollywood have formed an LA-based Australian theater company, which will showcase the talents of Aussie actors and playwrights. The aptly named the "Australian Theatre Company," co-founded by actor/producers Nick Hardcastle and Nate Jones, will open its debut production, Holding the Man, on May 10th at the Matrix Theatre.

Holding the Man, which will be directed by veteran director and acting coach Larry Moss, is based on the best-selling memoir by Australian writer, actor and activist Timothy Conigrave, who died in 1994 of an AIDS-related illness. The memoir centered on Conigrave's 15-year relationship with his lover John Coleo, whom he met when they were both students at a Catholic boys school in Melbourne.

Conigrave's memoir was adapted for the stage in 2006 by Tommy Murphy, and was one of Australia's most successful stage productions, later moving to London for a run at the West End. "Holding the man" is a term from Australian rules football, and is a reference to Caleo's stint as a star footballer in high school.

At a recent media launch for the Australian Theatre Company held at the official residence of the Australian Consul-General in Los Angeles, Karen Lanyon, the Aussie theater community was out in full force, downing Aussie pale ale and wines, and nibbling on Australian lamb and traditional Lamington cakes - sponge cake covered with chocolate and coconut. Consul-General Lanyon praised this latest Aussie cultural initiative on the LA theater scene, citing the energy and camaraderie of the Aussie community in Los Angeles.