This article is part of a Huffington Post series on the global impact of austerity -- "A Thousand Cuts" -- from affordable housing funds lost in San Francisco to increasing class sizes in New York, food inspector cuts in Canada, disability benefits taken away in the United Kingdom, decimation of France's solar industry, and more. Click here for information on how you can help people affected by these measures.

PARIS -- A light breeze blows over Cravent. This small village about 65 kilometers west of Paris is where Agn&egraves Carlier has set up her farm, an organic operation on the cutting edge of sustainable development, complete with new solar panels.

On July 3, Kilian Heim, the former manager of a company that marketed and installed photovoltaic power stations, stopped by the farm. He had just finished installing the solar panels the night before, and he wanted to inspect the work. He greeted Carlier warmly, kissing her on both cheeks.

"How is your job search?" Carlier asked him. "Did you find anything?"

Heim grimaced. While austerity measures remain comparatively limited in France, one field has suffered considerably: renewable energy, particularly solar photovoltaic systems. Over the past few years, nearly half the jobs in the sector, a total of 12,000, have been disappeared. According to the Syndicat des Energies Renouvelables (SER), the renewable-energy trade union, nearly one-third of those jobs vanished in 2011. Pioneers like Heim, who had gone out to conquer this new market, are now restarting from zero. 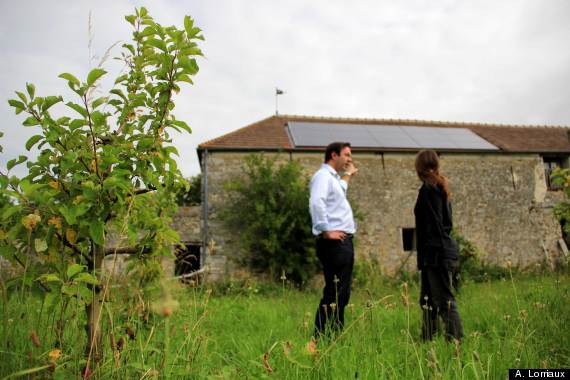 Heim founded his solar energy company, Kinergy, with a friend in August 2006. It aimed to market and install solar power stations for individual homeowners as well as businesses.

In April 2010, Kinergy employed 30 salaried workers and generated 5.5 million euros in sales. It managed several hundred projects around the country, in the Ile-de-France, Brittany, Provence-Alpes-C&ocircte d'Azur and Rh&ocircne-Alpes regions. Everything was going well, and everything would have continued to go well, Heim said, had a series of "brutal" austerity measures not begun that summer, which ultimately killed his company and those of thousands of other entrepreneurs.

What happened? In 2010, solar power was financed partly through a special tax on consumers' electricity bills and partly with tax credits for those who invested in solar energy. The longtime electricity provider EDF, a former state company that is still 84 percent owned by the government, largely dominated the market because of its seniority. To develop the solar power industry, it repurchased photovoltaic energy from individual producers at advantageous prices.

But the worldwide financial crisis was driving the government to rethink the budget; it decided to decrease those subsidies drastically. First, in August 2010, EDF slashed its repurchase prices by 20 percent. At the same time, the government cut the tax credit for solar energy investments by half.

Then, in December 2010, the government imposed a three-month moratorium on the industry, freezing all applications for contracts between EDF and the solar panel companies.

"It's like telling a car dealer he can't sell cars," Heim explained. It became impossible to finalize contracts and difficult to persuade customers to make a commitment, without knowing what decisions would be taken at the end of the moratorium.

Heim saw his company's sales collapse. After a long struggle, he fired all 30 employees and finally declared Kinergy bankrupt in October 2011. Devastated, he told the judge overseeing the liquidation, "This is a market that has a bright future, but no present."

The death of his company left Heim personally in debt. For eight months, he and his business partner had gone without salaries to try to save the business. Since the liquidation, Heim has received no unemployment benefits because he owned the company.

"My account is systematically overdrawn. I'm blacklisted at the Banque de France [the central bank of France], and I'm not allowed to borrow money for at least three years," he said. He noted that he's had to put products back on the shelves at the supermarket after his credit card was rejected.

To live, he has relied on his wife and the generosity of family and friends. For daily needs, he said, he searches for Internet deals, clearance and promotional sales, and discount coupons.

It's been stressful. "There were times when I looked at my wife and I wondered what the future would bring," Heim said. "Times when faced with unpaid rent, I imagined the consequences, including the bailiff and being evicted from our home." 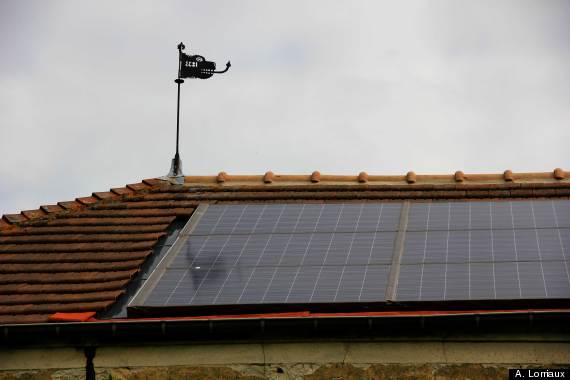 Other solar entrepreneurs have encountered similar difficulties. Marco Caputo, manager of the company Sunvie, which offers turnkey solar power installations, had to lay off eight people in the spring of 2011. To save his business, he also slashed his salary in half and then stopped taking any wages at all between July 2011 and April 2012. Today, his salary is half of what he used to make.

His standard of living has been "drastically reduced," Caputo said. Personal savings have melted away. He used to regularly take vacations with friends in Corsica but has not gone for two years. "My three daughters have now become scholarship students," said Caputo.

The solar startups' one-time employees are also being hit hard. Jorge Rendon, 47, worked for Kinergy as logistics manager and has not found work since the company went under. Entering the ranks of the unemployed as an older worker, he is facing bleak job prospects.

Thanks to unemployment benefits, Rendon receives 70 percent of his previous salary. Like his former bosses, he has had to "cut back on extras," he said.

"Outings, vacations, clothing, everything has been reduced," said Rendon. A golf fan, he had to drop his club membership. Like Caputo, he has obtained scholarships for his children's education.

The solar companies' clients have suffered from the austerity measures, too. Some had to abandon all or part of their plans. For Agn&egraves Carlier, who heats her house by burning wood and grew up reading the early environmentalist Ren&eacute Dumont, investing in renewable energy represented a logical extension of her beliefs. Her farm has a large roof that faces south, ideal for solar power panels. 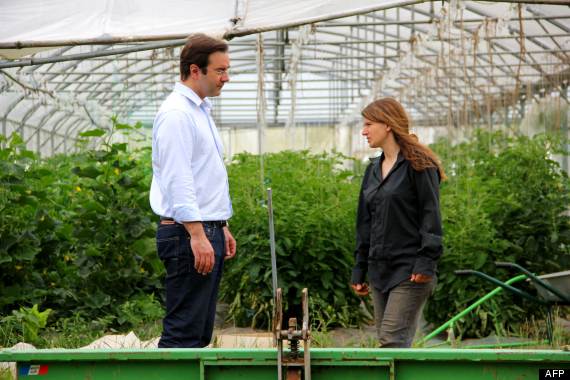 After Kinergy declared bankruptcy, however, Carlier feared she would never see her deposit of 7,000 euros (about $8,600) again. She earns just 1,300 euros a month, and purchasing the panels was a huge investment. The project became a nightmare when the company, embroiled in legal problems, stopped answering the telephone.

"There was nobody answering," Carlier said. "The sales and marketing person I used to be in touch with had been laid off, and the company wouldn't pick up the receiver."

Finally, Heim decided to install the panels himself, helped by a friend. An act of kindness, the project took days. "We bent over backwards," said Heim.

Carlier is grateful to Heim and now considers him a friend. "He could have washed his hands of the job,” she said.

1 / 10
Austerity Measures Devastate Communities Around The World
<a href="https://www.huffpost.com/entry/austerity-measures-a-thousand-cuts_n_1666309">CLICK HERE to read the full story.</a> The austerity budget, conservatives' favored response to the Great Recession, is more than just simple belt tightening. It's not one cut or 10, but a thousand. City and neighborhood essentials like bus service become expendable, and things that we have come to depend on as part of our daily lives are slowly erased. Those teachers and firefighters <a href="http://www.washingtonpost.com/blogs/plum-line/post/mitt-romney-we-dont-need-more-cops-firefighters-or-teachers/2012/06/08/gJQAvOgDOV_blog.html" target="_hplink">Mitt Romney doesn't want</a> to pay for? They're already part of austerity's disappeared jobs. This austerity mindset is taking hold not just in cities and states across the United States, but around the world. While conservatives have championed austerity as eat-your-peas necessity, these massive cuts often have unintended consequences.
Getty/Alamy