This is the third installment in a series that elevates the work of up-and-coming queer individuals working in the fashion world. Check back at HuffPost Gay Voices regularly to learn more about some of the designers of tomorrow and the way their work in fashion intersects with their queer identity.

Sir New York is the brainchild of designer Auston Björkman, the first openly transgender designer to emerge on the high-end fashion scene. A crossover brand, Björkman's designs have been seen across the spectrum, from big names in hip hop and rap to prominent drag queens emerging from "RuPaul's Drag Race." Read the interview below to learn more. 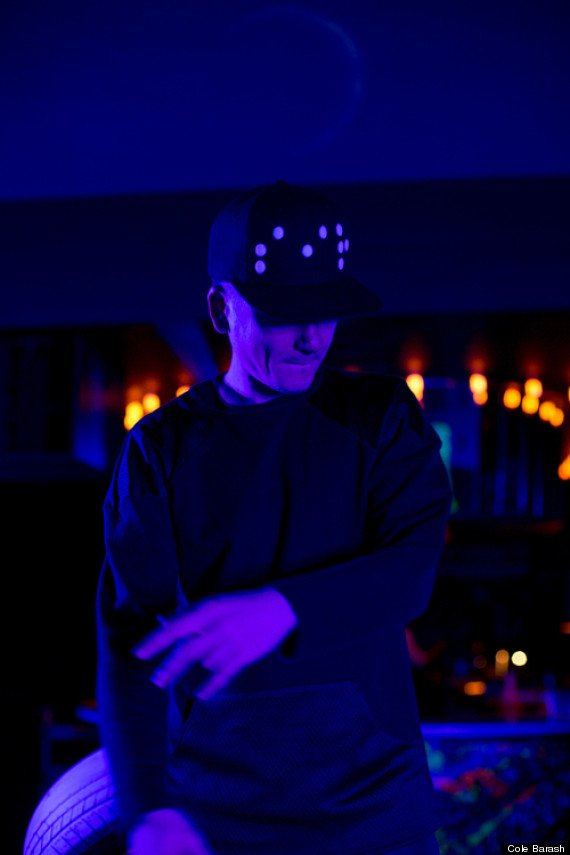 The Huffington Post: What types of clothing does Sir New York tend to produce?
Auston Björkman: I was recently looking back at some planning I had done in the beginning and saw that I didn't even know exactly what to call it -- I was using the term Technical Tailored Sportswear. Complex Magazine aptly named us as the start of "athletic street goth," which I love, but I would say both have something true, in capturing some of the essence of what is in the brand.

What is your focus for Sir New York? Do you specifically intend for your designs to be for the queer and trans community?
No, I never wanted Sir New York to be for any specific type of person. If anything my thinking was way too broad. I wanted all genders -- everyone wears menswear. I wanted to appeal to the boy next door who likes clothes, to the club kids who are all about turning a look, to the fashion kids who pay attention to design. Whenever you study fashion they really try to make you hone in on "your customer." But my vision is exactly what happened, with people wearing my designs like A$AP Ferg, Wiz Kalifa and Detox from "RuPaul's Drag Race" -- who has worn it in and out of drag. 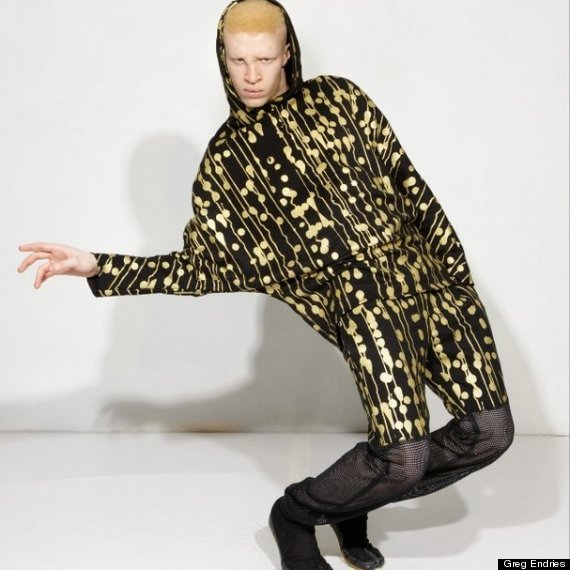 You're hailed as the first trans male designer to emerge in the high-end fashion scene. What have the reception and your experiences been like?
My experiences in the fashion world have been interesting. It is a very intense and tightly orchestrated industry with billions of dollars dedicated to making you want to look a certain way. It's very hard for the majority of fashion designers ever to even get to this level and I am far from where I ultimately want to be... I'm still very much an "outsider." I think most people don't automatically assume I am trans. Most people only get as far as thinking I'm this odd little gay fashion designer.

The fashion industry has historically been open to all kinds of gender expression and misfits, so I don't think I stand out in any kind of loud way -- partly because that is my nature. I would rather let my work speak for me. I tend to talk about my work and not me, the person. So the positive reception I have gotten from both street wear and high-end fashion has been very much in response to the clothing, the brand and the aesthetic.

I think I have a unique perspective on the gender spectrum. I don't believe in absolutes, nothing belongs solely to masculine or feminine. I like finding subtle balances.

Where have your designs appeared?
Usher came into our pop up shop with Liberty Fairs Concept Space in Los Angeles, copped a grip of the Seahole Future Surf gear and the next day it was on "The Voice." French Montana has also worn it in videos and interviews and I saw my first stranger on the street rocking it, which is strangely a whole different amazing feeling of accomplishment than when someone high-profile is wearing it. Seeing it in print is also really exciting: Vogue Italia, Flaunt, GQ. I don't know, I guess we're getting around a little bit.

Do you have any showcases on the horizon?
Sir New York previewed our AW15 collection and hosted a mini pop-up shop last weekend at dapperQ's "(un)Heeled: A Fashion Show for the Uncoventionally Masculine" at the Brooklyn Museum. "(un)Heeled" celebrated the style of masculine presenting women, gender nonconformists and trans* identified individuals, offering an alternative narrative to the museum's current "Killer Heels: The Art of the High-Heeled Shoe" exhibition. 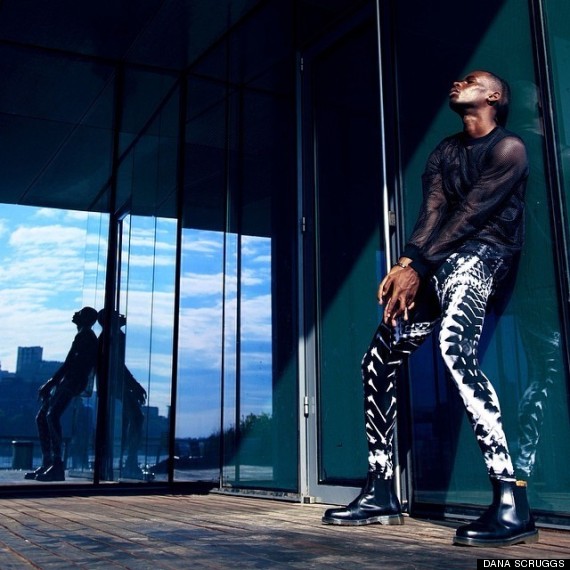 Historically the fashion world has been extremely queer friendly -- what role do you think the fashion world has played within mainstream acceptance of LGBT identity?
Fashion has accustomed people to gender bending. We are more open to human expression rather than binaries. People are starting to let go of being uncomfortable about other people being different. Gender is often best expressed in presentation, how you wear your clothes and the swag you have when you feel good about your look. Fashion communicates identity with options.

Want to see more from Björkman and Sir New York? Head here to check out the Sir New York website. Missed the previous installments in this series? Check out the slideshow below.