Freedom of speech appears to have taken a hit in Australia, as the Victoria state parliament passed a law on Tuesday night that opponents warn could stifle Australians' freedom to protest.

The Summary Offences Act expands police powers, allowing them to give "move-on" orders to any person obstructing public access to buildings, or who is expected to damage property or turn violent. The Guardian reports offenders could be barred entirely from a public area for up to 12 months, with a penalty of two years in jail.

Protesters immediately fought back against the sweeping reforms by disrupting the Tuesday night session in Victoria's parliament, The Herald Sun reports. Four protesters were arrested after police were called in to remove the group from the chamber's public gallery, according to ABC News Australia.

But the specter of a police crackdown on any protest has more Australians worried.

"If police use these powers the way that the government intends them to use them, anyone that's going to protest will be affected," Victorian Trades Hall Council secretary Brian Boyd told Sky News Australia. "Everyone will be in trouble."

In Victoria's capital of Melbourne, protesters have repeatedly tried to block the work of a multi-billion dollar road and tunnel project called the East West Link Road in recent months. The protesters have raised concerns about the project's environmental impact and huge price tag. Victorian police have been accused of reacting with heavy-handed tactics to disperse demonstrations.

While the full impact of the new law remains unclear, critics warn it will put already at-risk groups in further danger. 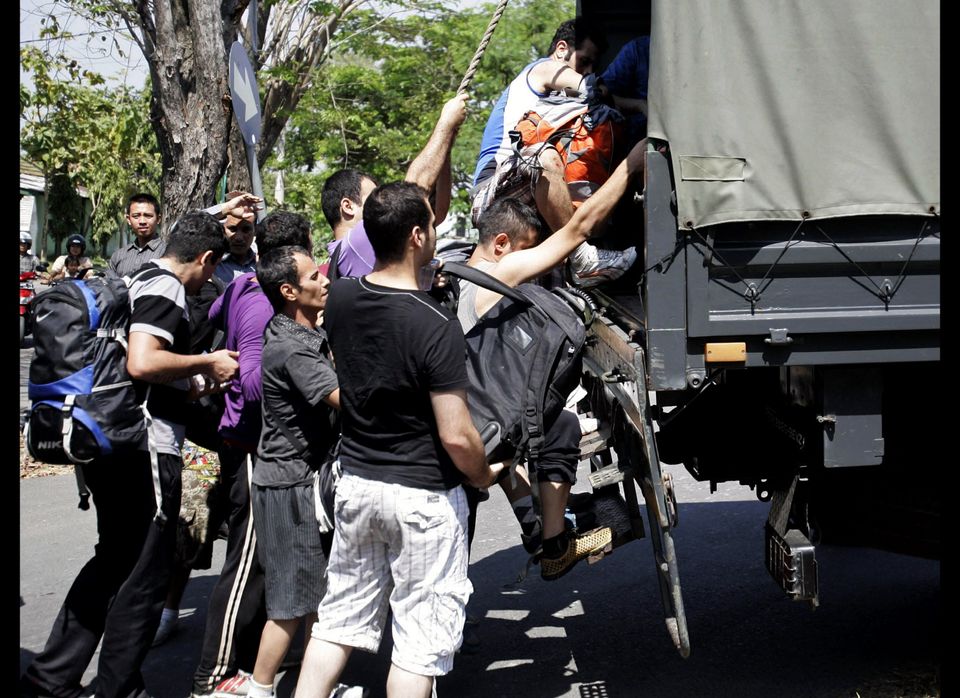 1 / 6
In this photo taken June 27, 2012, asylum seekers who were arrested while looking for a way to travel to Australia board a police truck in Sidoarjo, East Java, Indonesia. (AP Photo/Trisnadi)
AP