A Katrina-sized cyclone is bearing down on Australia and is expected to make landfall Thursday.

Just weeks after the country was devastated by incredible flooding, Cyclone Yasi, now a category 5 cyclone, is bearing down on Australia. The cyclone is expected to make landfall on the Eastern islands Wednesday, eventually hitting the mainland on Thursday, according to the Australian Government's Bureau of Meteorology.

Yasi is moving in a west-southwesterly direction towards the North Queensland coast. The storm has tremendous potential for destruction and will likely cause damaging waves, strong currents, and flooding of low lying areas as tides rise far above normal.

According to the bureau, gusts could reach as much as 170 kph, or about 106 mph.

From the Bureau of Meteorology:

DAMAGING winds with gusts to 90 km/hr are expected to develop on the islands during Wednesday morning, then extend onto the coast during the day, and further inland across southern Cape York Peninsula and north of Charters Towers overnight.

UPDATE: Yasi is currently a category 5 cyclone as it begins to hit the outer islands, but is expected to be a category 3 storm by the time it hits mainland Australia. For more on the expected path of the cyclone, click here for the Bureau of Meteorology.

For more amazing images of the world's most severe storms, click here. 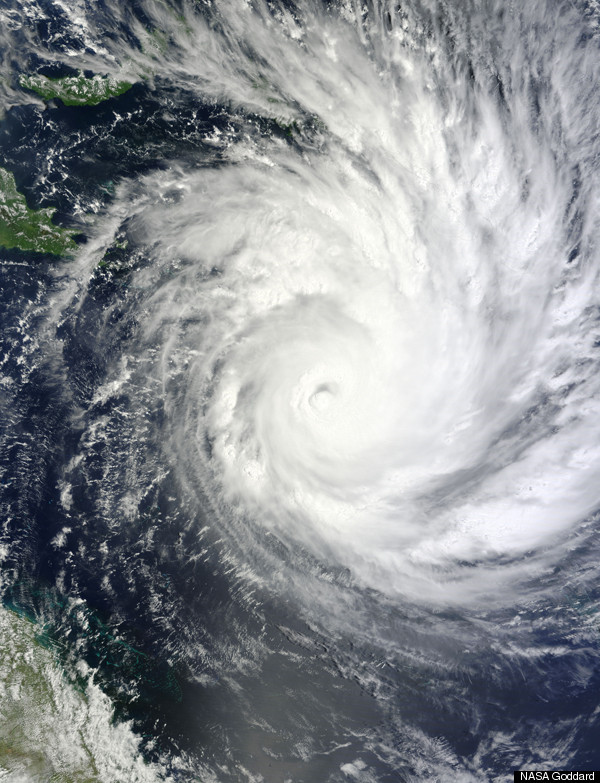