The Christian Science Monitor: How Australians survived a 13-year drought by going low-tech 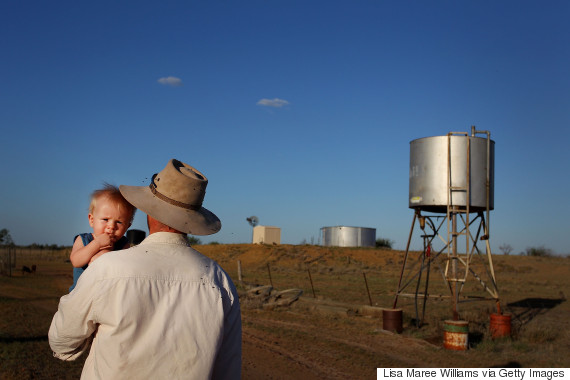 Southeastern Australia suffered through a massive, 13-year drought that only ended in 2009. And yet, the region made it through by adopting key water-conservation methods that the rest of the globe can now learn from.

One state that can certainly learn from Australia's success is California. The state is currently undergoing a record-breaking drought, with 58 percent of the state experiencing “exceptional drought." Many residents have come to rely on bottled water.

So how did Australia manage to find its way back? The answer is a lot simpler -- and a lot less expensive -- than some of the options being explored in California right now.

The solution came down to recycling and conservation, Christian Science Monitor's Todd Woody writes. Residents used rainwater tanks to collect water from their roofs and then used that water for households needs like flushing toilets. The government also provided money for residents to buy water-efficient washers, shower heads, toilets, etc. Restrictions were set on how often residents and businesses could water their lawns. Just using water-efficient appliances alone cut down Melbourne, Australia’s water consumption by 4 percent each year, Woody said.

When Australia's drought finally came to an end, Melbourne locals "were using half the amount of water they had when it began," Woody reports.

NationSwell: The Community Garden That's Bringing a Forgotten Neighborhood Back from the Brink

The Guardian: Rainbow city: the colourful houses of San Francisco – in pictures

The New York Times: Maiden Names, on the Rise Again

The What’s Working Honor Roll highlights some of the best reporting and analysis, from a range of media outlets, on all the ways people are working toward solutions to some of our greatest challenges. If you know a story you think should be on our Honor Roll, please send an email to our editor Catherine Taibi via catherine.taibi@huffingtonpost.com with the subject line "WHAT'S WORKING."