Australians are known for a fondness for beer, but statistics released Wednesday put its consumption at a 66-year low and show it could soon be overtaken by wine.

The Australian Bureau of Statistics also found that Australians are drinking a little less alcohol overall.

"Beer is now at its lowest point in 66 years," said the bureau's Louise Gates.

While Australians are drinking less beer per person -- continuing a downward trend which began in the 1970's -- wine consumption has gone up.

The bureau, which estimates consumption based on the availability of alcoholic drinks, said in terms of pure alcohol, beer was down 2.3 percent in 2011-2012 on the previous year.

Wine, however, rose 1.9 percent over the same 12 months. Spirits experienced the largest fall, down 4.0 percent.

The figures showed that over the past 50 years, alcohol consumption in Australia had changed dramatically.

In particular, beer has dropped markedly -- from about 75 percent of the pure alcohol available in 1961-62 to 41 percent 50 years later.

"Over the same period the proportion of wine has increased from 12 percent to 38 percent," the ABS said.

Alcohol abuse is considered a serious problem in Australia, where about one in five people drink at a level that puts them at risk of harm or injury over their lifetime, according to the National Drug and Alcohol Research Centre. 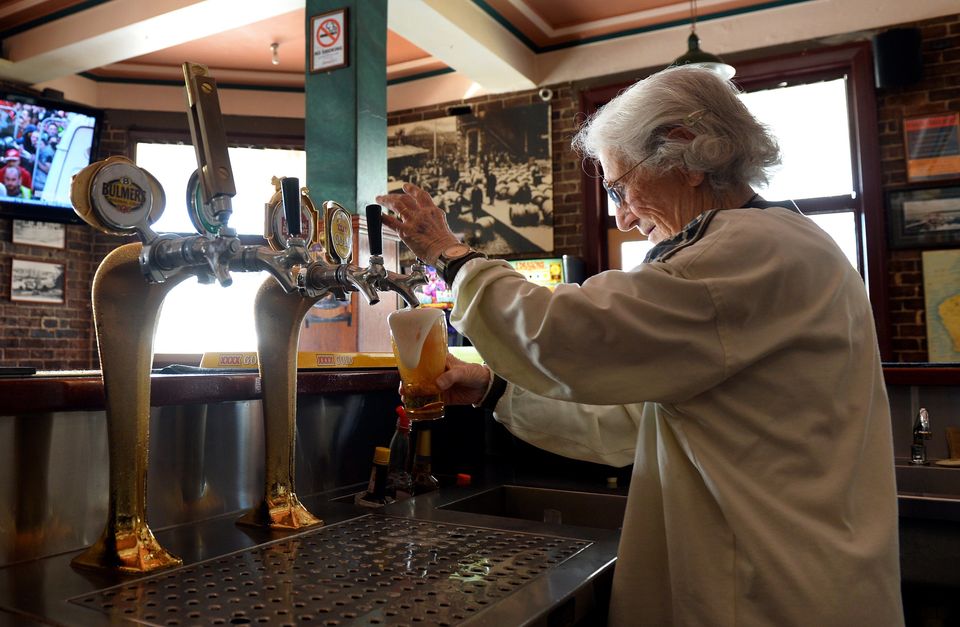 1 / 8
In a picture taken on May 14, 2013, Sydney's oldest barmaid Lil Miles pulls a beer at her family's Bells Hotel in Woolloomooloo, Sydney. Miles has seen her city transform, witnessed the fall and rise of her neighbourhood and suffered family tragedy, but at the age of 91 Sydney's oldest barmaid has no plans to retire. (WILLIAM WEST/AFP/Getty Images)
Getty Images