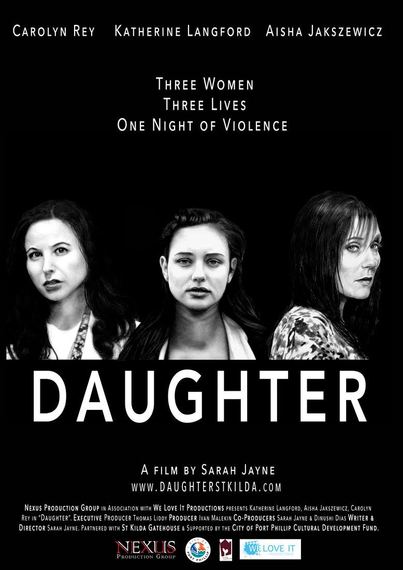 Daughter is a short film by Australian filmmakers -- Sarah Jayne and Ivan Malekin. The film explores violence against women, societal stigmas and victim blaming. The screenplay was written by Sarah Jayne to increase awareness of gender-based violence and it's devastating effects on the community.

Daughter follows three women over the course of one night -- a sex-worker, a business-woman and an impressionable young party-girl. The lives of these women become intertwined by an act of violence. I recently sat down with Sarah Jayne and Ivan to learn more.

Congratulations on the success you've had with Daughter. Can you tell us how the film came to be? What inspired the idea?

Daughter was inspired by the tragic death of Jill Meagher. Being a crime buff I read a lot on her case. Tracy Connelly was murdered a year after Jill. I noticed the opposing media coverage of the two cases. Jill was a household name who was mourned by Australians and social media was used to find her killer. Tracy, however was just a headline "Prostitute dead in St Kilda'. Her name wasn't revealed but her occupation was highlighted. Fascinated by the opposing coverage I decided to keep writing and finished the first draft.

Sourcing funding for films can be a dilemma for any filmmaker. How did you go about raising funds for the project? How did the general community respond? Did you enjoy the process?

We applied for the Cultural Development Fund and started a Pozible campaign which we launched at our Fundraiser. As a community project, local businesses came together to help us with production and sponsorship. Like any large film project, there are parts you enjoy more than others. Co-producing allowed me to connect with many wonderful people and as the writer, research for the film was a real eye-opener.

Daughter explores the theme of gender-based violence. With two women dying per week (on average) from DV in Australia, this theme has never been so relevant. What have you learnt through the making of the film and will your future film-projects also revolve around issues that affect women?


I've learnt about the power of art and the impact one person's passion can have on others though the delivery of a strong message. I've learnt what a privilege it is to bring a subject to the table that is not openly discussed in society. All of my films have focused on issues that affect women, my next one is completely opposite in theme and genre.

You've just arrived back in Melbourne after having Daughter and another of your films screen at the Cannes Short Film Corner -- part of The 69th Festival de Cannes 2016. Tell us about the experience.

Cannes was a whole lot of things for all of us who attended together - exciting, overwhelming and a step forward as business people. We managed to meet a handful of distributors and attended talks on how to market and sell one's work -- which has enriched our knowledge as filmmakers. 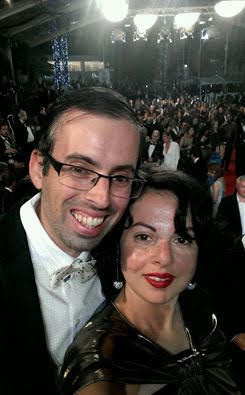 Nexus Production Group has just signed a non exclusive contract with ATOM for Daughter to be distributed through their online educational shop.

To learn more about the Daughter short film and awareness project, visit their website

Vanessa de Largie is an actress, author, writer and sex-columnist based in Australia. LIKE Vanessa's Facebook Fan Page