Australians are fairly well known for their incredible ability to give everyone (and everything) a nickname. But there are some everyday phrases we take for granted in Oz that really don’t translate in the U.S. And, after getting our fair share of strange looks from you guys, we feel these are some common phrases you should get familiar with. Like, now.

3. I’m across it: Usually used at work to tell someone you’ve got it covered. For example, “I’m across that project.” or “Peter is across it.”

4. Aluminium: There's an extra "i" in this word. We pronounce it along with every other vowel. You guys don’t.

6. Bevvies: Short for beverage, usually the alcoholic kind. So if someone asks you if you “wanna grab Sunday arvo bevvies?” you do.

7. Esky: Speaking of bevvies, an esky is how you keep them cool.

9. Tinny: Turns out we have a lot of slang around alcohol, who knew? This one is short for a can of beer.

10. Sickie: The word you’ll need after all that alcohol. Also known as a "sick day." For example, “I took a sickie yesterday because I was so hungover.”

11. Coriander: Cilantro for you guys.

13. Prawn: FYI, nobody in Australia says they’re going to “throw a shrimp on the barbie." We say prawn.

15. Chockers: Means something is very full. For example, “That bar was chockers!” or “No thanks, I’m chockers”.

17. Clucky: Usually used when you see a cute baby and then want one of your own. For example, if someone says, “OMG, your daughter is adorable. I can’t wait to have kids,” they are 100% clucky.

19. Bogan: The closest phrase would probably be like “red neck” or “hick,” but a better description is Eric Bana as Peter (aka "Poida") on "Full Frontal." See below.

20. She’ll be right: Used instead of saying, “it’s going to be alright." For example, if your car breaks down in the middle of the desert and there’s no servo in sight, an Aussie will likely say, “she’ll be right” or …

21. Sh-t’s f-cked: Pronounced sh-t’s faaarked. Basically means “This is messed up!” but used a lot more colloquially. For example, you could drop your toast on the floor and say “sh-t’s faaarked." Because it is, right?

23. Mozzy: Little assholes that fly around, steal your blood and leave itchy bites all over your body. Also known as mosquitoes.

24. No worries: Usually used instead of saying, "you’re welcome." For example, if you say, “thanks for the lift,” an Aussie will likely respond, “no worries." [American Editor's Note: OK, this one's familiar. Australians: 28, Americans: 1.]

25. Tradie: Short for tradesman. Variations of said tradies have their own nicknames, such as "brickie" (bricklayer), "truckie" (truckdriver), "sparky" (electrician), "garbo" (garbage collector) and "chippie" (carpenter).

26. Bum bag: Fanny pack. And most Aussies will laugh in your face when you say fanny pack because "fanny" means vagina to us.

27. Thongs: Go on your feet. Not in your ass. Also known as flip flops.

To be fair, there are heaps (we say heaps a lot, too) more. But where’s the fun in giving them all away? 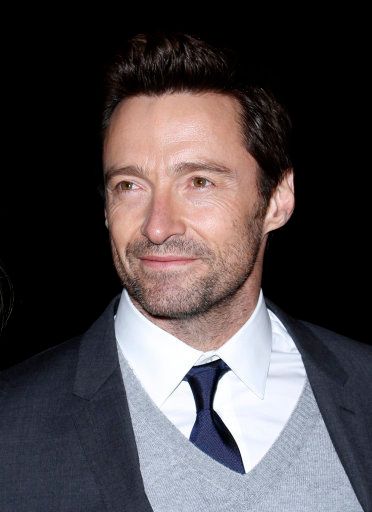 1 / 14
1. Hugh Jackman
For services to acting and handsomeness.
PA