SYDNEY, Oct 21 (Reuters) - A long, hot summer looms for Australian Prime Minister Tony Abbott as devastating wildfires near Sydney fuel opposition to his plans to repeal a carbon emissions tax, one of his basic campaign pledges in the election he won a month ago.

The links between the blazes and climate change caused by carbon emissions are complex and as the driest inhabited landmass on earth, deadly wildfires have been a perennial problem for Australia.

But a series of record-busting hot, dry conditions across the continent and an early start to the Southern Hemisphere summer has rekindled arguments on mankind's impact on climate and what can be done to mitigate it.

Abbott was elected in September on the back of plans to repeal Australia's scheme to price the carbon emissions responsible for global warming. He has promised to dissolve both the lower house and the Senate if his plan to scrap the scheme is blocked.

But as the fires spread, the pressure is mounting on Abbott, who once described the science around climate change as "absolute crap".

"Reducing emissions is not a free lunch, but neither is climate change," said John Conner, the Chief Executive of independent research organisation The Climate Institute. "If we're serious about reducing the risks of climate change and climate impacts like these bushfires, then we need to have a serious climate policy which is credible."

More than 200 homes have been destroyed since last Thursday as scores of fires burned through thousands of hectares of bush, farms and rural communities outside Sydney. A state of emergency has been declared in New South Wales (NSW) state, Australia's most populous.

Forecasts for a return of hot, windy weather later this week has raised fears that three of the most dangerous blazes in the Blue Mountains west of Sydney could join up to form a massive "mega-fire", according to the New South Wales Rural Fire Service.

The previous Labor government's carbon pricing plan was aimed at reducing emissions by taxing major polluters with the world's highest carbon price of A$23 ($22.23) a tonne before moving to a market cap and trade system by mid-2014.

Abbott, a volunteer NSW firefighter himself, now faces a tough test to convince opposition politicians to repeal it when parliament resumes next month, with the Greens and Labor vowing to fight changes.

Abbott has a clear majority in the lower house, but if he fails to get the legislation through a hostile Senate, he has promised to call a double dissolution to break the deadlock. Such a move, last called in 1987, would mean elections to both the lower house and the upper house.

After earlier rubbishing climate change, Abbott has subsequently acknowledged that it is happening and has proposed a "direct action policy" that would fund some projects that reduce or avoid greenhouse gas emissions and punish businesses which exceed their "business as usual" emission baselines.

But just days after taking over as prime minister on Sept 18, Abbott dismantled the Climate Commission and the Climate Change Authority, the two main government bodies for reporting the science of climate change and providing advice on carbon pricing and emissions reduction targets.

Before being disbanded, the Climate Commission had reported that climate change had increased the incidence of bushfires in many regions, with heat waves more frequent and severe and the number of hot days in Australia doubling since the 1960s.

Last month, leading global climate scientists said they were more certain that human activity was the main cause of global warming, which would bring more heatwaves and droughts, as well as more floods and rising sea-levels.

Scientists and most politicians are loath to link single weather or fire events to climate change, and Australian Greens deputy leader Adam Bandt was heavily criticised by some government ministers and media for "political point-scoring" when he did that after last week's blazes.

But the fires and persistent hot weather would increase public pressure on Abbott to come up with a strong alternative to carbon pricing, said Tristan Edis, a former research fellow at the Grattan Institute and now editor of Climate Spectator.

"It's not just about axing something. He's got to replace it with something that credible and in that respect, (the fires) help people that are concerned about climate change and want to see government action on it, it helps their cause to keep this top of mind." ($1 = 1.0348 Australian dollars) (Reporting by Lincoln Feast; Editing by Raju Gopalakrishnan) 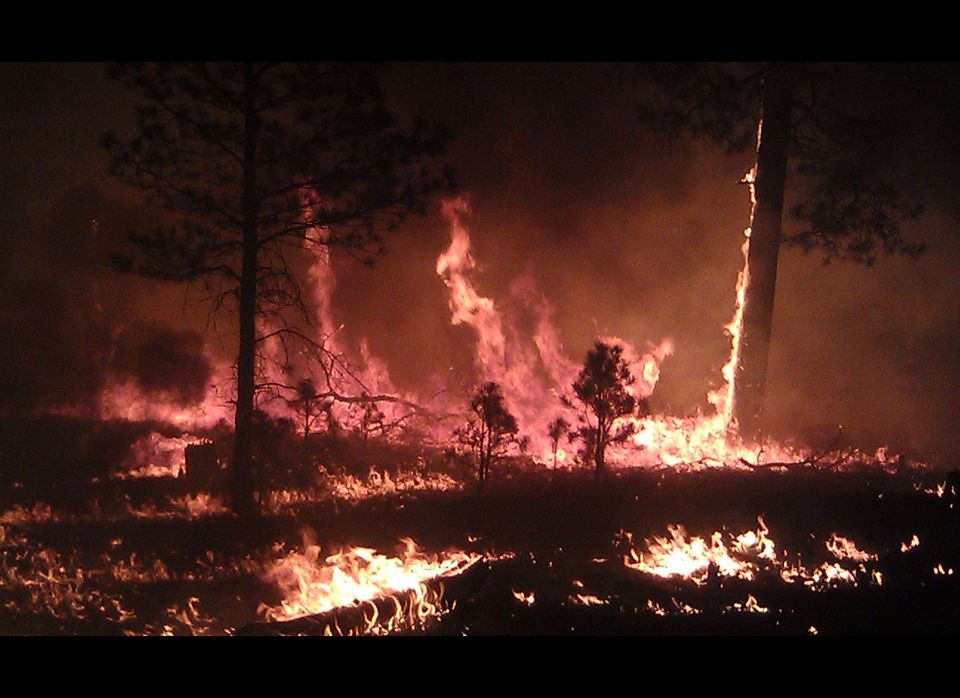