Still reeling from Britain's shock decision to leave the EU, the European political scene is unsteady once again with the news that the Austrian Constitutional Court overturned the results of the country's May 22nd presidential elections. The highest jurisdiction of the country effectively cancelled the marginal victory that the Green Party candidate Alexander Van der Bellen had narrowly won. His populist rival, Norbert Hofer, the candidate of the extreme-right FPÖ party (Freedom Party of Austria), who emerged from the first round easily leading with 36 percent of the votes, immediately contested the second-round results before the constitutional judge.

The court's decision to overturn second-round election results constitutes a dramatic turn of events for Austria and Europe in general. In fact, Alexander Van der Bellen was actually supposed to assume his duties this week. The collective relief in the anti-FPÖ camp in Austria and Europe too quickly marginalized the recourse taken by the FPÖ. Despite the court's unprecedented decision, it is not entirely surprising in a state with high democratic standards, especially after a disputed election with such a small margin of victory.

The court's decision immediately reminds Austria's political class that it is, in many ways, largely helpless in the face of the rising FPÖ, and that the next presidential elections will take place amidst a political landscape in ruins. In fact, the first round had marginalized the Christian-Democratic Austrian People's Party (ÖVP) and the Social Democratic Party (SPÖ), who alternated being in power, respectively from 1945-1970 and from 1970-1990. Today, these two parties are minorities in the country: their respective candidates each received 11 percent of the total votes during the first round of April 24, and their current grand coalition in the the Austrian Parliament is moribund. 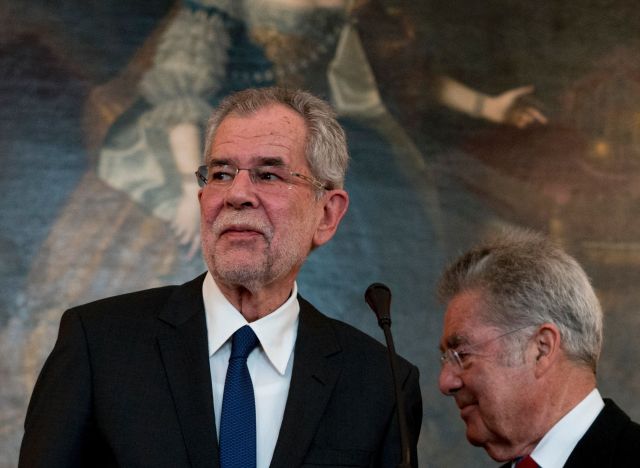 Politicians throughout Europe drew a collective gasp of relief after Alexander Van der Bellen earned a narrow victory in Austria's presidential elections on May 22.

The Alternative To The FPÖ Is In Disarray

Despite the choice of Christian Kern as the new chancellor, the coming presidential elections will put the FPÖ in a position of strength, as it faces off against Austria's zombie-like traditional parties.

The court's decision reminds Europe of what everyone was trying to forget for the past few weeks: the government and parliamentary coalition suffers from a glaring lack of legitimacy.

The big question now is whether Alexander Van der Bellen will once again be able to organize a strong enough anti-FPÖ front, as he did in a few short weeks between the first and second round, to defeat the growing populist party. The urgency of the "sacred union" has now passed. He must show he is capable of consolidating an alternative political offering.

Austria's traditional political structure is fractured. The traditional parties risk relying upon their anachronistic parliamentary majority: the SPÖ (Social Democratic Party) have 52 seats and the ÖVP (Austrian People's Party) 51 seats in a parliament that has 183 seats in total. They will undoubtedly quietly contest the leadership of the Greens who only have 24 seats. Moreover, Alexander Van der Bellen is not the only figure to have emerged as an anti-FPO candidate: the independent Irmgard Gross, who received 18.5 percent of votes in the first round, may also seek a leading role. This current political reality does not favor a solid alliance against the FPÖ nor a robust governmental offer.

Without a platform and without a coalition, without a unified program and an uncontested leader, the anti-FPÖ forces still have much work ahead of them to be a factor in the next electoral campaign.

The FPÖ emerged from the May 22 presidential elections at once a loser and a winner. Its political victory derived from the fact that it had all the advantages of a success at the ballot boxes without the inconveniences. It established itself as the leading partisan force of the country and shaped the political debate around its core themes: general hostility toward Islam and immigration, reclaiming Christian roots within Europe, and populist but not secessionist euroskepticism. Additionally, the defeat of May 22 spared it from actually having to prove itself in the administration of the country.

Today it can do well with its anti-elite, anti-globalization, anti-Red Vienna rhetoric, on themes familiar to populists: victory (almost) stolen from the people and defiance towards the traditional political class.

With the next presidential electoral deadline in mind, the FPÖ will be able to rely on the symbolic victory that the invalidation represented.

For the FPÖ, all the conditions came together in order to reach the highest judicial authorities: it proved itself (despite controversy) in the administrative management of Carinthia and Burgenland as part of a coalition, it has maintained its electoral growth during 2016 and all the political parties are told to position themselves with respect to it. For the FPÖ, what remains to be done is to travel the Austrian countryside campaigning and to announce the dissolution of the Parliament in the case of a presidential victory, and it will assemble around itself a popular majority.

After the political victory and the symbolic victory, the electoral and then parliamentary victory seems within reach for the FPÖ.

This post first appeared on HuffPost France. It has been translated to English and edited for clarity.

Professor in the School of Public Affairs, Sciences Po, Paris