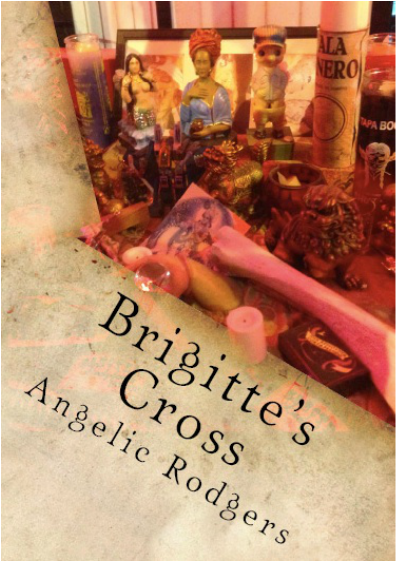 Writer Angelic Rodgers described herself as a recovering academic of sorts (although she still has her day job) as an instructor for a non-profit online school. When she's not grading or having rollicking discussions with students in the virtual environment, she can often be found walking a dog or in the kitchen. Sometimes she sits down to write. Rodgers is the author of the Olivia Chronicles, a lesbian vampire romance series featuring Blood Sisters and Brigitte's Cross.

Tell me about your books; what have you written? How did you get started?

The first book started as a short story that was earmarked for an Alyson Books collection on lesbian vampire tales. They didn't take the story. I let folks read it, though, and they kept asking me to write more about the characters.

The idea for the series came about from teaching Dracula several times. Each time I read and taught the novel, I kept coming back to the question of who the three "weird sisters" were that seduce (or do they?) Jonathan Harker at Castle Dracula. Also, the themes of marriage and the close bond between Lucy and Mina and the theme of chosen family fascinated me and led to the eventual lesbian angle. 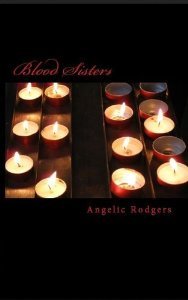 How do you write?

When I first started, I tried longhand on paper, then type it, edit and so on. Pen on paper has become almost obsolete for me because I type faster than I write and my handwriting is pretty atrocious. Handwriting is the only class I ever made a D in at school, and Mrs. Barbie allowed me to stay in at recess and practice in second grade. That's probably the only reason my handwriting is legible now.

I developed a pretty solid ritual, though, as I started working on Brigitte's Cross. I realized at one point, as I was working on my laptop and getting very little that stayed on the page before I hit delete that I needed to go old school. I remembered back in grad school how I had a glorified typewriter with memory that was a word processor and printer in one, basically. I borrowed a Tandy to do my comps on, and I remembered the freedom that came with not being able to see what I type. So, I went on a hunt for a better tool.

I'd done some runs at Nanowrimo over the years, and I found out in 2013 that lots of Nanowrimo'ers use AlphaSmart 3000s (or Dana or Neo versions). A quick trip to Ebay, and I had one on the way to me for under $20. These little darlings are keyboards that were developed to teach kids to type. They show about four lines of text in the screen (which you can read in full sunlight), and they hold eight files at once so you can work on different sections without having to dump the text. It stores about 100 pages of single spaced text and it runs on AA batteries (I am going on a year with my first set).

I write on the keyboard and because I don't get distracted by the Internet, email, or Facebook I can focus. Also, it is like automatic writing in a way. And, I only have to type it once, connect to my Laptop through the funky USB cord, and it types out what I wrote like a player piano. I can then manipulate, revise and edit.

I'm a music listener when I write. I have a soundtrack YouTube playlist for the first two books on my blog Oliviachronicles.com.

How do you make the most out of publishing with Amazon? When are your next free days?

In honor of Halloween, both books in the Olivia Chronicles are free to download on Amazon 10/30 and 10/31.

I have fallen behind on my networking, but I do offer free days. Usually I promote those pretty heavily, and I'll get downloads in the 1000s. The downside is some of those people are obviously hoarding ebooks as Brigitte's Cross has no reviews, despite heavy downloads and being on several folks' "to read" shelves on Good Reads. I didn't promote the freebie days last month beyond a tweet about them and a Facebook post and a blog post and still had hundreds of downloads a day. There are a lot of free and relatively inexpensive sites that will list your book to get the word out, and those are what I've used in the past when really pushing a promo or release.

What roadblocks or obstacles did you face?

Time is really the biggest one. The timing worked out well for me, though, as my spouse was finishing up medical school and was incredibly busy. We have no kids (other than the four legged variety) and so that all helps. While residency is going on, the wife is at work 80+ hours a week. That's some good writing time!

Do you think there are any unique challenges LGBT writers face? If so, what are they? If not, why not?

One of the things my sister, Renee, asked me after reading the first book in the series was along the lines of why everyone in the first book is gay. She argued that if I put in more straight character story lines that it would be more marketable to a wider audience. My response was that I did very much do that on purpose -- I wanted to create a book where being gay was just a part of the characterization. I wanted to create a book where no one really "comes out" and where the identity struggles were not about sexuality. Book 2 does, indeed, have straight action and characters who are straight, gay, and bi, but that came about as a natural progression of the storyline -- as things get more complicated it is logical that Liz and the other characters step out of the bubble they've created.

Ultimately, my advice would be the same for any writers -- write about real characters and interesting plot lines. LGBT readers want representation, not lectures or sob stories (at least not all of the time). This is what draws me to writers like Emma Donaghue and Sarah Waters. They tell rollicking good stories with characters who happen to be gay or bisexual (and sometimes gender ambivalent).