The political views of some authors are apparent, be it through their writing or their public personas. It's no mystery who Kurt Vonnegut (perhaps the most outspokenly anti-Bush author there was) and Allen Ginsberg (the creator of "flower power" himself) would be voting for if they were alive during the 2012 presidential election.

Some writers, however, are decidedly apolitical, focusing on style more than social commentary. Who would lyricists like Virginia Woolf cast their ballots for? It's difficult to say, but fun to speculate. In his famous essay, "Why I Write," George Orwell said, "...no book is genuinely free from political bias. The opinion that art should have nothing to do with politics is itself a political attitude." We couldn't agree more.

Check out our assessment of who 9 notable authors would have voted for in the upcoming election if they were alive (and American), and let us know what you think in the comments!: 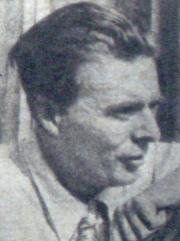 1 / 9
Aldous Huxley
<strong>Who he'd vote for:</strong> Barack Obama <strong>Why?:</strong> "To those that have shall be given... poverty will almost have disappeared from the highly industrialized and contraceptive-using societies of the West. Meanwhile, in the underdeveloped and uncontrolledly breeding societies of Asia, Africa, and Latin America the condition of the masses... will have become no better and may even be decidedly worse than it is at present." <a href="http://www.microdutch.org/guru/Huxley-Online/politics_of_ecology.html">-The Politics of Ecology</a> <em>Brave New World</em> may portray a strong central government in a negative light, but it also a critique of classism. The rift between the "savages" and members of the "Alpha" class is apparent, and contributes to the novel's tragic ending.
Wikimedia