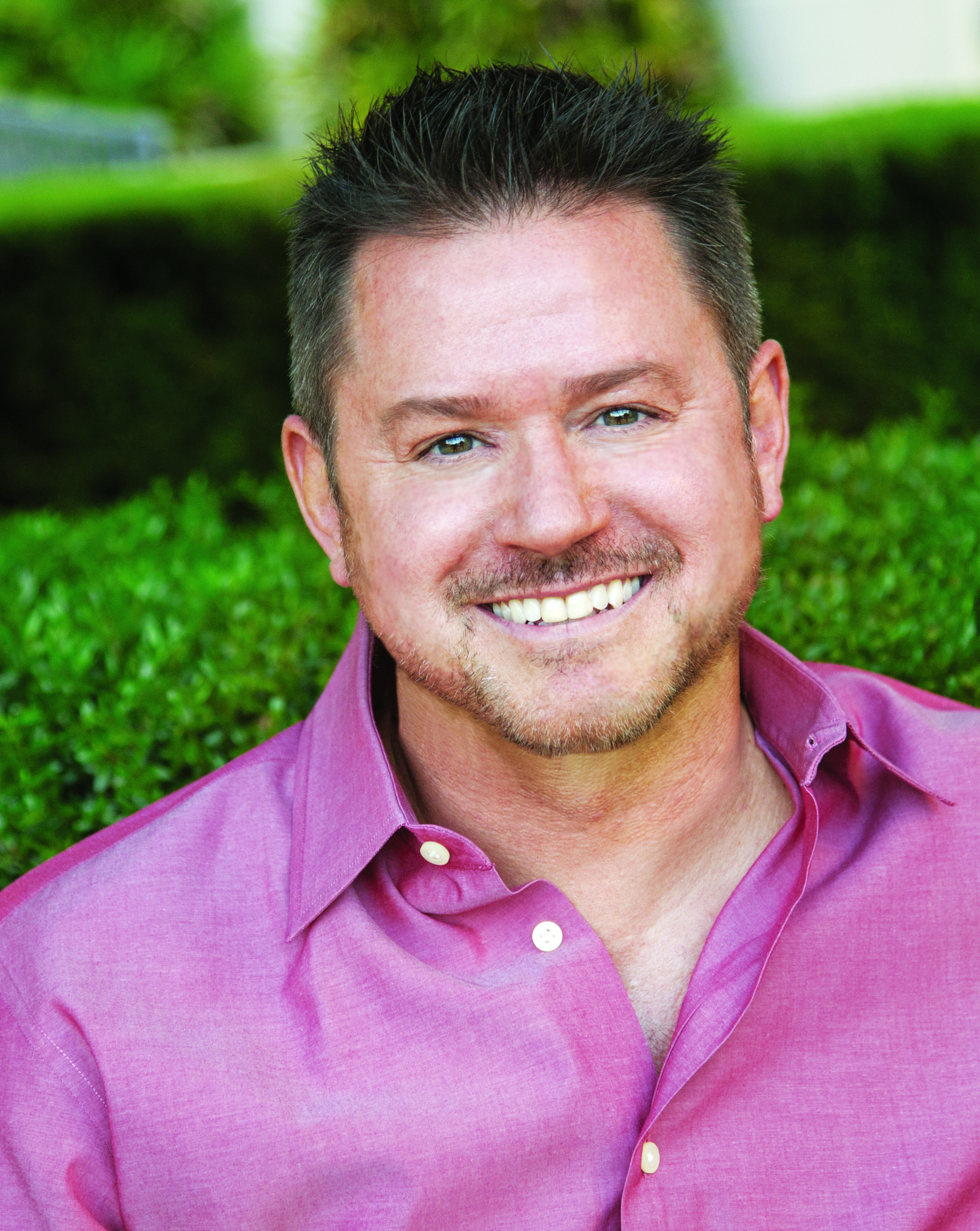 Readers of Huffington Post may know Kergan Edwards-Stout best as a blogger on the Gay Voices blog, where in addition to his think-pieces and interviews with authors and celebrities, his election-timed "Please Defriend Me" spawned a national meme, with all types of variations, pro and con. I first came to know Kergan, however, as an author. Our debut novels launched at virtually the same moment, leading to our paths intersecting on a great many occasions, and I'm happy to say that we became friends. His novel, Songs for the New Depression, would go on to be the recipient of an 2012 Next Generation Indie Book Award, shortlisted for the Independent Literary Awards, and place on several "Best Book of the Year" lists, including Out in Print. It also received a starred review from Library Journal, among other accolades.

In addition to his writing, Kergan and his partner Russ Noe are also parents, with two active boys, aged 13 and 11. In fact, the Human Rights Campaign honored Kergan as a 2011 Father of the Year, which is Kergan's most treasured achievement, as Russ and the boys nominated him.

While with our busy schedules we haven't talked recently, the release of his new book, a collection of holiday-themed short stories entitled Gifts Not Yet Given, gave me the perfect opportunity to reach out and discover what he's been up to.

Gregory G. Allen: It's so great to reconnect!

Allen: Let's dive right in. How does someone known for a book with such dark humor and pathos as Songs end up releasing a collection of holiday stories?

Edwards-Stout: (laughing) Well, first of all, I am a holiday fanatic. Our house at Christmas has to be seen to be believed. But these stories do have a lot in common with my first book, in the sense that I tried to create emotional life moments in which the characters are experiencing some kind of change. I definitely didn't want your typical, bland Hallmark-style holiday stories. I looked at these as holiday stories for the rest of us.

Allen: What led you to consider writing this collection?

Edwards-Stout: After Songs for the New Depression was released, I began working on a memoir about an incident in my past which was incredibly challenging, and very slow going. Trying to figure out how to best tell the story, and even if it should be told -- I finally decided to take a break. I realized I had several short stories already written, and that they were all tied together by holidays. Many I'd given as gifts to other people for holidays, so from there the collection grew organically. 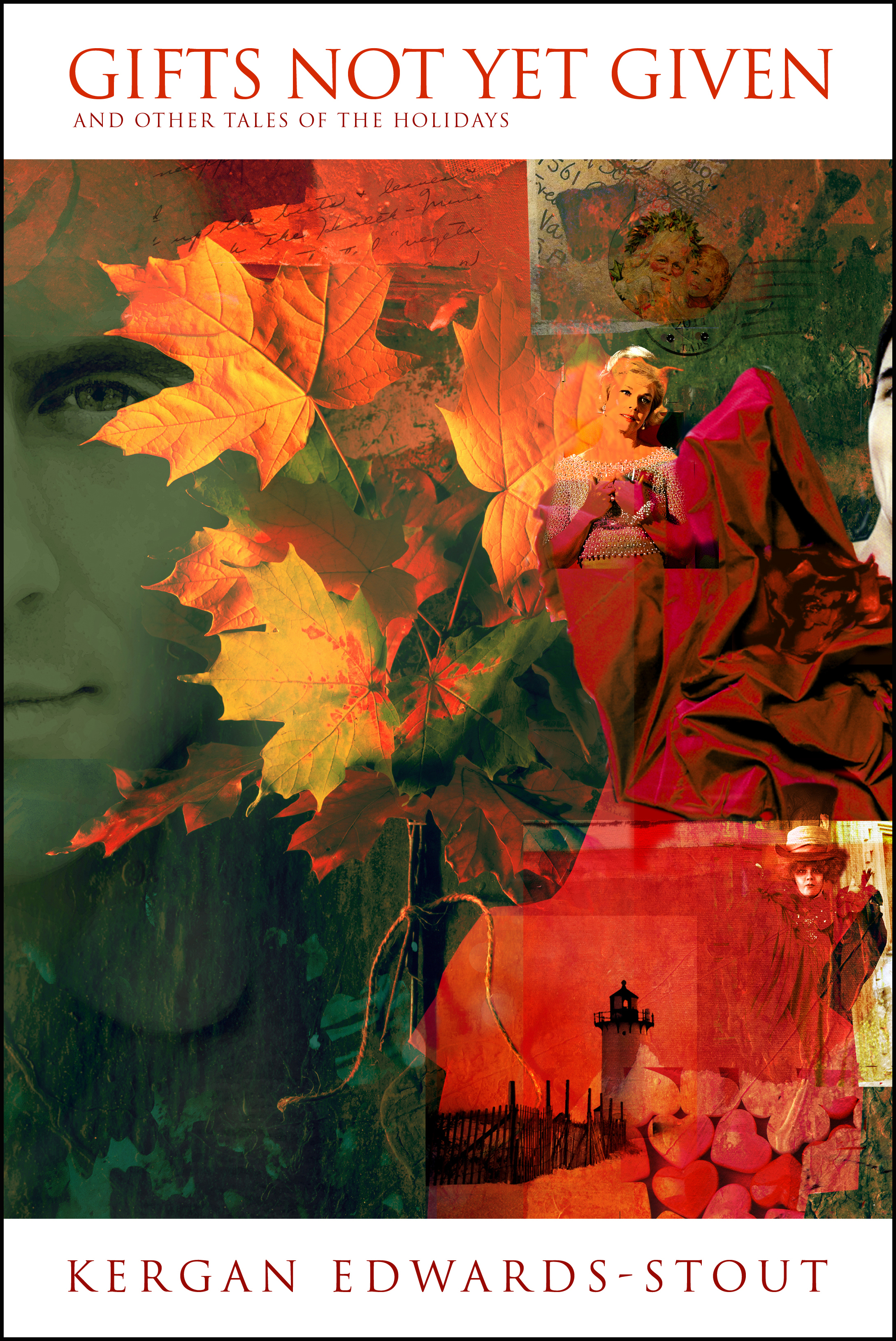 Allen: I have to say, I don't recall seeing HIV/AIDS appear in a Christmas story before.

Edwards-Stout: While the stories take place at holidays, from Easter to Memorial Day to Thanksgiving, etc., they're really about people struggling to make sense of their lives and, hopefully, turning corners and moving forward. Young/old, gay/straight, differing ethnicities and faiths -- I tried to show us bound by our common humanity.

Allen: I noticed that the book has received some nice quotes from such well-known gay authors as Michael Nava and Trebor Healey.

Edwards-Stout: The reviews are just starting to come in, and those authors were incredibly gracious with their comments. My hope, though, is that the book reaches beyond the gay community. There are several stories about making peace with the past, as LGBT people often have to do with our families, and I think the book could help bring understanding to straight family members who, perhaps, haven't always been as loving towards us as we would like. I see it as a great gift to give to a loved one.

Allen: What's your favorite story in the book?

Edwards-Stout: It's hard to choose, but I feel very connected to the title story, "Gifts Not Yet Given," which is the last story in the book.

Allen: Why is that your favorite?

Edwards-Stout: I think it's because, as a writer, I'm still surprised that those pages were written by me.

Edwards-Stout: Well, in this case, the title came to me before the story did. I was looking at the stories I'd written thus far, contemplating names for the collection, and this title just popped into my head. I knew that I needed a complementary story for it, and once I started writing, the story materialized very quickly. It's about a woman struggling to deal with issues around her daughter, and I find it particularly touching. I still can't believe it came out of me!

Allen: I've felt the same way about some of my writing... So tell me, with all you do with your family and kids, how do you find time to write?

Edwards-Stout: Well, take a look in the mirror, Greg! You have an incredibly full life, with your columns, books, and now you're adapting a screenplay! We find time to do the things we want to do.

Edwards-Stout: The fact is, I avoided writing for the first half of my life. I never imagined having a career as a writer. I didn't go to prep school or an Ivy League college -- I went to UCLA. I never saw myself huddled alone with my typewriter or notepad or laptop. Writing just didn't seem like me. I began writing, not from an intellectual place, as many do, but from an emotional need. I was trying to make sense of who I am and the journey I've been on. Now, I use that emotion to help create change within my readers. If my writing has made someone laugh or cry, moving the needle emotionally in some way, I feel like I've done my job. Hopefully this collection will help do just that.

Gifts Not Yet Given can be found at Indie Bound (Independent Book Stores), Barnes and Noble, Amazon, or at your favorite book sellers. Kergan Edwards-Stout can be found via his website, Facebook, and Twitter. Author photo by Sara+Ryan Photography.