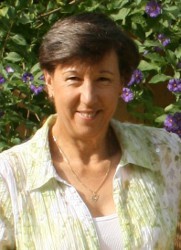 Author Laura Drake is in an enviable position as a writer, having sold her Sweet on a Cowboy series to Grand Central, winning a 2014 Romance Writers of America RITA© award in the "Best First Book" category, and then snagging another deal with Harlequin for her biker chick novels.

Yet, now she's breaking out with a new novel, Days Made of Glass, that she defines as "women's fiction" rather than romance, and she decided to do this book on her own, indie style. In the flurry of launch week, she was kind enough to sit down and let me pepper her with questions about how it feels to be a hybrid author and -- more importantly -- how this wife, mother and grandmother who grew up in the Detroit suburbs began writing about cowboys and biker chicks.

Q. What prompted you to make such radical changes in your writing life?

Before anyone thinks I'm some kind of rock star, prior to all this I spent 15 years writing three books and earning 417 rejections! No one would ever accuse me of being a fast learner.

Actually, writing women's fiction after writing romance isn't as huge a change as it sounds. I always wrote in the trench in between WF and romance. Half the editors who read The Sweet Spot thought it was WF, half Romance. It sold as a romance, so I had some changes to make, but not as many as I'd feared.

Days Made of Glass was different -- a 'one off' book that NY wouldn't be interested in, seeing the niche as too small (apparently westerns are great for Romance, not so much for WF). That didn't matter to me. I wanted to tell the story. Had to tell the story.

I'm not done with NY (and thankfully, they're not done with me). I have a proposal out for another book right now. But it was so freeing to have the option to put this book out on my own. More on that in a minute. 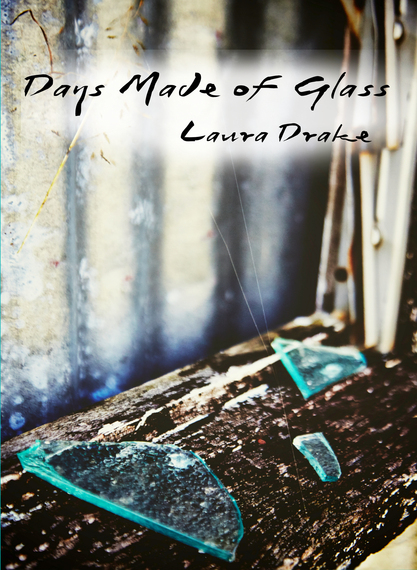 Q. I know that your own sister died of cancer, and that you wanted to write a novel as a tribute to her, which resulted in this tale about Harlie Cooper having to find a way to care for her sister Angel. I'm so sorry about your loss. Can you say a little more about the process of conceiving, developing and writing this novel? Do you think your sister was sitting on your shoulder as you wrote?

I wish I could tell you about the process. I have no idea how this all happens. I mean, my sister and I were raised in the Detroit suburbs! How that morphed to orphan sisters and rodeo, I'll never know. But part of why I write is to find out what I think; and somehow, writing this book helped me, as well as the protagonist, learn to let go of what we can't save. I think my sister would recognize us in the book, and be happy with the result.

Q. There is a lot of controversy about how "women's fiction" is defined -- and even disgruntlement that the term exists, since there's no equivalent label for men. Now that you've tried writing a book you define as women's fiction, how would you define the term?

I'm a pragmatist, so I let others argue semantics and equality. I just want to write books people like to read. I know it's not in fashion, but to me, women's fiction is a story that a woman would want to read. Women tend to like stories about life and how to survive it, emotionally as well as physically. That's what I like to write. As long as readers who will like my books can find them, as far as I'm concerned they can call it whatever they'd like!

Q. How was writing Days Made of Glass -- women's fiction that you published yourself -- different from the process of writing and publishing a romance with a traditional publisher?

The responsibility for everything was on me. Mistakes in a NY published book? Not my bad. In this one? All my bad. And anyone who finds a mistake in the finished book will know it. But there were wonderful parts too -- My cover! My blurb! My vision! Ahhhh.

My experience from traditional publishing was very helpful, though. I understood the types and quality of editing, and the philosophy behind keywords, blurbs, placement, etc. I even had contacts with book bloggers and reviewers, thanks to my traditional publishers. The bravery of those indies who self-publish without all that have my admiration -- I wouldn't have the guts!

Q. Since many of your books bring us into male-dominated professions and hobbies -- bullfighting, motorcycle riding, etc. -- I'm astonished to read that you grew up outside of Detroit and you're a grandmother. Did your own lifestyle choices take you into this fictional terrain, or was it the other way around? Or, to put it another way: does your art imitate your life, or does your life imitate your art?

Great question -- I've never thought about that! I'd have to say my art imitates my life. I've always been one to throw myself off cliffs. Not because I'm brave, but because I can't stop myself; that's how I learn best. Always a curious tomboy, I thought what the boys were doing was much more interesting than playing with Barbies. But I blame a lot of it on my Texas motorcycling husband. I rode behind him for 100,000 miles . . . then he bought me my own motorcycle for my fortieth birthday. I learned to ride, and I loved it!

That started me thinking: if I could ride a motorcycle (something I never thought I could do), what else had I not done because I told myself I couldn't? When you stop saying, "I can't," amazing things happen! That's when I got the courage to start writing. I'm always testing my limits and finding they're farther out than I believed them to be. It makes for an interesting life. What would you try if you didn't have the mindset that you couldn't?

Q. You gave up a corporate job to write fiction full-time. Was that a huge leap of faith? How did you manage to find the courage to make that kind of leap?

Actually, that part wasn't a leap at all. I was a career CFO (read: corporate bean-counter), and my husband has a Masters in Economics, so we planned our retirement for 25 years. We sold out in Southern California and moved to my husband's home town. I've wanted to be a Texan most of my life, and in spite of not being your typical Southern Woman, they haven't thrown me out yet!

Q. I imagine you've been in this writing and publishing game for long enough that you suffer crises in confidence and even pangs of envy like the rest of us do from time to time. What strategies do you use to keep pushing yourself to write during those dark hours of doubt?

Time to time? Ha! I'm afraid every single day that I sit down at the computer. Every. Single. Day. But to me, a worse fear is having a story inside me, and not having the guts to let it out. I have to look myself in the mirror every day, and if I make excuses not to write, I know it.

See, to me, the saddest thing that could happen to me would be this: to be sitting on a porch somewhere as an old woman, counting regrets. I wish I would have . . .

I've told my friends, if you hear that I died in a motorcycle accident, don't feel badly -- I went out doing what makes me happy -- challenging myself.

Envy? Yes, that too. But when I catch myself, I turn my mind away from it, because it's giving away my power. Think about it -- you have zero power over someone else's success (not that I'd want it). The only power I have is in writing the very best book I'm capable of, thereby putting myself in success's path.

Even so, it might not touch me on the way by -- I have no control of that, either -- but at least I'll end up with a book I'm proud of at the end.

Q. Obviously, the publishing industry has undergone some significant transformations in recent years, particularly with the way books are marketed and with the way authors interact with readers. Can you talk a little about how those changes have affected you most directly?

They're the same ones that have affected every traditionally-published author. Decreasing shelf space means that if you don't hit big -- and I'm talking, Nora Roberts-Stephen King-Tom Clancy big, you're not going to commandeer much of that space. They do take on debut authors, but only because they're looking for those blockbusters. If your sales aren't in that stratosphere, they move on to the next.

But when a door closes . . . Self-publishing has opened a wide window! I'm a huge extrovert who loves people. I enjoy hanging out on social media, meeting new people. That gave me a foothold to a platform before I had a book come out. Do friends on FB correspond to sales? I don't know. This is my first self-published book. Ask me in six months!

Q. Any tried-and-true writing advice for writers who are just getting started in their careers?

Expectations are joy-killers. I know many good writers who quit, because they expected to be better, sooner. More successful, sooner.

I'll bet that when you began writing, it wasn't to publish, make a ton of money, get on Oprah. Don't forget why you began. For me, it was to get something that was perfect in my head down on paper in a compelling way. When I get discouraged, I claw my way back to that mindset. It helps.

Would you love doing it, even if no one ever saw a word you wrote?