The honors list of English literature is a roll call of dysfunction. Coleridge was a dope fiend, Joyce and Faulkner were high-functioning drunks, Sylvia Plath a hot bipolar mess. The epic social ineptitude of Swift, Milton, and Emily Brontë is suspicious for what we would now call Asperger's syndrome. Herman Melville was mired for decades in black depression. The Bard of Avon contracted his terminal illness in the wake of a marathon drinking bout. Why is literary achievement associated with so much gormless and self-destructive behavior? The answer may lie in the fact that the personalities of great writers are formed from a volatile mixture of the elements, a witches' brew of emotional nitroglycerin.

Those who claim that Shakespeare did not write his plays posit that only some rich, privileged, and highly educated person could have written them. This premise is fundamentally mistaken. Literary genius is more likely to arise from disappointment and chagrin than comfort and complacency; the wealthy and content have no need of imagination. Most great writers experienced emotional or financial turbulence in childhood. Swift, Defoe, Byron, Keats, Coleridge, Hawthorne, Melville, Thackeray, the Brontës, Virginia Woolf, and Sylvia Plath all lost a parent in childhood. Poe, Tolstoy, and Conrad were orphans. Byron, Melville, Dickens, Joyce, Yeats, and Shakespeare had debt-ridden fathers and sharp brushes with poverty. Shelley and Orwell spent desolate years in brutal boarding schools. Jack London was forced to work in a cannery at age 12.

What does an unhappy childhood have to do with creativity? In gifted and resilient individuals, stress and unhappiness in youth may help to develop the power of fantasy and imagination. They also increase the risk for mood disorders in adulthood, which have a robust association with literary creativity. Research by Nancy Andreasen and Kay Redfield Jamison has shown that writers have a high prevalence of mood disorders, including major depressive disorder and bipolar affective disorder. The final ingredient in this combustible alembic is social awkwardness, ranging from mild introversion, to full-blown social anxiety disorder (Hawthorne) or Asperger's syndrome (as in Milton, Swift, Yeats, and Emily Brontë). Individuals with these conditions may be frustrated in their attempts to relate to others in more conventional ways, and seek an emotional outlet in literature. To complicate matters, writers may also become physically ill, either from dubious lifestyle choices, bad luck, or physical hardship. In Shakespeare's Tremor and Orwell's Cough, I tackle 12 writers and their mental and physical maladies, and in many cases, explore their real-life medical mysteries. 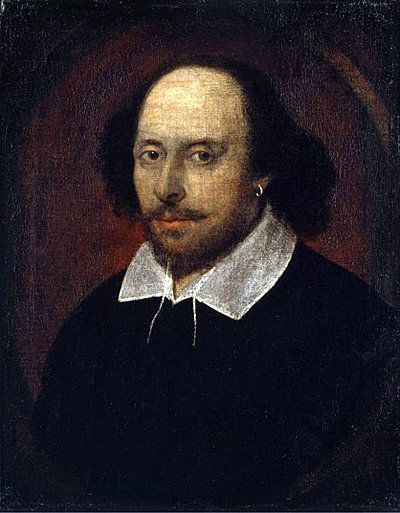 1 / 10
William Shakespeare
The only medical fact known about Shakespeare with certainty is that his final signatures show a pronounced tremor. Compared to other Elizabethan writers, Shakespeare had an unhealthy obsession with syphilis. D. H. Lawrence wrote, “I am convinced that some of Shakespeare’s horror and despair, in his tragedies, arose from the shock of his consciousness of syphilis.” According to contemporary gossip, Shakespeare was notoriously promiscuous. An obscure satire called Willobie His Avisa seems to suggest that Shakespeare was part of a love triangle in which all three parties had venereal disease. The standard Elizabethan treatment for syphilis was mercury; as the saying goes, “a night with Venus, a lifetime with Mercury." Mercury’s more alarming side effects include hypersalivation, gingivitis, and tremor. Did Shakespeare’s writing career end because of adverse effects of mercury treatment?
Wikimedia Commons