The book industry loves stories of writers who persevere until finally getting published. So do I. Writing can be a tough trade, and the authors who pound away until the door finally opens deserve admiration.

So I was intrigued to receive a first novel mailed by a former editor of mine, Rick Horgan, who is now with Simon & Schuster. The book was written by a Colorado newcomer with the (could this be true?) wonderfully authorial name of Erik Storey. 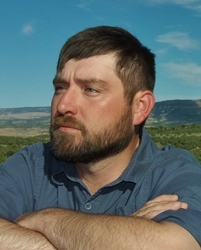 Storey's revenge and gunfire novel, Nothing Short of Dying, was rejected by twenty-five agents. That had to hurt, since hero Clyde Barr is a Rocky Mountain outdoorsman like Storey. A barmaid is the love interest. Storey reconnected with the schoolmate who became his wife when she was tending bar. (She's now a schoolteacher.) Clyde and Erik had some of the same jobs, and hiked and rode the same high country, and both are good shots. The milieu is the kind of rural, depressed, meth and pot capital Storey lived and worked in.

So he sent it to twenty-five more agents. They didn't like it either, but a few had suggestions. Less profanity. Get the non-stop violence under control. Get rid of the unintended sexism. Make the female characters real.

Many writers would have gotten discouraged. Storey got to work.

He says he used the last nine dollars in his bank account to mail a revised submission to Darley Anderson, the London-based agent who represents bestseller Lee Child, author of the Jack Reacher series. Darley is a big shot. He doesn't take many clients. But he asked to read more.

Not a complete surprise since Clyde Barr is the kind of Reacher-Rambo-Liam Neeson kind of manly-man that readers have been eating up since Achilles and Hercules. The book doesn't just hurry from one shootout to another, it hurtles.

Then Horgan picked it up. Rick was the editor of my first novel, Ice Reich, and he showed great patience in coaching me. Few editors will take the time. But Rick did with me, and did it again with Storey.

Personally, Nothing Short of Dying is not my favorite kind of thriller. My own heroes tend to be smarter and less impregnable. But storyteller Storey kept me going to the end, and the novel is getting stellar reader reviews.

Like J.K. Rowling writing the first Harry Potter while on welfare, or Stephen King finishing Carrie after his wife fished it out of the wastebasket, it looks like Storey has earned a fairytale ending.

There are other examples. Bestselling mystery writer Janet Evanovich pecked away for ten years before finally selling. For thriller writer Steve Berry it was twelve. John Grisham's first novel was rejected 16 times, Lord of the Flies was rejected 20 times, and Gone With the Wind 38 times.

And just by coincidence, Storey's book arrived at the same time as a couple other happy endings I know. 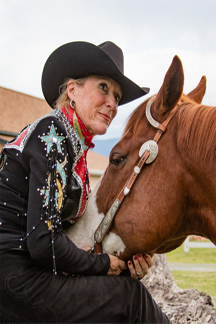 My former Seattle Times colleague Carole Beers, a feature writer and avid horsewoman, decided to try mystery writing during retirement. Fast forward ten years to publication of Saddle Tramps in June at age 71, after 40-some rejections.

"The rush of ideas," she wrote me, "the first shining pages, and the hope of writing an at-least-readable "masterpiece" before departing this mortal coil drove me on. I plunged in and dog paddled. Then came the doubts. They circled like sharks and they often bit, making me feel I couldn't go on."

But she did, "because it just felt, most times, so damned good to write. So freeing and so empowering to create interesting, unpredictable characters who lived, loved, and occasionally laughed at their trials in a world I created." She got a modest contract from W & B Publishers, and again some stellar reader reviews. Now she's signing that first novel, beginning a sequel, and has another book almost ready to go. "And loving it."

One last example. A local guy names Bruce Rolfe came to some of my own readings and we'd collide at Starbucks, where he'd tell me his frustrations with the publishing world. He'd been writing for 28 years, he said, and had yet to sell. Anything.

How about self publishing? I asked. I've done it.

Nope. He wanted the validation of a "real publisher."

I gave what encouragement I could, with no expectations. But guess what? Bruce called. After a friend's referral of his latest manuscript, he's gotten a three-book contract with a British publisher, publication coming in the months ahead. At roughly Carole's age, he too is on his way.

So it can happen. Even after 28 years of trying.

But plenty of authors have astonishing gumption (more than me!) and every once in a while it pays off. In validation, in accomplishment, and sometimes even in dollars. Storey got a six-figure advance.

Which is why Erik, Carole, Bruce, and all the others, make such a damned good story. A tip of the cowboy hat to you!