Yona Zeldis McDonough is the author of seven novels for adults. She is also an award-winning children's book author with 26 children's books to her credit, a journalist, an essayist, and a fiction editor who helps aspiring writers polish their manuscripts. This week, she took time out from launching her newest novel, "The House on Primrose Pond," to chat about how she balances her writing life. 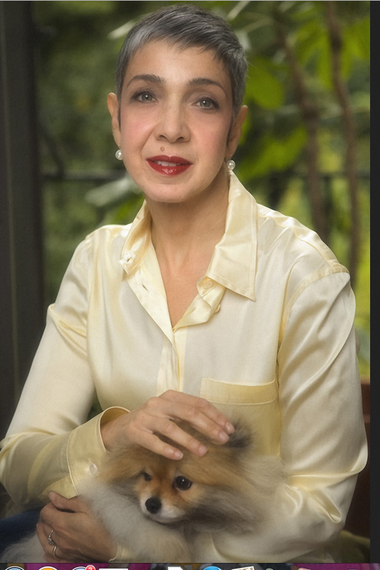 Q: You've worked as an editor, journalist, children's book author, and novelist. How do you define yourself as a writer?

A: I find those definitions serve other people better than they serve me. I just see the writing I do as different aspects of a coherent whole; I don't compartmentalize. Some stories are best told in an essay format; others need the transformative magic of fiction. There are topics that beg to be written for children and others that will only appeal to an older audience. I can't say there is a formula or rule for this; somehow, I just know what feels right and let myself be led by my instincts.

Q: How do you see the process of writing fiction as being different from writing nonfiction? Which do you prefer?

A: I don't seem them as all that different. The toolbox has a lot of the same components: plot, pacing, character, style. They are just deployed a bit differently. Non-fiction has the obligation of sticking to the facts, but even doing that offers a writer a lot of latitude. There are so many ways to tell a story, and whether it's fact or fiction, we all love a story. The narrative impulse reigns supreme in both fiction and non-fiction. I'd say I prefer fiction to non-fiction, but creative non-fiction, particularly the personal essay, is a form that is near and dear to my writer's heart. 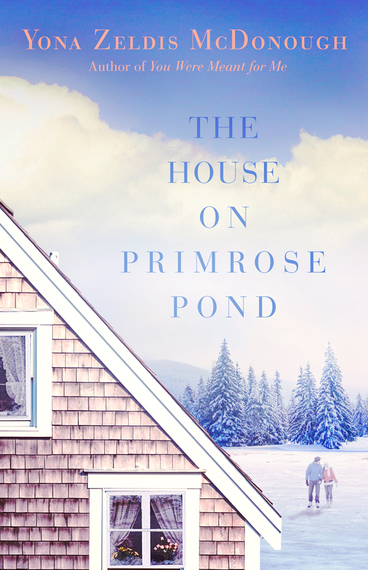 Q: Your newest book, "The House on Primrose Pond," is a novel about a contemporary woman struggling to manage her life as a single mother in a small town. It's also a mystery of sorts, involving this woman's search for the truth about her own family and about an eighteenth-century crime she's researching for her own project. Which came first to you, as you thought about the novel, the main character, or the character and crime she was researching?

A: Actually, in a total departure for me, it was the setting that came first. In the past, I had always set my novels in an around New York City. This was less of an active decision and more of a default position. I was raised in NYC and with brief exceptions, have always lived there, so setting a novel in New York was easy. But I began to chafe at the relative ease and familiarity, so I pushed myself to find a new locale. New Hampshire came pretty naturally. My husband comes from Portsmouth, and I had spent a lot of time in the state. I knew it and it spoke to me. Once I had the setting, the characters began to form in my mind. But even that didn't seem like quite enough. I wanted to go deeper and wider. So again, I turned to the place and let it guide me. I began to research things that might have happened in New Hampshire--fires, floods and the like. And I stumbled onto the tragic story of Ruth Blay who in 1768 was the last woman hanged in the state. She was accused of killing her newborn daughter but that was not proved; instead she was convicted of, and executed for, concealing the birth of an illegitimate child. I was riveted by this information and knew I had to incorporate it into the novel in some way.

Q: I imagine you had to do a lot of research for this novel. How did you go about the process? And how did you write the book so the research didn't overtake or interrupt the main narrative tension?

A: I found an excellent source, The Hanging of Ruth Blay: An Eighteenth Century New Hampshire Tragedy by Carolyn Marvin. I devoured that book, and it led me to other sources, like the Historical Society in Portsmouth, where I was able to see--and touch!--a petticoat said to have been sewn by Blay, and the state archives in Concord, where I was handed actual documents from 1768. I also spent time in museums, looking at period furniture, dishes and the like, and I retraced Blay's last steps, in
South Cemetery in Portsmouth, where she was hanged. With the aid of photos, I was able to find the spot where the hanging took place. Since the historical material only comprised about sixty pages of a four hundred-page novel, I did not worry too much about it overtaking the main story. And those pages do not appear together, but are interspersed throughout the narrative. The protagonist is gradually discovering the story, and the reader discovers it along with her.

Q: You've been a working writer and editor for many years now--one of the lucky few who manage to actually make a living doing what you love. What was your first lucky break?

A: It's hard to pinpoint a single "lucky break" that was defining for my career. There was the editor at Mademoiselle who bought my very first article. It never did run, but that early acceptance meant so much. Then there was the Family Circle editor who bought a short story, and the editor at Doubleday who published my first two novels. Lucky breaks, all of them.

Q: What do you see as some of the most important changes in the publishing industry? And do those changes make you think the future for writers is brighter or bleaker than when you first started out?

A: I think publishers used to be more willing to invest in a writer and nurture a career. No one expected--or demanded--a best seller right out of the gate. Whereas now the pressure to sell both big, and quickly, has increased. But none of that matters really. You write because you have to. Or at least that's why I write. If making money were the only goal, I would have figured out something else to do a long time ago.

Q: If you could offer just three rules for writing to aspiring novelists, what would they be?
A: Rule # 1: Commit to writing a small amount on a regular basis. For me, that was two pages a day, five days a week. Rule #2: Writing and editing are mutually exclusive processes. Write first; edit later. Rule #3: Find yourself a trusted writing buddy with whom you can share your work. This should not be a spouse/partner/best friend, but another writer, someone who faces the same struggles you face. Your buddy only knows what's there on the page, not what you meant to say. And that is key. You can learn so much from an ongoing dialogue with another writer. Cherish the process.