If I had my way, my family would only watch two hours of TV per week. We watch more than that, but we're picky about the shows, especially for our 6-year-old. Even on the channels we've always trusted, some of the shows are full of sass and even border on bullying sometimes. One show consistently gets it right, though, so we watch religiously as a family.

Girl Meets World, the sequel to Boy Meets World, features the real life, grown-up Cory Matthews and Topanga Lawrence as the supportive and down-to-earth parents of an adorably quirky adolescent daughter, Riley. The show spotlights issues and topics that kids and families face in daily life -- divorced or absent parents, materialism, fitting in, honesty, friendship, responsibility and growing up in general. The most recent episode, which aired on September 11, tackled a topic that most shows would shy away from -- autism and Asperger's Syndrome -- in an authentic way and succeeded in sending the best message possible. 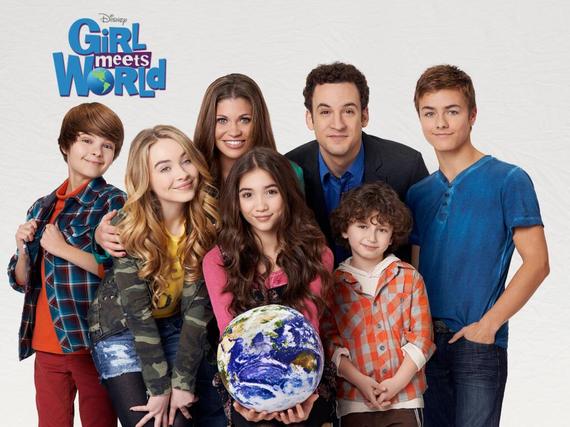 One of Riley's three best friends, Farkle (the son of Stuart Minkus, in case you watched BMW!) is a lovable genius. He's also a bit socially awkward and outspoken and sometimes misses social cues. In my new favorite episode, Farkle goes through a series of tests after his genius confirmation and is nervous about a possible Asperger's diagnosis. While Farkle, the guidance counselor and teacher (Cory Matthews, of course!) offer information about Asperger's and Autism Spectrum Disorders (ASD), at no point does anyone send the message that there is something wrong with someone with either diagnosis. Ultimately, it's revealed that another character (Isadora Smackle) does have Asperger's and the friends realize the label doesn't matter as much as they thought it would.

While any diagnosis can be worrisome for a parent or child, and nobody can deny the challenges faced by children and adults with ASD, it's refreshing and necessary to realize that "normal" doesn't need to be the goal. Although we have lots of sensory issues in my family, I'm not the mother of an autistic child. I just know how I want my children treated and how I want them to treat others. When even the most well-known Autism advocacy organization seems to be getting it wrong, it's really nice to see a family TV show get it right!

To quote Riley Matthews, "Who wants to be normal?"

Nobody raise their hand.