Last Wednesday started out like most days in our Northern California home. I took my dogs out for an early walk on a nearby trail, and made a mental list of the logistics of the rest of the week.

My husband Peter would be flying home from the east coast Thursday, where he'd been on family business (and gotten the flu). My 27-year-old son Matthew would also be coming home for the weekend for a visit. Matthew has autism, and lives in a community for adults with disabilities near Santa Cruz.

What time was I supposed to pick him up? Darn it, the dog is limping again. Maybe I'd better take him to the vet. When will I get any work done?

When I got home, the phone rang. It was my sister-in-law. Peter was in the ER. What he thought was the flu was actually an infection and he was really, really sick and on IV antibiotics. They were worried about blood clots, and were doing a lot of tests.

I called Southwest Airlines -- the agent could not have been nicer and more efficient--and got a flight. My 20-year old son, John, was dead asleep when I walked in his room and asked for a ride to the airport. Now.

"Logistics," I said as he drove, "We have to talk logistics. Matthew is coming home this weekend. Can you handle that? Or should I call Camphill and see if we can switch? I'll call them. Maybe you can call them. Who should call whom? Here, I'll text you their number. I'll write a list of numbers, and a list of Matthew's meds..."

"Just give me the main number," John said, "and don't worry. Andy and I will figure it out. You just take care of Dad."

Andy is my 25 year-old, who lives and works in nearby San Francisco.

I lunged onto the plane just as the doors were closing, still wearing my shabbiest workout gear, took the last seat on the plane and texted the director at Camphill Communities California:

Peter in hospital in CT. On my way, John or Andy will call you, Matthew was supposed to come home and he wants to come home he has made many plans but...

"Turn your phone off, please."

I stared straight ahead during the first hour of the flight fretting and praying.

"God? Please take care of Peter. And please help Matthew be flexible about the change of schedule. Help my sons arrange everything, and if Matthew comes home, make sure he is nice to Andy. You know what I mean, the jealousy thing..."

"Andy is two years younger than me," Matthew often complains, " and he has more friends, a drivers license, a girlfriend and lots of other stuff that I want and that hurts my feelings."

John also had the friends and the license, but that was OK, according to Matthew, since he was seven years younger.

Matthew was not subtle about showing his jealousy, and even went though a stage where he stomped out of a room when Andy walked in. The situation had improved some in the last few years, but whenever it resurfaced, I was there to mediate.

I turned on my phone the second the plane landed in Chicago between flights and called the hospital. Peter was resting and on oxygen because of the fluid in his lungs.

Fluid in his lungs??

I talked to Andy and John. Matthew was coming home on Friday, and the three brothers would "hang out," until we got back.

Hmmm. Should I remind Andy that Matthew gets jealous? Should I call Matthew and tell him to be nice? How could I make sure everyone got along while I was gone?

At the hospital the next morning (where my husband looked like hell and felt crappy) all thoughts of what was going on at home evaporated while we waited to hear from the doctor. The news was good. The infection was under control, there were no clots anywhere and the fluid in the lungs was subsiding. He might get out of the hospital the next day. Friday. The same day Matthew would be arriving home and hanging out with his brothers.

I called each of my sons to tell them their dad was better. Can I talk with him, Matthew asked?

I watched as Peter's eyes misted over as he talked to Matthew, who told his dad for the very first time that he loved him very much. Peter handed me back my phone.

"I heard that I am going to be home with my brothers," Matthew said, "but no one asked my permission. Why does Andy need to be here?"

That is when God, who I'd been chatting with earlier, gave me the strength to think-and speak-clearly.

"I am here, and you and your brothers are there. You are all grownups and will have to work this out without me. It's my job to help your dad right now. Do you understand?""

"Yes I do," Matthew replied quietly, "I better get going. Take care."

Over the next few days, my sons and I exchanged phone calls, pictures and text messages.

"The brothers having lunch in San Francisco," said another. "Getting along fine."

It occurred to me that all of the years that I had been mothering Matthew's brothers and balancing their care with Matthew's unique needs, they had been observing me from the sidelines and had learned a few tricks of their own.

They learned how NOT to trigger a meltdown, and how to defuse one in progress. They learned how to pull social stories out of the air and from their pasts to talk Matthew through hurt feelings. They learned how to follow and supervise their big brother without him knowing. They've learned patience (though they insist I am the most patient person on the planet) and they share Matthew's sense of humor.

When Peter and I arrived home Sunday, Matthew informed us that John and Andy had behaved well in our absence. We thanked him for doing such a great job, and he said that 20 dollars should be enough.

"There were a few close calls" John admitted, laughing nervously, but didn't elaborate.

Should we have had an emergency plan in place? Of course. (Have any of you done so?)

What we did have in place was a circle of support including:

But most of all, we had the watchful eyes of two little brothers, who had spent many hours in the back seat of the minivan, our Black Labrador between them, figuring life out while I drove their big brother to therapy appointments.

Thank you, John and Andy. 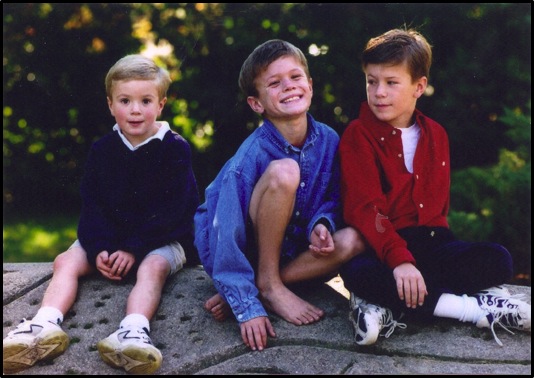 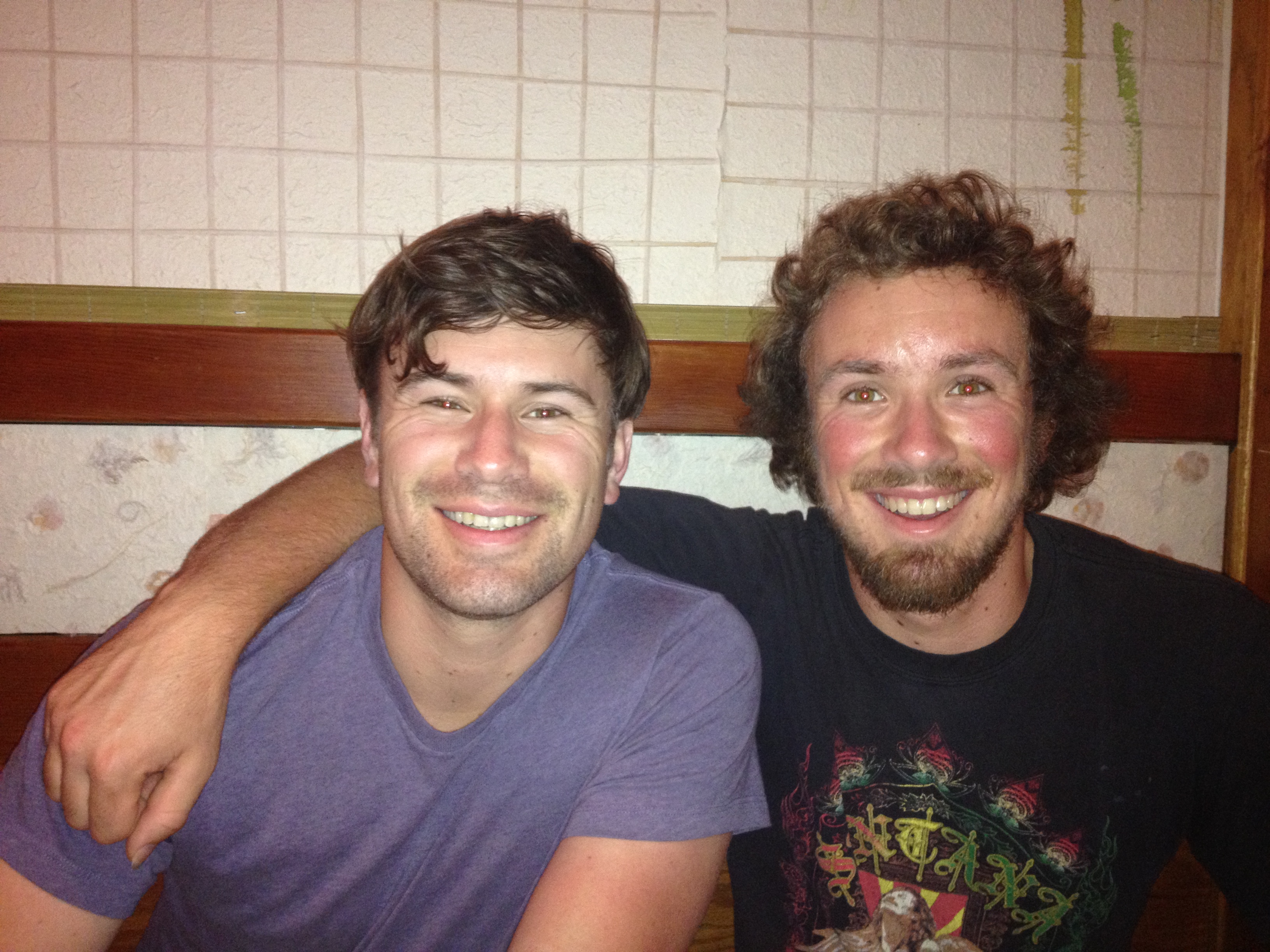 To learn more about the Shumaker Family, check Laura's book A Regular Guy: Growing Up With Autism.

More:
ParentsAutism Speaks
Newsletter Sign Up
Raise the kind of person you'd like to know
Subscribe to our parenting newsletter.
Successfully Subscribed!
Realness delivered to your inbox