I think of myself as pretty determined, a person who doesn't take "no" for an answer. In the over seven years since I had learned of autism and first heard the word applied to Emma, I had thought of it as something to battle. It was a thing we needed to rid her of, a detrimental condition that needed to be excised. I viewed anything less than an all-out assault as giving up on her. Over the years, I have read hundreds of books on the subject, memoirs and anecdotal stories of children who "lost their diagnoses." I reasoned that if others had found ways to help their children so they no longer carried the diagnosis of autism, then so would we. To date, we have tried just about every remedy, diet, supplement, biomedical intervention and methodology available for children on the spectrum. Ours is not the story most people want to hear about. We have taken Emma to countless doctors, and any number of people with letters following their name lending them some authority or knowledge on autism. We have done all of this with the hope that something would help our daughter.

Emma turned 10 last month. She is not "high-functioning," nor is she a "savant." Nothing we have tried has cured Emma of autism. She is not mainstreamed. She attends a school for children on the spectrum and while she is verbal, she struggles with comprehension and concepts such as time and money. She is unable to relate what a simple story was about. Emma feels tremendous anxiety when she doesn't know how to do something, or is asked a question she doesn't have the words for or for which she is unable to fully grasp the concept. When she becomes too frustrated, she will bite herself or punch herself in the face. She makes Herculean attempts to do what is asked of her. Emma requires daily support in skills such as showering, washing, brushing her own hair and brushing her teeth. She has sensory issues and internal issues. And she is hilarious. She has a tremendous sense of humor, a love of music and performing, will belt out a tune as if auditioning for the lead in a Broadway show. Even when the words are unrecognizable the tune will be intact, each note sung in near-perfect pitch. She dances with abandon and not a shred of self-consciousness; it is a beautiful thing to witness.

A few years ago Emma went through a period when she routinely raided my lingerie drawer. My husband, Richard and I were seated in the living room when Emma burst forth, donning a bra and pair of my underwear. The bra haphazardly flung around her shoulders, the cups puckered and useless, the underwear sagging, she gripped a corner in one hand to ensure they didn't completely abandon her. The first time she did this, Richard began to laugh, much to Emma's delight, while our guest -- I think it may have been an electrician who was fixing a blown light fixture -- stared in stunned silence from his perch on a ladder while I hustled her back into our bedroom. The second time she appeared, wearing the same combination -- always my sensible, no-nonsense skin-toned bra and underwear -- I joined Richard in laughing. Her raid-mommy's-lingerie-drawer episodes were interspersed with raiding my shoes, thankfully never at the same time, it was one or the other, for which I am grateful. Her favored shoes, a pair of red suede pumps, she paraded around in proudly. During these forays into my things, Richard would shake his head and say -- "She's mommy's little girl!"

That I love her goes without saying. She is my daughter, who happens to have autism. The autism piece is complicated. The beautiful little girl/daughter piece is not. I used to view Emma's autism as something separate from her. I used to think of it as something like a tumor that needed to be removed if she was ever to get anywhere. Emma has proven that she can and wants to learn. It just takes her a lot longer. I find myself thinking less about ridding her of her autism and more about helping her become all that she can, in spite of it. Waging war has been exhausting. Maybe, in the end, it all comes down to nothing more than semantics, but I am tired of battling something that is not the first and last word used in describing my daughter. 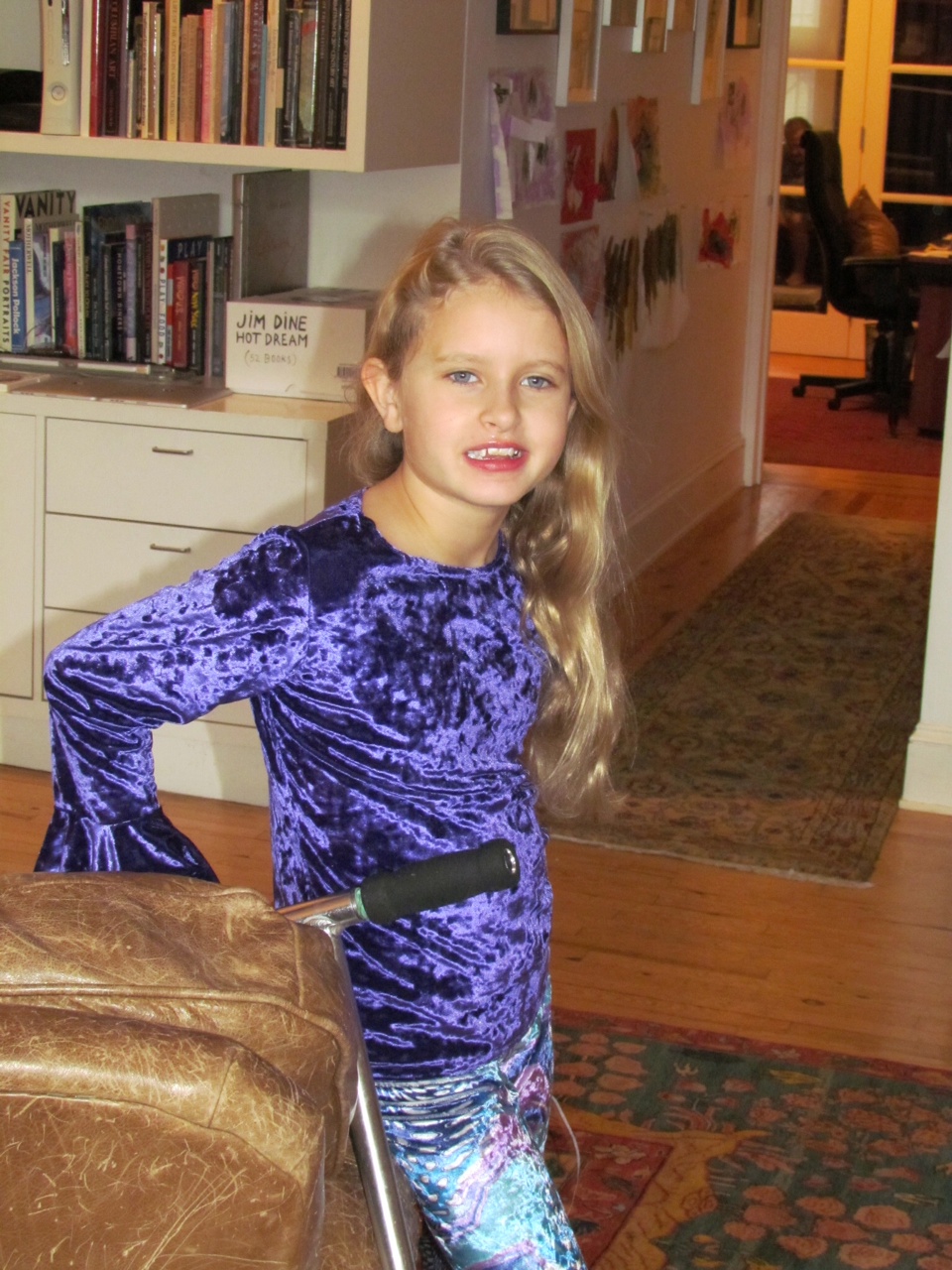 For more on Emma's journey through a childhood of autism, go to: www.emmashopebook.com