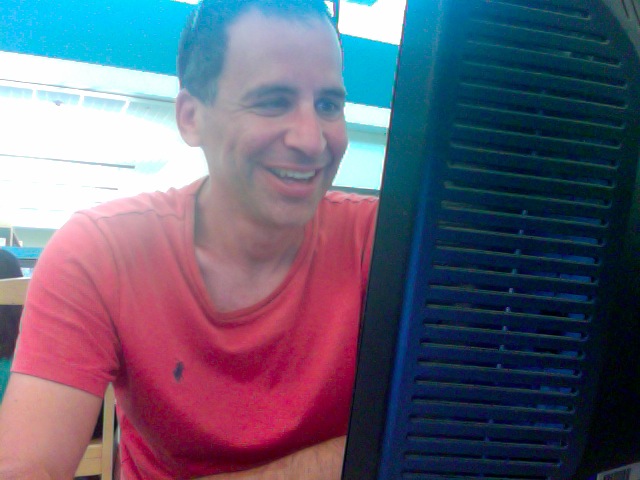 Being an autism advocate, I come in contact with people all the time that are at different points on the spectrum. Recently, I received an email from filmmaker Marc Jackson in Los Angeles. Marc has been classified as HFA (High-Function Autistic) and opened my eyes by allowing me partly into his world. When major events happen, we all have opinions and living with autism does not mean those opinions should stay stifled. Gary Oldman's recent interview in Playboy (which he apologized for just days after it came out) caused Mr. Jackson to compare the multi-film-making actor's career to that of his own.

As a HFA, he feels he has the good fortune to have been born with a gift. "My challenge is to make a career of that gift; because I cannot earn a living in any other way," Mr Jackson says. "I also face the challenge of being physiologically distinct from a neurotypical human being. My brain is wired differently: I receive more sensory input, which can be overwhelming. I have fewer neural means to vent and communicate; so I can find it a challenge to interact with other people, despite my complete empathy."

So what is one to do when they have a need to share with others? I've spent my adult life being a storyteller in one way or another. And that is exactly what Mr. Jackson has done as well.

He points to a quote by David Mamet from his book Bambi vs. Godzilla as the moment that turned his life around. "I think it is not impossible that Asperger's syndrome helped make the movies," Mamet says in his book. "The symptoms of this developmental disorder include early precocity, a great ability to maintain masses of information, a lack of ability to mix with groups in age-appropriate ways, ignorance of or indifference to social norms, high intelligence and difficulty with transitions, married to a preternatural ability to concentrate on the minutiae of the task at hand. This sounds to me like a job description for a movie director."

Suddenly Mr. Jackson felt his life made sense. "I learned who I am," he says, "and what I have to do. I have wanted to thank David Mamet ever since."

Mr. Jackson feels his autism causes him to take in more stimulation, but have fewer ways to vent it. So he observes more, which is invaluable to a storyteller. And he chooses to 'vent' through film. He has written screenplays about secret histories of famous people like Lee Harvey Oswald, Gen. Douglas MacArthur and Alexander the Great.

I have always said autism awareness should not be held to one month out of the year. People face adversity head on every day; making decisions on how to be productive and share what is inside of them. I applaud Marc Jackson for following his dream and sharing his stories.

He has not allowed being on the spectrum to slow him down either. With a BA from the University of Southern California School of Cinematic Arts, he is a professional screenwriter under the jurisdiction of the Writer's Guild of America. He has also worked as a writer of advertising/marketing copy for The Sports Authority, Enhanced Retail Solutions and the State of Israel. And did I mention he has taught English as a Second Language.

"My present and future are all about the work," he says. "There is no better way to illustrate that than to show what I can do. Here are some pictures and words that tell a story as it has never been told before. This is my gift - my only wish is to share it."

And I hope you continue to share it again and again.