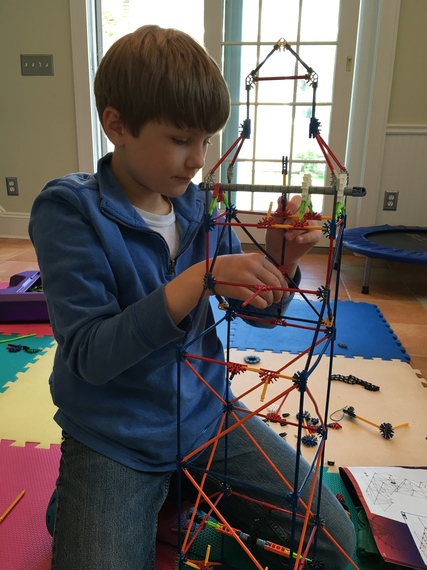 (Photo by A. Libutti)

I am not fond of intelligence testing for my son with autism, but it is required by the school district since he receives services. These tests rely on strong verbal communication and auditory processing skills, which are a challenge for Jack and many others with autism.

Jack had not been tested for years, so our Special Education Consultant, Dr. John reached out to me a few weeks ago. He has known Jack for seven years so it was in Jack's best interest to have Dr. John administer the test. Besides, Jack loves Dr. John, he is an amazing human being. He is a true advocate for children on the spectrum with the right mix of science and compassion and a keen sense of what's best for each individual child.

I sat in Dr. John's office with Jack while he administered the Wechsler Intelligence Scale for Children (WISC-V). Unlike other standardized IQ tests, the WISC-V includes a section for visual-spatial aptitude. Dr. John felt this would best represent Jack's abilities.

Jack was whizzing through the visual-spatial section with flying colors. Dr. John and I were glancing up at each other with a slight air of disbelief at his performance as the test continued. He flew through it, solving puzzles with such speed and accuracy we were somewhat awestruck.

And then, the last part of the test in the visual-spatial section really surprised us as Jack completed the final task.

Dr. John looked up at me and said with a chuckle and disbelief, "In all the years I have been testing people, not one person has ever solved this last puzzle. Not only did Jack solve it, he did so in 62 seconds, breaking the record of 90 seconds."

He looked at Jack and said, "Jack, you my friend, are a visual super genius."

I left Dr. John's office determined to discover more about visual-spatial abilities and how this strength could be cultivated. I knew as his mother, that he was bright, but now I had something tangible to explore. 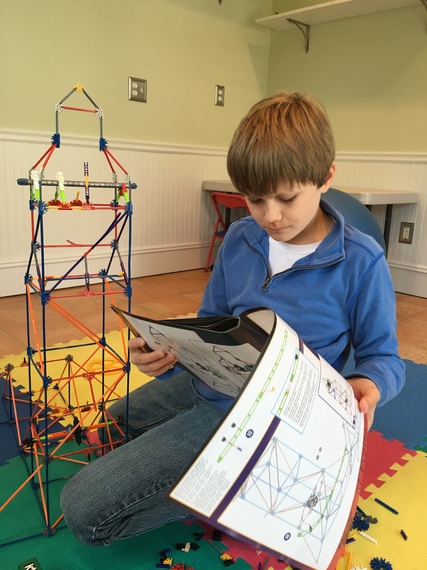 (Photo by A. Libutti)

I received Dr. John's full report of the IQ test the next day and I was not surprised to see that Jack scored very, very low in verbal communication. He was in the 1st percentile, which meant 99% of the population tested, scored higher than Jack. He was very low in most categories, except the visual category.

Jack scored in the 99.9th percentile for visual-spatial intelligence. That number represents all children and individuals, typical and otherwise. In other words, it is measured against the general population. Wow!

I went into research mode, determined to harness this brilliance. There are vast resources about visual-spatial learners and I discovered a new term - twice exceptional or 2e. Twice exceptional refers to children that are intellectually gifted with some form of disability. These children are considered exceptional both because of their gifts and their special needs.

It dawned on me in that moment how powerful labels are. There's something very positive about the word "exceptional" and I wanted more parents to know about this label and how to discover their own child's brilliance.

The talents and gifts of this population are grossly underestimated. But we are beginning to catch glimpses as more and more remarkable non-verbal autistic individuals "speak up". Carly Fleishman, Carly's Voice: Breaking Through Autism (Touchstone, 9/2012), Naoki Higashida, The Reason I Jump: The Inner Voice of a Thirteen-Year-Old Boy with Autism (Random House, 8/2013), Tito Rajarshi Mukhopadhyay, How Can I Talk If My Lips Don't Move?: Inside My Autistic Mind (Arcade, 4/2011), Ido Kedar, Ido in Autismland: Climbing Out of Autism's Silent Prison (Sharon Kedar, 10/2012), and others are letting us in to their world.

And their world is anything but ordinary. They are poetic and brilliant and funny. And some even have talents that are more aligned with Einstein and Tesla, and the great innovators of the world. These are unique, very different individuals.

One of the biggest fears that parents of children with autism have is how their child will survive independently. What will they do for work? How will they make a living or contribute and be happy?

We have these fears because we are trying to fit our children in to the status quo.

It's time to think differently.

Think way, way outside the box. If you are worried that your child won't find a job than its time to consider the possibility that based on your child's talents, new jobs will be created, maybe whole new industries will spring up.

Henry Ford, a visionary and innovator laughed when he asked people what they wanted. Everyone said they wanted a faster horse. No one could fathom a car.

This is the kind of leap I am talking about. The status quo wants a faster horse. The innovators want something else entirely. Our children with their unique set of exceptionalities may be the next innovators of our time, given the support and guidance they deserve.

Jack is a brilliant boy and I am excited to have discovered the extent of his talents. I know he is twice exceptional and his mind is different than most. I no longer see that as a handicap, I see it as a new way of being with unlimited possibilities.

More:
ParentsAutismautism awareness
Newsletter Sign Up
Raise the kind of person you'd like to know
Subscribe to our parenting newsletter.
Successfully Subscribed!
Realness delivered to your inbox