When Atlanta-based attorney Shannon Nash and her husband first received the news that their 18-month-old son, Jason, was autistic, they felt overwhelmed and devastated.

The outlook for Jason painted by doctors and therapists alike was, Nash says, "a very bleak outcome in terms of what his future could be. Very, very bleak." Her expectations, she says, were set very low when it came to what her son would be able to accomplish.

"Thank God they were wrong and that they just didn't know," she told The Huffington Post.

Now, Nash's son is 16 years old. Though he will likely need to continue speech therapy for the rest of his life and has other struggles, he has made a lot of progress. His receptive language, she says, is excellent and she is currently considering sending him to a Minnesota-based program where he could earn an associate degree that will be of good use when he enters the workforce as an adult. It's something she never would have anticipated when they first got the diagnosis. 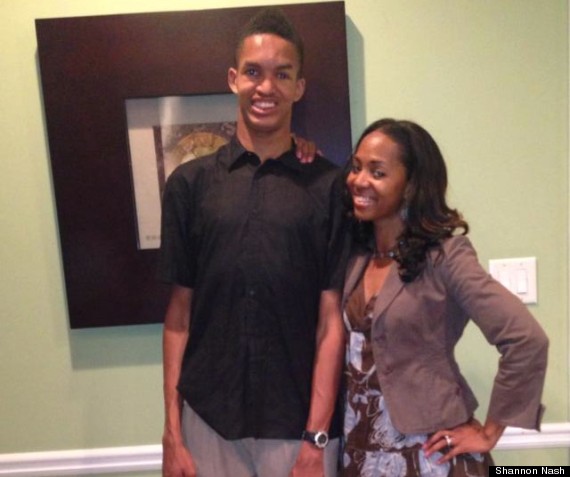 Shannon Nash with her son Jason, who helped inspire her to launch Autism Job Board, a new website for job seekers with autism spectrum disorder.

The time after high school, however, is when the obstacles typically heighten for youth with autism spectrum disorders (ASDs). Though the Centers for Disease Control and Prevention estimates that one in 68 U.S. children now have ASDs -- a marked increase from the time Jason was diagnosed -- employment opportunities for those children when they become adults (an estimated 500,000 will do so within the next decade in the U.S.) are frustratingly few.

According to a 2012 study from Washington University in St. Louis, just 55 percent of young adults with autism had a job over the course of the six years immediately following high school. And the chance of being unemployed or not continuing their education is more than 50 percent greater for young adults with autism compared to their peers with other disabilities. Their combined unemployment and underemployment rate is estimated at 90 percent nationwide.

Alarmed by those statistics, Nash began researching employment opportunities for youth with autism several years ago. Though she found helpful resources from advocacy groups like Autism Speaks on resume-writing and other job-seeking skills, what she couldn't find was anything specifically bringing together applicants with autism and the employers willing and able to hire them.

"I thought surely my search terms were off or there was something wrong with me, but the more I looked, I found very little," Nash told HuffPost.

Tired of hunting down something she was convinced already should have existed, she decided to do it herself. A serendipitous run-in with an employee of jobBoardASP -- a company that specializes in building job board websites -- helped her get a handle on the backend of such a website, while she focused on making connections with other organizations working on the issue. That work culminated recently in the website, Autism Job Board, being launched at the AutismOne conference in Rosemont, Illinois.

In addition to searchable job postings, the website will also feature information for employers on best practices for hiring and employing workers with ASDs, as well as tips and help for applicants. Registration is free.

The response thus far, Nash says, has been positive, though employers have been slow to take to the site. So far, just one job posting -- for prep cook positions at a restaurant in Denver -- can be found. Nash is currently focusing on ramping up efforts to urge more people -- employers and job seekers alike -- to sign up.

The effort is very personal for Nash, who has seen her son flourish as he's volunteered with the veterinarian's office where they take their family dog. Not long after Nash first asked the office if Jason could work there three or four hours a week, they were asking her to stay home and send her son on his own -- for fear that her presence could actually hinder his progress.

"He loves it and I see a future for him there," she said.

Nash hopes many others like her son will also be given the opportunity to excel in workplaces, gaining valuable experience they can build on as they get older. Though she believes there is a misconception among some employers that hiring a worker with autism will be more risk and liability than it is worth, she's found the opposite to be true.

An organization called Actors for Autism is behind an innovative program based in Glendale, California, the Advanced Media Vocational Academy. The program offers training in several areas of the entertainment industry, including some areas that Nash says workers with autism are particularly well-suited for, such as film editing -- a time-consuming, solitary process that many with autism might enjoy. The program is also involved in job placement. Other autism career programs in Plano, Texas, and Chicago offer similar training catering to other industries.

Beyond pushing for higher registration on the website, Nash hopes the Autism Job Board will eventually offer job fairs held throughout the country in order to bring together job seekers and local businesses with positions to fill in person. She is optimistic the employment outlook will improve for people like her son -- though it may take some time.

"We want to educate people and make them understand this is a workforce to really get behind," Nash said, "and I can tell you it's going to happen because it's too many kids aging into adulthood."