Babies exposed to air pollution in the womb are more likely to have autism than those whose mothers spend pregnancy in clean air, according to a new study.

In the largest study of its kind, UCLA researchers compared levels of air pollutants, mostly related to vehicle traffic, during pregnancy gestation periods of 7,603 children with autism and 75,635 children without autism, born from 1995 to 2006 in Los Angeles. The study was published March 1 in Environmental Health Perspectives, a peer-reviewed journal published by the National Institute of Environmental Health Sciences.

Babies at the 75th percentile of exposure to toxins had 8 percent to 10 percent higher risk of autism than babies at the bottom 25th percentile, the study said. Ozone and fine particulates had the strongest association with autism.

"These findings are of concern, since traffic-related air pollution is ubiquitous," said Dr. Beate Ritz, chair of UCLA's Department of Epidemiology and the study's senior author. She said she was reluctant to advise expectant mothers to leave LA or polluted cities because that's not an option for many. "We can't tell them to not breathe or not go outside or not go to work," she said. She does recommend that pregnant women avoid sitting in traffic.

This is important because the highest rates of autism tend to be among children of older, more educated and white parents. Also, there is a higher likelihood of autism in a mother's first child, probably because parents of autistic children often do not continue to have more children, Ritz said.

Autism is a spectrum of disorders ranging from a profound inability to communicate and mental disability to milder symptoms seen in Asperger's syndrome. The Centers for Disease Control and Prevention estimates that autism affects one in every 88 children born in the U.S., a 25 percent increase from 2006.

Research on autism and exposure to chemicals has been limited. Studies from 2006 and 2010 found an association between autism and air pollutants from industries and other sources.

A study in 2010 was the first to look at autism and toxins specifically from auto exhaust. The study, based in California, reported that children born to mothers living within 9/10 mile of a freeway during pregnancy were more likely to be diagnosed with autism than children whose mothers lived more than 1/4 mile from a freeway. However, the sample size -- 304 autism cases and 259 controls -- was much smaller than the just-published UCLA study.

The UCLA study is first to suggest a link between autism and ozone. The ozone level in LA is the highest in the nation and violates federal health standards an average of 137 days a year.

Research has found various environmental factors that appear to affect brain development, including pesticides, nutrition, flame retardants and parent's occupational exposures. Other factors that have been tied to autism specifically include drugs used decades ago to treat morning sickness, bipolar disorder and ulcers.

With about 80,000 chemicals available for industry use, most untested for toxicity, children's health experts and advocates urge Congress to pass the Safe Chemicals Act, which currently awaits a Senate vote. A study by the advocacy organization Environmental Working Group found an average of 200 industrial chemicals in the umbilical cord blood of 10 babies born in U.S. hospitals in 2004.

"This is a wake-up call to a national problem and evidence of how much more research we need," said Matt Asner, executive director for Southern California Autism Speaks, said of the UCLA study's findings. "We have worked ourselves into a pickle. We covet technology and progress but we haven't thought about what it's doing to us."

Ondine von Ehrenstein, assistant professor at UCLA's Fielding School of Public Health, who did not work on this study but is working with Ritz on other research, said she hoped the work will lead to regulation of pollutants. "If we identify environmental causes of autism, this opens a prime venue for prevention of new cases of autism in childhood," she said.

Marc Weisskopf, associate professor at Harvard's School of Public Health, agreed that it could work to regulate pollutants found to cause autism, pointing to prior examples of regulation.

"We have set standards for air pollution in order to reduce cardiovascular and respiratory disease and have had some success with both public and personal efforts to reduce exposures and prevent cases of those diseases," Weisskopf said. "The exciting possibility is that autism might be amenable to the same types of interventions." 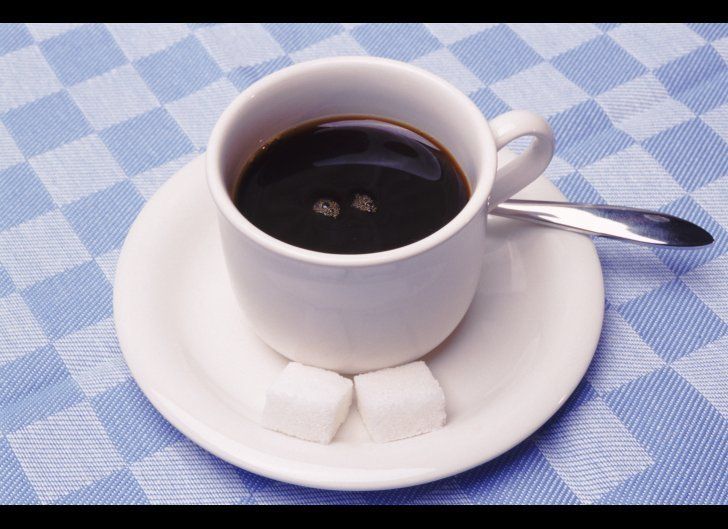 1 / 13
Coffee
Coffee's a tricky one. Experts still aren't completely sure whether drinking coffee does more good than bad, as studies have shown it decreasing the risk of certain cancers but raising the risk of others. Research has shown that drinking <a href="http://jnci.oxfordjournals.org/content/early/2011/05/17/jnci.djr151" target="_hplink">six cups of coffee</a> every day can decrease the risk of prostate cancer, while drinking five or more cups of coffee a day lowers the risk of a certain kind of<a href="http://www.msnbc.msn.com/id/42991809/ns/health-cancer/t/coffee-habit-may-protect-against-breast-cancer/" target="_hplink"> breast cancer</a> by 57 percent. However additional research suggests drinking at least two cups a day could <a href="http://www.ncbi.nlm.nih.gov/pubmed/19362749" target="_hplink">increase the risk of lung cancer</a> by 14 percent. <strong>Classified: </strong>Possible carcinogen