Bring up the word autism and you'll hear a great many theories. Simon Baron-Cohen, the man who I believe has singlehandedly done more damage to the perception of autistics than any other human being (though there are arguably a number of people vying for that title), has a number of theories regarding autism.

His most famous is the "Theory of Mind," based on the results from the now-famous "Sally-Anne" test. The Sally-Anne test, where 61 children (20 autistic, 14 Down's Syndrome and 27 neuro-typical) were shown two dolls, is an example of bad "science." Sally has a basket in front of her, while Anne has a box. The Sally doll, presumably made to move by an adult, which further complicates the test, puts a marble into her basket and leaves the room. While she is gone, Anne takes the marble from Sally's basket and places it in the box. When Sally returns, the child is asked, "Where will Sally look for the marble?" Only 20 percent of the autistic children were able to correctly answer the question -- Sally will look in her basket.

From the test results Simon Baron-Cohen concluded "that the core problem in autism is the inability to think about other people or one's own thoughts" according to the blog, holah.co.uk. Except that his test did not take into consideration the challenges many autistic children have in sequencing, language problems, misunderstandings of prepositions, the level of anxiety or stress levels of the autistic participants at the time of testing. Nor did it take into account literal thinking, something many autists have, all of which made the test and the questions asked that much more challenging.

My 10-year-old autistic daughter, Emma, when asked what her doll's name is, will reply, "Doll" or "Girl." This is just one example of Emma's literal mind at work. She is not wrong -- her doll is a doll and yes, the doll is a representation of a girl. If I say to Emma while she is in the shower, "Em, wash the soap off," she will take the bar of soap and hold it under the water, even though what I meant was she should wash the soap off her body -- she understood my request literally. Was she wrong? No. To draw some other conclusion from her answers would be. When the child, during the Sally-Anne test, was asked, "Where will Sally look for her marble?" a literal-minded thinker, who also has trouble with prepositions would have difficulty arriving at the "correct" answer.

Simon Baron-Cohen based his theory, which is taken by many as proven fact, on the assumption that the autistic participants understood the question. He then set about publicizing his theory, which inadvertently or not is used by many in the neuromajority to justify the abuse and mistreatment of the very people whom he categorizes as lacking empathy. Does anyone else see a problem here?

When Emma was diagnosed I came upon the "Theory of Mind" paper early in my research. At the time I thought this explained why, when any of us were upset, Emma seemed oblivious. But as I continued along the road of educating myself, coupled with observing my daughter, I began to question his theory. I read about autistics who avoided looking in people's eyes because it was too intense. One autist described it as akin to seeing into a person's soul. Others talked about how they could sense immediately upon entering a room the various occupants' emotional state and became so overwhelmed they would seek refuge in a corner, try to leave or would stim as a way to counter the intensity of what they were experiencing.

There are times when Emma will, with outstretched arm, put her hand out in front of her face like a shield. Often it is done when she's very happy and having a good time. I believe it is in response to the intensity of feelings, either hers or others or both. Or as Jessy Park, Clara Claiborne Park's autistic daughter, was quoted as saying, "It's too good."

Simon Baron-Cohen is doing damage with a theory that was based on just 20 autistic participants. His most recent book, Zero Degrees of Empathy, includes autistics along with psychopaths and people with borderline personality disorder as examples of groups who lack empathy, which will further the suffering of autistics. Even though in one interview he explains, "Their low empathy doesn't lead them to commit acts of cruelty any more than anyone else in the population, but it does often lead them to feel socially isolated, with the added risk of depression." Which begs the question: Why include them then? This statement adds to the ingrained misperception that autists lack empathy and will possibly serve to further their "risk of depression." For a man claiming autists lack empathy, he is bizarrely unaware of his own in publicizing a theory based on a questionable test using less than two dozen autistics.

For those who would like to read an opposing theory and one that seems much more in keeping with what I see demonstrated by not only my daughter but the many autistics I know, read this interview with the neuroscientist Dr. Henry Markram. 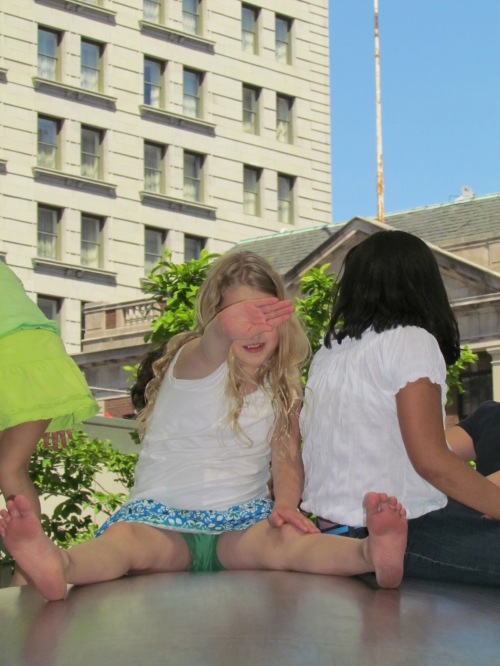