A few of us have been at this "'notable person on the spectrum writes book'-thing" for some time. And whether it's me, Temple Grandin, Liane Holliday Willey, Jerry Newport, John Elder Robison, or Donna Williams...etc. I'm going to guess that we all, as oldsters, see a tremendous number of young, next-gen spectrumites who are writing, or who are seeking to write books about what life is like on the autism spectrum.

GOOD! When we write, we express. Writing makes sense of things for us, as well as for readers.

But I see that some of you also seem to have the expectation that this will turn into a career.

At the risk of appearing to be a cranky, old man (happy Autism Acceptance [no, not "Awareness"] Month!)...If "big-fish-in-a-small-pond" fame is what you want? Then shut up and listen, you ambitious, punk kids; because despite whatever fairy-tale advice you're getting, you have some serious ^%&$ obstacles ahead of you.

First off, the real bad news is that when you're in your 20s, you're not really an expert on anything (nope, not even your autism). Secondly, Temple was first in line, and John had a famous brother -- the rest of us aren't likely to make their money. And third, because there are so many of us authors now, our stories -- if not the uniqueness of our circumstances -- have been significantly diluted. When Temple Grandin first (figuratively) put pen to paper, our numbers were around 300,000. Now we're at 4.6 million,* and the majority of that increase represents people who are quite capable of writing. The disability website, The Mighty, actually brags that they've published over 1,000 authors. You think that's a way to get noticed as a writer?

How do you then separate yourself from all those peers, when all you have to showcase is your diagnosis?

Answer: Unless you can write like Marquez, Karr, or Kazantzakis; do something. Like Delmer Berg, just drop what you're doing, and go do something amazing.

Delmer Berg was not thought to be on the autism spectrum. Delmer Berg was thought to be the last known survivor of "The Abraham Lincoln Brigade;" a disorganized group of roughly 3,000 Americans who between 1936 and 1939 dropped whatever they were doing to journey across the Atlantic, and risk their lives fighting for a socialist cause that, at face value, was no concern of theirs.

Sadly, the "Spanish Civil War" is not familiar to many of us. But in 1936 a Nationalist, fascist General, Francisco Franco, overthrew the democratically elected, leftist government of Spain. A brutal civil war then ensued wherein bombing campaigns were fierce, and few prisoners were taken.

The overthrown, socialist "Republicans" (or "loyalists") continued to fight, and were backed by the Soviet Union -- as well as by the tens of thousands of volunteer soldiers swarming in from every country on earth.

Franco, however, was backed by Hitler, Mussolini, and Spain's Catholic clergy. Add loyalist disorganization, greedy Soviets, and maybe even idealistic naiveté into the equation, and Franco won the war in 1939. He ruled Spain until his death in 1975.

I was once privy to the stories of Berg's comrades.

For ten years before my diagnosis I worked for Veterans for Peace (VFP), a politically left-of-center version of the VFW or American Legion. I could have worked anywhere else and gotten paid better, but for a youngster who'd lost a father to the Vietnam War, and who sought adventure, the men and women of VFP satisfied many a burning curiosity. At the time, VFP's membership had a much higher percentage of combat veterans (as opposed to rear-echelon troops) than many of the other veterans groups, and this contributed to how rich they felt as a collective. You could be at a gathering and hear the beautiful story of someone who threw away their medals...only to talk to someone else ten minutes later, and hear an equally beautiful story about why their medals were still so important to them. Yes, they could be emotionally explosive, but....

The abundance of oral history I got to surround myself with was worth more than a six-figure salary. In my 20s and early 30s, I got to sit down and hang out with Daniel Ellsberg, a much younger Bernie Sanders, Hugh Thompson (the guy who heroically stopped the My Lai Massacre), Global Green's Paul Walker, Paul Wellstone, the Winter Soldier Investigation's Scott Camil; and through them I got to know the heroes of other organizations, like Nobel Peace Prize nominee, Kathy Kelly, of Voices for Creative Nonviolence, or like a certain Nobel Peace Prize winner, who shall remain nameless because he/she was such a %$& pill...

Motivational speaker, Phil Butler, was in a Viet Cong prison for eight years, and was tortured numerous times. I got to have several one-on-ones with him wherein I once asked, "How did you get through it?"

"Love. The love we had for each other as fellow prisoners."

And get this: The organization was so amazing that in the mid-90s, the membership elected a cross-dresser, Air Force veteran Sissy Goodwin, to the Board of Directors. Despite my criticisms of Sissy's "Betty Crocker" fashion choices, he was perhaps my most loyal supporter on the Board. Was he universally embraced by all within VFP? No. It was tough. But Sissy was tougher.

Lastly, I also got to spend time with, and even got to relay the story to others of the Reverend John Oishi, who during World War II was in one of those Japanese units in the Philippines that did not hesitate to massacre. One night, his Commander told Oishi's squadron to get some rest, as early in the morning they would go to a nearby indigenous village, with the orders of "no survivors." Oishi snuck out, warned the village, and Oishi's squadron entered a figurative ghost town the next morning.

(On a cruise in the late 1960s, a villager recognized Oishi, and that reunion may be the most beautiful story I've ever heard.)

But if we were to judge these men and women's stories by the wars they fought, then the tales told by the Spanish Civil War vets were my favorites. No recruiters talked them into it, no pressure to fight came from their neighbors, no one else was paying for their boat trip to Spain...they just went. From countries all over the planet, men and women--black, brown or white--those that were inspired by anti-fascist ideals just left their homes and comfort zones, to go fight (like a "good person Mujahedeen") for people they had never met. This made for vastly different stories than those told by Vietnam or World War II vets.

I heard stories of fighters sleeping in large caves, and when they would all sing their countries' songs, utilizing different languages, the music would meet and collect in the tunnels, forming a cacophonous yet beatific sound mosaic. This force then reverberated off the walls, and ran all through the cavernous trenchways as it made its way into the ether outside.

One vet passed away back then, and only after his funeral did I hear from his daughter that he'd been a fairly notable psychologist after the war (he'd never let that on to me). She recounted for me a two-line piece of dialogue that he had during the war while sharing a foxhole with the writer, Ernest Hemingway. As the bullets flied above them, Hemingway reportedly told her father, "You're the best soldier I've ever seen;" and her father reportedly replied to Hemingway, "You really need help."

Sorry kids. I got a little distracted. This was all supposed to be advice to you, as you embark on your writing careers, and yet I got lost in the memory of these incredible people.

But that's kind of the point.

Temple Grandin revolutionized the cattle industry, John Elder Robison survived a dysfunctional family depicted in his brother, Augusten Burroughs's, best-seller, "Running with Scissors." They aren't notable people simply because of their diagnosis. And whether you think I rate or not, I always sought out risk and adventure long before I wrote non-fiction, I helped provide clean water to 81,000 people near Basra during the time of Saddam Hussein, I lived out of my car for 5 months, bummed around Eastern Europe for another 3 months, even got shot at myself (ok-just twice), and I made sure to surround myself with people twenty times more amazing than I.

Was I just lucky? No, I was greedy. I wanted great experiences, and you should too. But competing for "views," "likes," or "retweets" will never be those great experiences that you can get lost in later on. 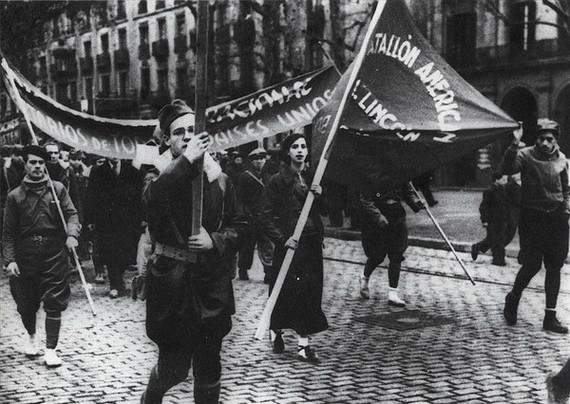 Should you all go off to war somewhere? Probably not. In my personal opinion, justifiable conflicts are increasingly rare, and pacifists are better people than the rest of us anyway.

But you could invent something, anyone can dedicate their life to their community's poor, maybe someone could end a war?...just so long as it inspires your readers, and infuses even your banal experiences, with a rich understanding and writing, that transcends the pedestrian nature of the experience. Find amazing people, find amazing happenings, and don't let them out of your sight. Or...

Do something no one has done. However hampering your disability might feel to you, even the most challenged of our spectrum brothers and sisters are capable of doing something that's never been done.

Senator John McCain (R-AZ) (once a fellow prisoner in Vietnam with Butler) also noticed Delmer Berg's passing, and it inspired him to write a loving eulogy to Berg that was recently published in the New York Times. What struck me herein was that in this era of divisive, obstructionist, Trump-induced, violently-partisan politics; a well-known Republican Senator, who once risked his life to fight the Communists, was tortured by them during years of imprisonment, who once ran for President...This person defied his party's tone, and went out of his way to praise an avowed, lifelong Communist.

My thanks to the Senator for restoring some faith in bipartisanship, if not humanity; but that's also the kind of heart-healing passion that the Abraham Lincoln brigade inspired, or inspires. Those people were very special. I miss them. Berg's obituary, I admit, hit me hard.

So...Young, spectrum authors? Rebel, and embrace more risk. We can't be "outside of the box" thinkers until we've seen a little of what's outside. Unless you are truly studying writing, write after an accomplishment, not before. Show (not tell) that you care about more than just being famous. Gain depth. Find that cause that fills your heart--one preferably outside the (important, but messy-headed) world of autism--and then for God's sake, stop worrying about social media, following your script, or being charming; and in proportion to your abilities, just fucking do something.

Your lives (and later your writing) need to be beautiful, not just successful.

Delmer and comrades? Thank you. 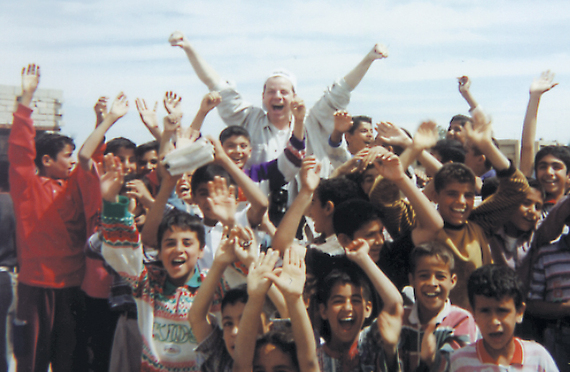 Michael John Carley is the Founder of GRASP, a School Consultant, and the author of "Asperger's From the Inside-Out" (Penguin/Perigee 2008), "Unemployed on the Autism Spectrum," (Jessica Kingsley Publishers 2016), "'Why Am I Afraid of Sex?' Building Sexual Confidence in the Autism Spectrum...and Beyond!" (late 2016), and "The Last Memoir of Asperger's Syndrome" (unsigned). In 2000, he and one of his two sons were diagnosed with Asperger's Syndrome. Re-evaluated in 2014, he was diagnosed with ASD. More information can be found at www.michaeljohncarley.com