Darius McCollum, the notorious train/bus thief with Asperger's, is back in the news...for a different reason than you might expect.

No, Darius was not arrested for the theft of a subway train or a bus. He's actually sitting in prison again awaiting charges after his last arrest. No, Darius is back in the news because three New York City Metropolitan Transportation Authority (MTA) officials--Allen Cappelli, Charles Moerdler, and Andrew Alpert--have taken their objections of a reported movie deal, to the press.

For those who are reading about Darius for the first time, allow me the following: Darius McCollum is a ridiculously-friendly, 50 or 51 year old man with Asperger's Syndrome (AS)...who has spent more than half of his adult life behind bars. His passion and extensive knowledge of trains and buses--coupled with a total lack of educational, vocational, and counseling opportunities--has caused him to steal subway cars and buses since he was 15 years old. Furthermore, he has been caught and arrested more than 30 times.

"Steal," however, is not the right word; because all Darius does is take riders on their pre-ordained route. He drops them off at their stop, tells them over the intercom to have a nice day, and the hundreds of unknowing passengers that Darius has transported over the years have never been the wiser (as to the imposturous nature of their driver). Unless he gets caught, Darius walks away from the vehicle once its route is over. He loves transportation; and one could argue that it's as simple as that.

Is this "hobby" totally harmless? No. Public safety as a concept requires rules that Darius clearly violates every time he grabs a vehicle for a joyride. If what Darius did was legal, others who have nowhere near Darius' knowledge of the systems would duplicate Darius' actions, and fatalities would inevitably result (experts agree he knows more about the MTA's procedures than the vast majority of MTA employees).

But as the arrests mounted over the years, a no-brainer call was issued to the MTA: "Hire him!" It certainly made sense. Heck, Homeland Security even visited Darius in jail* to get his opinion on how to keep our transportation system safer! Not only could Darius contribute to keeping people like Darius from the theft of transport, he could possibly prevent others--the really bad guys--from doing much greater harm with the same abilities.

(*Darius was not compensated in any way--not even time off his then-current sentence--for his generosity to Homeland Security. Contrary to being embittered, Darius is quite proud of having contributed to our Nation's safety). 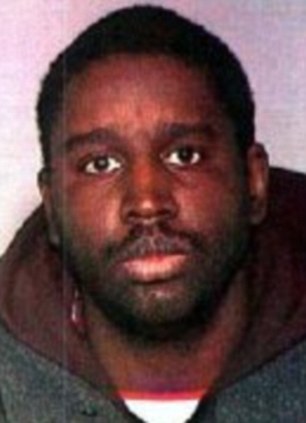 But the calls to hire a man who has only wanted to do good...fell soundlessly in the MTA forest. Perhaps they were resentful of how Darius' exploits had driven their insurance rates up, or how time and time again his exposure of security lapses embarrassed the MTA in the press. It was assumed that the MTA just wasn't paying attention to the calls to hire this star recruit.

Yet now we know why the MTA wouldn't hire him. They were hearing the calls, but they were responding to them with massive insensitivity, if not outright bigotry. The MTA administration, as people, are the problem.

In comments that greatly offended the autism/Asperger world, if not the entire disability community, not one, but three MTA Board members took to the media in a New York Post article to convey resentment over the reported movie deal about Darius' life. In the article, all three bitterly suggested that the MTA should fight to claim whatever financial compensation Darius receives in any such deal.

Cappelli: "The MTA should be able to receive compensation from (McCollum)."

Moerdler: "I will raise this with the transit committee."

Alpert: "This is too much! Glorify a train/bus thief?"

I would welcome these three "gentlemen" to switch lives with Darius.

Not that I know of any great reputation that the MTA has ever enjoyed, but if there ever was such a thing, Cappelli, Moerdler, and Alpert have stained it by their refusal to acknowledge the challenges of a disability. These three need to resign if the MTA, and perhaps Bill De Blasio's progressive Mayoral administration, is ever to save face with the autism/Asperger community.

As a player in Darius' history, I myself would agree, and have publicly acknowledged, that Darius' publicity has been just as equal an adversary to Darius getting his life on track (no pun intended) than his Asperger's.

But this is no excuse for such poor, and petty behavior coming from city officials.

I too, share Darius' diagnosis. But I've had a gazillion more opportunities than Darius. The whole gist of Darius' dilemma has always come down to this question, "Given the two choices before you, which life would you prefer?"

1. "Darius, do you want to try and create a life for yourself with the following tools: No educational credentials; no job training; a long, federal prison record; a limited window (as a 50+ year old), no counseling offered, a comfort--though by no means a preference--with a prison system that you are at the very least..."familiar with;" and finally, you do not come from money..."

Now come on...How attractive would that be to you? Would you choose that, or...?

2. "Darius, would you prefer a life of limited fame, but still fame, and attention? Wouldn't you make prison the sacrificial lamb, so that the anxiety of an outside world that no one has prepared you for...does not overwhelm you?"

I think that in Darius' shoes, 99% of us choose the latter.

In addition to this "deal," Darius is in a new book, In a Different Key, and in an upcoming documentary called "Off the Rails."

But if his life is so great, then again...why hasn't someone bailed him out of jail?

For decades, the man has needed therapeutic treatment, costing on average about $5,000-$10,000 per year--maybe $25,000 for something really great and intensive. Instead, our system pays over $165,000 a year to keep him incarcerated. Forget Darius: How many other Dariuses sit in jail that we don't know about?

Mayor De Blasio, please remove these men, and bar them from further positions wherein they might have to show compassion for those less fortunate than they.

Darius is more fortunate than Cappelli, Moerdler, and Alpert in only one known area: He was raised better.

Calls for the resignations may be made to MTA Vice Chairman, Fernando Ferrer, at 212.878.7200. Or you can (preferably mass-) tweet to Mayor de Blasio, "Fire Cappelli, Alpert, and Moerdler," at @billdeblasio.

Michael John Carley is the Founder of GRASP, a School Consultant, and the author of "Asperger's From the Inside-Out" (Penguin/Perigee 2008), "Unemployed on the Autism Spectrum," (Jessica Kingsley Publishers 2016), "'Why Am I Afraid of Sex?' Building Sexual Confidence in the Autism Spectrum...and Beyond!" (late 2016), and "The Last Memoir of Asperger's Syndrome" (unsigned). In 2000, he and one of his two sons were diagnosed with Asperger's Syndrome. Re-evaluated in 2014, he was diagnosed with ASD. More information can be found at www.michaeljohncarley.com