In the last 10-15 years, K-12 education has seen many government-sponsored programs aimed at assessing the performances of teachers and schools, and to provide equal access for all students--including those with special needs. While some programs have worked and others have not, they all have nobly attempted to demonstrate that when given the chance, students on the autism spectrum have been able to perform much higher than previously thought.

But while nobody would wish for a return to the 1990s, the attempts to steer some spectrum kids into grade level academics may have led them down the road to failure.

I was talking over the phone to Dr. Temple Grandin, the gold standard for relative spectrum potential, when the two of us realized we shared an unusual belief: that rather than participate in neurotypical, grade-level academics. some spectrum students would be better off learning trades, like plumbing or welding, The following is edited from that conversation. 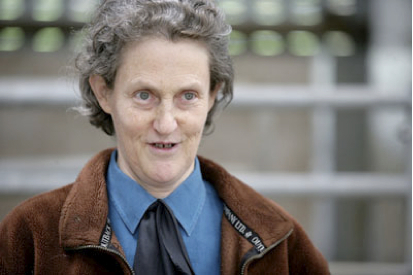 TEMPLE: Many kids on the autism spectrum love to build things with Legos. When I was little, if it could be made from paper, tape, and cardboard, it got built. At age three, I had no speech, but lots of therapy and excellent teachers helped me be successful. In high school I did lots of carpentry and my self-esteem improved when I got recognition for my projects. One of the projects was putting new tongue and groove siding on the ski tow house at my school. Carpentry work and horses were two areas where I got relief from being bullied because I did not fit in.

MICHAEL JOHN: Now, some spectrum students have very high IQs and struggle bigtime with socialization, but there are also those whose cognitive and executive functioning abilities make four-year colleges an option that's simply not reasonable, and it's these kids that make up a large portion of the 80-85% unemployment rate for spectrum adults. But for the kids who thrive doing hands-on activities, are there many vocational opportunities?

TEMPLE: Yes, because they're needed. But sometimes they're not valued.

MICHAEL JOHN: How so?

TEMPLE: Surfing the internet, I read several comment sections attached to articles about shortages in skilled trades. One talented person griped that the MBA's stood over him as he developed a process that would save a lot of money. He got no recognition or financial reward for it.

MICHAEL JOHN: When we were younger, poetry and philosophy majors were looked upon with regret, as they were not expected to make much of a buck in their lifetimes. Today, we can include History, English, and Political Science majors to that list. Times have changed. So what if kids--with the input of family and teachers--had the option to bow out of standard curriculums at the start of 11th or 12th grade, and learn a trade while in school?

TEMPLE: Society wants history majors, but it doesn't need them the same way it needs plumbers, auto mechanics, and electricians. One of the problems that my company faces today is finding good local welding shops that can take pipe and sheet metal and build corrals in the field. Electricians, plumbers, and mechanics are also in short supply. The American Welding Society (AWA) reports that the average age of welders is 55. Today half the cattle in the U.S. is handled in a system that I designed, and that is a great accomplishment for a child with autism who was once considered "mentally retarded." But I need help from others, and the work is gratifying. These are intellectually-satisfying AND emotionally-regulating professions.

MICHAEL JOHN: You're right. When I was eleven years old, I loved my paper route, even though I had to be up at 4 a.m. every day. I'd walk the streets of Providence in the dark and it was like me and my dog were the only souls around. In high school, I soldered and polished jewelry every afternoon. In college I washed pots. And for five months I lived out of my car and worked all kinds of odd jobs--mining, road crewing, dishwashing, or unloading trucks--to pay for food and gas as I travelled the country. And all those odd jobs I did made me more comfortable, and more trusting in whatever environment I found myself in later on.

TEMPLE: Some of these could be considered "trades," and others not. But all these professions taught us both that concentrating on getting a job done, manual labor, or labor that involved what for us was simple math, gave our brains a break and reduced the pressure to socialize effectively. This made us happier. I recently visited a high tech corporation, and after I visited the attractive offices where the engineers and scientists were housed, I had to insist in touring the machine shop and meeting the people who did the drawings. My tour guide did not think it was important enough. My reaction was that their stuff would NEVER work without these people. Some of the smartest people I've ever worked with were doing a skilled trade job such as welder or millwright.

I would later discover that the starting pay for a welder with 9 months training is also around $36,000 on average. That figure is higher than what many new teaching, or entry-level publishing positions pay--jobs that often require post-graduate degrees, and that in some areas of the country are infinitely harder to obtain. Those welding certificates combined with some geometry classes can often turn into 6-figure incomes.

For those spectrum kids with average to above-average IQs, whose main challenges have to do with socialization, a university education will probably be the best fit. But for individuals without these advantages, yet who are kids who like to build and fix things, their chances for true independent living might skyrocket if they abandoned the classes of their peers and learned a trade. Temple and I agreed that this would be a wonderful change in school programming.

Oh, and lastly; neither of us hear from many spectrum folks who say they love dress clothes, or small talk at the water cooler.

Michael John Carley is the Founder of GRASP, a School Consultant, and the author of "Asperger's From the Inside-Out" (Penguin/Perigee 2008), "Unemployed on the Autism Spectrum," (Jessica Kingsley Publishers 2016), "'Why Am I Afraid of Sex?' Building Sexual Confidence in the Autism Spectrum...and Beyond!" (also Jessica Kingsley Publishers 2016), and "The Last Memoir of Asperger's Syndrome" (unpublished). In 2000, he and one of his two sons were diagnosed with Asperger's Syndrome. Re-evaluated in 2014, he was diagnosed with ASD. More information can be found at www.michaeljohncarley.com