FDR was famous for saying, "The only thing we have to fear is fear itself." I have thought of this often in recent years, mostly in connection with Danny, my 16-year-old son who was diagnosed with autism at age 3.

I've come to realize that fear is key to understanding how Danny's mind works. He is frequently tormented by fear and anxiety -- like any other teen -- but he can't articulate those fears the way another boy might. He's had a lot of changes to cope with: parents divorcing, switching schools, moving to a new apartment, a beloved therapist leaving the country. Even when a change is good, as we all know, it can sometimes be accompanied by fear. I'm one of the lucky parents in that Danny can talk, and so can express some of his worries appropriately. If his schedule changes suddenly he can ask about it literally hundreds of times in a day. He has phobias about certain noises, and will suddenly start screaming if he hears someone drilling outside. His whole body tenses up, then he turns white and says, "The drill can't hurt you!" -- repeating what he has been told. If I'm with him, he will often throw himself at me and say, "I want to hug you! I want to kiss you!"

Fear often inspires him to speak in complete sentences, which is a good side effect. But soothing his fears is a very demanding business. I am not a researcher, but I think many of the repetitive behaviors associated with autism -- lining up toys, repeating phrases or words, slavishly sticking to routines, watching certain DVDs over and over -- are the attempts of people with autism to calm themselves using the only tools they have at hand. The sameness soothes, and leaves no room for scary surprises.

One mistake I've seen therapists make in treating autism is to try to eliminate certain behaviors that children use to comfort themselves without helping them find an alternative way of calming down. Of course, children with autism need help to become more flexible. But I've found the most effective way to encourage and increase Danny's flexibility is to figure out what is at the root of his need for certain routines, and then to try to address his anxiety. When he understands that nothing awful will happen as the result of a change or something new, then he can usually cope with it better. 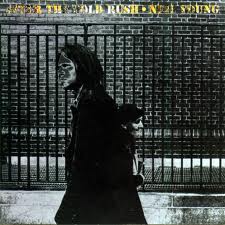 Fear is often -- if not always -- the main cause of tantrums. When Danny's bedtime routine is changed without warning, he will lash out, screaming, biting his pajama top and even pinching people. I think it's as if his world were ending. This is not to excuse the behavior, but the better I understand it, the more I can help him. Right after we moved last fall, Danny went through a very difficult time both at home and at his new school. Another teen could have yelled, "I hate this new place, Mom, and I hate you for making me move !" (Note to parents of typically developing teens: There are families out there who would be glad to hear these words from their kids.) Danny dealt with it by throwing tantrums.

One day I was driving home when I got a very distressing phone call from Danny's school. He had had a terrible tantrum and still wasn't calm. I wondered how I would cope with him when he got home. We had just moved and I was finishing the final edits on my novel, If I Could Tell You, about four mothers raising children just diagnosed with autism. I couldn't help feeling frustrated that I had immersed myself in writing a book about autism, yet my son was still having such a difficult time. It was as if all my knowledge and experience wasn't enough to help Danny. After the conversation, I put on a Neil Young CD, After the Gold Rush, which I had just found in a box I had unpacked that morning. I hadn't listened to it in years. I heard the first song, "Tell Me Why," which contains the lyrics "Still the searcher/Must ride the dark horse/Racing alone in his fright," and a light went on for me. I pulled over, crying. Because then I understood what it was like for that dark horse, how terrible and intense his fear was. We parents are the searchers and we can't give up, no matter how rough a ride it is. 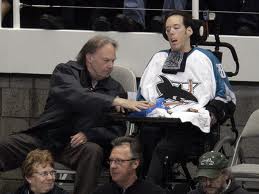 A note on Neil Young: The musician's two sons, Zeke and Ben, have cerebral palsy. Young has spoken about them often, and he and his wife, Pegi, helped start The Bridge School in California for children with special needs. Young has said that the song, "Transformer Man," was inspired by his son Ben.

Author, "If I Could Tell You"

35 Too-Real Tweets About The Things Siblings Fight Over

These Insulated Lunchboxes That Are As Cute As They Are Practical