As a female who replaced her first clutch in a 1984 Mars Red VW Rabbit I am no stranger to men assuming I know nothing about cars.

When I replaced that first clutch, they were right. I was 18 when I pulled out the transmission and flywheel and installed a new clutch while consulting my Haynes Manual and anyone at the parts store who would answer my questions.

I learned a powerful lesson when I took that car for its first drive with a working clutch. Knowing I could fix anything on my own was liberating and I was hooked on the freedom of knowing that I could learn anything. 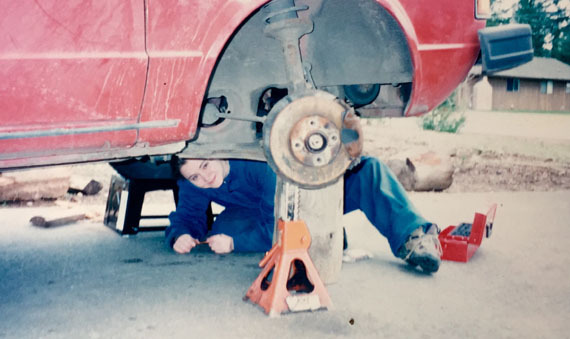 Walking into salvage shops became empowering as I worked on my many other vintage Volkswagens. The older and usually grease covered men would look at me in surprise I knew the purpose and location on the vehicle for each part I asked for.

I've worked in many fields where I had to prove myself because of my gender. While I was learning to fix cars I also worked in a photography shop where we developed film and troubleshot issues with customers' cameras. I once had a customer come in and ask to speak to a man. I calmly said, "no men work here." He started quizzing me on my own education and experience, something not likely to happen if I had been born with a penis. He ended with an embarrassed apology to me as he left with all of his questions answered.

I've also worked in landscape construction as a grunt and later as the boss of 5 and 6 figure jobs. I've replaced hardware in my laptop computers and in my current relationship I've purchased more than 98 percent of the tools.

Why are men and women still expected to fit outdated gender norms when they are equally capable? 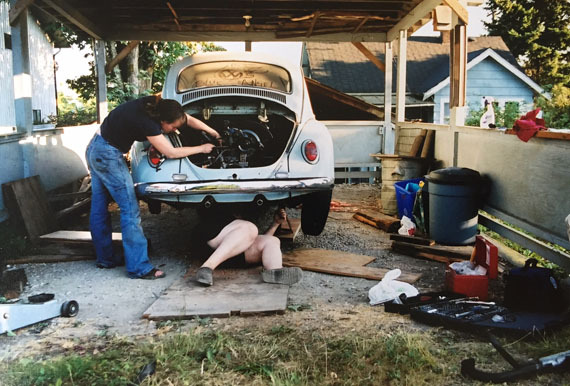 Two weeks ago I picked up my car from the Abilene, Texas, Volkswagen dealership after its scheduled service. The associate welcomed me by saying, "Follow me, they are talking about car parts and that is no place for a woman."

Internally my gut dropped to the floor and I turned to the associate and calmly asked him "would you be surprised to know that I have been working on VW's for over 15 years and that I have had a dozen of them?" He didn't say much, nor did he offer any apology.

I was completely appalled. After all this is not 1950. 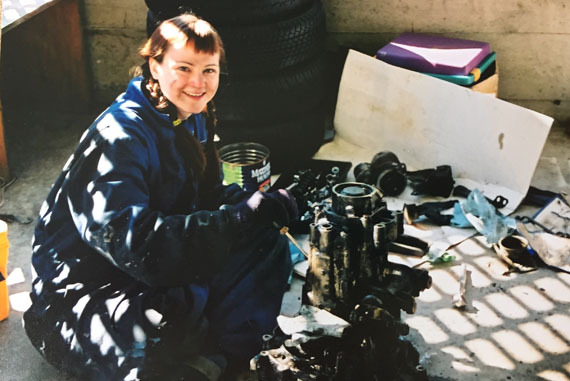 After posting my experience on Facebook, I thought that perhaps this "women's place" BS was just because I am currently living in small town Texas, but I was shocked to hear stories my female friends in Canada and the U.S. also told regarding their own experiences, primarily at dealerships.

"When we were buying our last vehicle the 20 something year old salesman asked if I had to call my husband too! The next time he called to follow up on the sale... [I] was literally driving off the lot of another dealer with our new vehicle and was able to tell him so! Lost the sale buddy!" -Cadi J

"I've had a few brutal conversations on the phone with parts departments assuming I don't know what an engine is." - Michelle D

"I had taken my VW into a dealership in Surrey because the clutch was slipping (the car had less than 50 thousand km on it) and the tech basically said I didn't know how to drive the car so I had wrecked the clutch." - Crystal Hartnell

"I test-drove the 2013 Chevrolet Sonic that we'd been discussing.

In my head: Did that just happen? Does he mean, for someone with a VAGINA!? Good thing I packed my PENIS so I'd know how to drive a manual!!!" - Kate Sitka

There is still a huge amount of misogynistic behavior that is common place in Volkswagen and other dealerships in North America.

As for my experience, the response I got from the General Manager, Kirk Kennedy of the Lawrence Hall Family Dealerships, started out apologetic, then fell apart completely as he stated, "I would try to explain what he was trying to "mean" by what he said, but that doesn't matter. It is what you perceived is all that matters to me, and your perception was that we were in the wrong."

In "Mansplaining" terms this means that I am incapable of understanding and/or that he doesn't think he should waste his time educating my female head with what men mean. As for my perception, I think he is just sorry that I spoke up therefore revoking his previous apology of "There was no ill intent from any comments he made, but obviously his verbiage was wrong and was offensive, and I will take full responsibility for that." 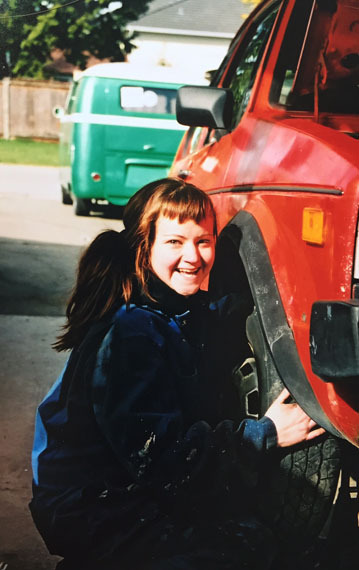 I also reached out to Volkswagen Corporate and the first response I received gave me hope that some actual change could happen. Meghan, a customer care representative, responded with saying "Every interaction with our dealers should leave you with a lasting, positive impression, and I'm so sorry this was not the case for you with VW of Abilene. [...] it is our hope to bring your smile about VW back."

I was then passed on to a Regional Case Manager who let me know that they were reaching out to VW of Abilene. It took a few days but then I got an email from the case manager addressed to me as Mr.!

It also promised that I would hear from Kirk Kennedy again, but 10 days later I have not heard a word. In VW's words "When you put customers first, it gets noticed." It's getting noticed that perhaps #VWNoLongerCares is a more appropriate hashtag than their social media campaign of #VWCares when the result of a genuine complaint is this "Mr. [...] I wanted to do something for you to turn this experience around and would like ot (sic) offer you a $50 gift card." Spelling mistake is verbatim.

As of this writing, this has remained unresolved. To you my readers, what do you think it will take for this misogynistic attitude to shift?

Lora Frost is an oil painter who paints art for healing spaces and she teaches intuitive painting for beginners to oils. She believes that all people can learn to paint. She currently owns a manual 2013 VW Jetta Sportwagen and it's her 13th Volkswagen. She is starting an interview series of creative women working in male dominated fields. You can find her here.