It's not "nothing," it's not a cold, and you've ruled out stress, exhaustion and a crappy diet. Here are some other possibilities to consider.

The other acronym that spells trouble for your gut.

What you feel: Gassy, bloated, plagued by diarrhea, fatigued, and just kind of out of it, so much so you find it hard to concentrate.

What you did: You assumed you had a food allergy and stopped eating gluten, sugar and dairy. Still, there are days where even a banana feels like a bomb to the gut. "That's a clue that there's something going on in your GI tract," says Robynne Chutkan, MD, a Maryland-based gastroenterologist and the author of Gutbliss.

What it might be: SIBO (small intestinal bacterial overgrowth)*, which occurs when your natural intestinal flora has been disrupted and you end up with too much of the bad kind of bacteria. This interferes with your ability to digest food and absorb essential nutrients like B12, vitamin D and iron, and these deficiencies are contributing to your gut misery and your brain fog. Chutkan says that the major trigger for SIBO is antibiotics. Eating a diet high in starch and sugar or taking acid-suppressing heartburn drugs makes you more likely to get it because your system is already hospitable to the bad bugs, she says.

What to do: Antibiotics like rifaximin that target the intestines can provide short-term relief, but, Chutkan says, patients often relapse. She prefers a dietary overhaul to create a healthier microbiome, so she has patients swap the sugar and starch for lots of leafy greens, vegetables and high-fiber legumes, usually in combination with a prescription-strength probiotic.

The thyroid condition that can fly under the radar.

What you feel: Fatigued, stiff, chilly all the time, bummed-out, backed-up from your head to your bowels (you have trouble thinking clearly, using the bathroom regularly, and your period is off) and maybe a little puffy (your face or other body parts may seem a little swollen).

What it might be: Hashimoto's disease,* (or Hashimoto's thyroiditis) which is a combination thyroid issue plus an autoimmune disease. Basically, your immune system is reacting against your thyroid gland, explains R. Mack Harrell, MD, president-elect of the American Association of Clinical Endocrinologists. Doctors don't know exactly what causes them, but autoimmune and thyroid issues often run in families, and both are more common among women. Harrell says that you may have had one since your teens, but it was such a low-grade attack that it didn't trigger any symptoms. Over time, however, the thyroid tissue has been destroyed, and that's interfering with the gland's function and production of hormones.

What to do: Your primary care physician will probably check your hormone levels and evaluate your thyroid. If your thyroid turns out to be malfunctioning and you have evidence of a hormone deficiency, you may be sent to an endocrinologist, who will prescribe thyroid hormones. But your thyroid may appear normal, or the test won't pick up on the immune part of this disorder. That's when you need a specialist to check your antibodies, as well as your vitamin D levels (Harrell says he often sees a deficiency in Hashimoto's patients, and supplements can help).

What you feel: Tired, achy, forgetful; you have swollen knees and shooting pains that wake you up at night.

What you did: You didn't notice the bull's-eye rash that appears on 70 to 80 percent of people with Lyme, but you did take a test for the disease as soon as you started feeling bad. (It came back negative.)

What it might be: Lyme disease* (yep), which sometimes takes longer than a few weeks to develop an immune response that's strong enough to show up on the test, explains Paul Mead, the chief of epidemiology and surveillance activity for the CDC's Bacterial Diseases Branch. He explains that while Lyme is a growing public health problem, the huge bump in numbers is due more to accounting than to a terrifying proliferation of ticks: 30,000 cases were reported in 2012, but in 2013, the CDC estimated that the total number of people diagnosed with Lyme disease was roughly 10 times higher than what was reported, so they rounded way up.

What to do: Give the test another chance, especially if you remember visiting a Lyme hotspot around the time you developed symptoms. In up to 5 percent of untreated patients, chronic neurological problems like numbness in the hands or feet can show up years later. Those who test positive will be put on heavy-duty antibiotics, but even then, about 5 to 20 percent still experience aches and pains that can last another six months or more.

The illness that's ready for a makeover.

What you feel: After any type of physical or mental exertion (like taking a brisk walk or giving a presentation), you feel utterly spent for a full day; you often wake up tired even after a good night's rest; your memory is spotty; your muscles are achy.

What you did: You had your thyroid checked, and it's normal. You talked to a therapist, but you don't feel depressed.

What it might be: Chronic Fatigue Syndrome (CFS)* (also known as myalgic encephalomyelitis), a complex illness that affects between 1 million and 4 million Americans (more than 80 percent of them women). It's such an enigma that the Institute of Medicine is currently evaluating the diagnostic criteria to come up with an official definition—and possibly change the name to something more legit-sounding than "chronic fatigue syndrome." Because roughly half of the patients with CFS/ME developed it after getting struck by something like mono or Epstein-Barr, experts once suspected it was another type of virus, explains Nancy Klimas, MD, chair of Clinical Immunology at Nova Southeastern University. But they've recently noticed an autoimmune component, as well, says Klimas.

What to do: Find a specialist who will take your symptoms seriously. There's no cure, and full recovery is rare, but research shows that the majority of patients who seek help do feel better over time.

The pain you really feel, but that doctors can't see, measure or fully explain.

What you feel: Like a Mack truck ran you over, despite night after night of decent sleep. You also may be super-sensitive to loud noises, bright lights and, especially, physical touch (when you're hugged, you recoil in pain...and still hurt 10 minutes later).

What you tried: You’ve been going to sleep earlier, and you talked to your doctor about arthritis.

What it might be: Fibromyalgia,* a disorder best known for the way it makes your muscles ache, even though they appear normal to a doctor's eye, to an X-ray and to a microscope when biopsied. Fibromyalgia patients seem to have issues in their central nervous system that amplify their reaction to pain—"their pain thermometer is set differently," explains Scott Zashin, MD, a board-certified internist and rheumatologist based in Dallas. This flaw in the way the brain perceives pain has recently led experts to classify this illness as a "central sensitization syndrome." While there's a blood test for the disease, it's not commercially available, so this can be tricky to diagnose.

What to do: Make an appointment with a rheumatologist who specializes in these types of disorders and is familiar with the symptoms. Zashin says that there are FDA-approved medications for fibromyalgia, but he'd start by trying to improve the quality of your sleep (through sleep hygiene, dietary changes, aerobic exercise), because sleep deprivation is known to increase sensitivity to pain, even when you're healthy. He might also recommend cognitive behavioral therapy. "Even if we can't make the pain disappear, we can help the patient deal with it and hopefully aggravate it less," he says.

* The explanation for your discomfort could be any number of things, but this is one to bring up with your doctor, who is, of course, the person you should be talking to. 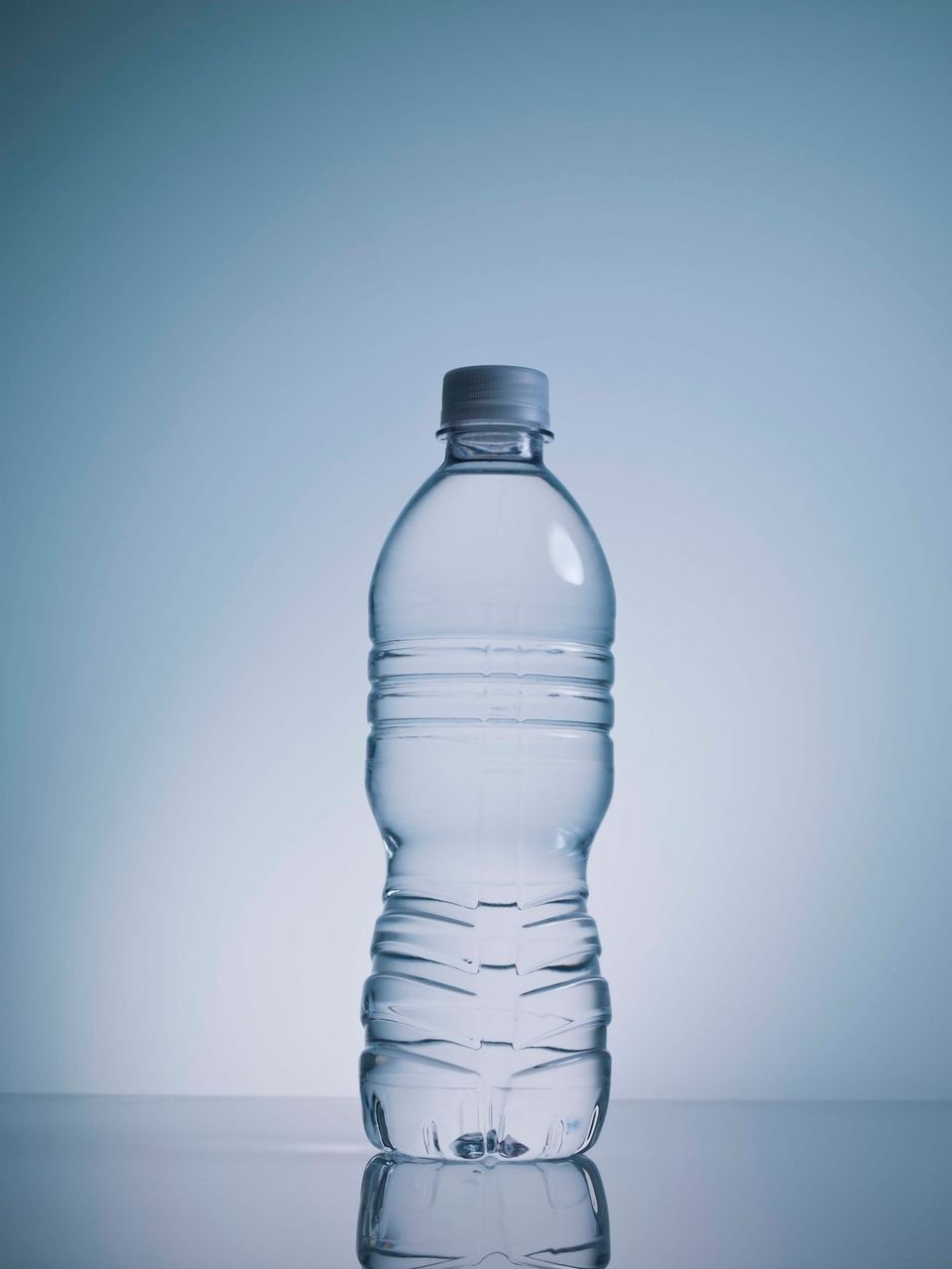