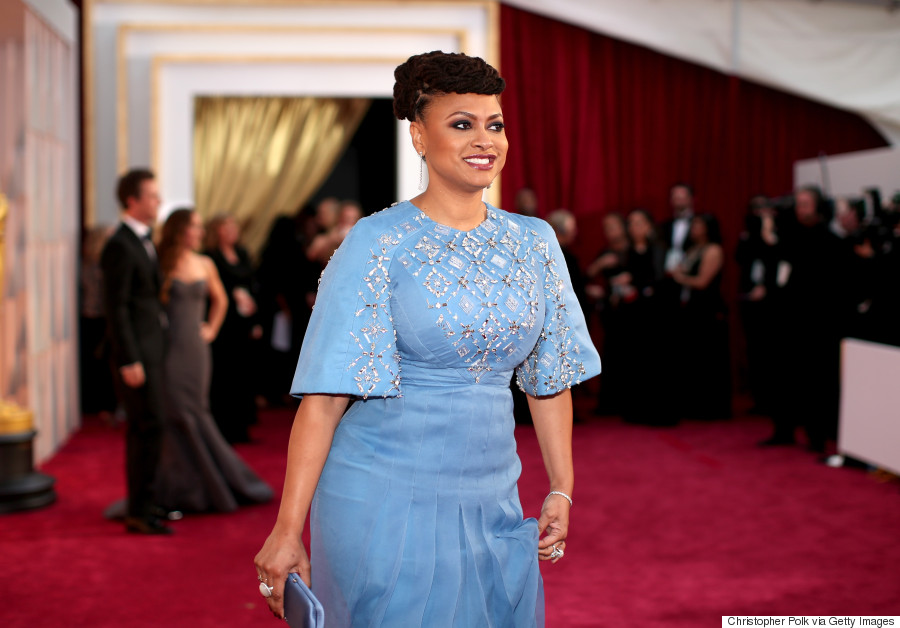 Ava DuVernay isn't technically a newcomer to Hollywood, but her stature has grown so meteorically in recent months that one might assume she is. Just a couple of weeks ago, Essence branded her one of several entertainment-industry "game changers" and included her on its May cover. That's a feat for someone whose career has existed mostly behind-the-scenes, first as a film publicist and, more recently, as the writer and director of movies like "Middle of Nowhere," for which DuVernay became the first black woman to win the Sundance Film Festival's directing prize, and "Selma," the Martin Luther King Jr. biopic that scored a Best Picture nomination (along with a heap of controversy) at this year's Oscars. Her newest accomplishment comes in the form of a Barbie doll.

DuVernay, 42, will see the work she poured into "Selma" live on through Paramount Pictures, whose home-media arm is distributing a free copy of the movie to high schools around the country along with study guides for teachers who want to incorporate the film into their history curriculums. The director announced the initiative last week at the United Nations, where The Huffington Post sat down with her to discuss her recent ascent, which is now crossing over into the television world.

What does the DVD initiative make you think about your own history education growing up? I don’t know if any part of our American educational system is doing deep dives into any part of anyone’s history. Part of what high school is is a survey, an overview. I think the cool thing about “Selma” is you can go a little bit deeper in the civil rights movement, which is more than just the overview of, "Okay, there was a movement that lasted from this year to this year." It allows you to go a little bit deeper into the iconography of King. I know these are stories and images that I wasn’t aware of in high school, to know the relationship between King and Coretta, to know the internal pressures within the movement, that everyone wasn’t on one page, that African-Americans were not a model in thought about how to approach the issues of segregation. Those are all nuances that you don’t really read in high school history books, or I certainly didn’t, not until much later when I majored in African-American studies at UCLA. So if you’re not going to be an African-American studies major, this is a nice cheat sheet so you can know a little bit more than the kids who didn’t watch this film. How about that?

You're announcing this on a historic day, with Loretta Lynch just confirmed as the next attorney general. I know, I’m so happy. It’s a proud day. It’s also a bittersweet day because it took way too long. All of the politics around it just prove that any good thing is going to take struggle and a battle. But yes, to be thinking about ideas of representation through our film today and issues of marginalized people being able to participate in the American political process, not just as voters but by being our very representatives, and to have the top lawyer in the land be a black woman on this day is a very special, very emotional time.

If the Department of Education were to approach you ... First of all, that would never happen once they see my report card.

If they were to ask you to submit a U.S. history curriculum based solely on films, what would make your list? That’s a good question and this is going to go on The Huffington Post and I really want to answer that well, so I'm going to email you.

(DuVernay made good on her promise. We received an email from her the following day with this list of films: "Battle of Algiers," "Lumumba," "Malcolm X," "Schindler's List" and "La Haine.") You're in a camp of people who have been crowned for carrying the torches for women and minorities in popular culture, which I think is partly a result of the Oscar controversy with "Selma" and its alleged inaccuracies. You think that came out of the controversies?

I think it came from your responses to the controversies and the people who rallied behind you. Shonda Rhimes is in the same camp, especially when she gives these rousing speeches about human rights. Do you see that sort of de facto mentorship in yourself at all? I don’t know if I see it. I just know that this is a time where the things that we make are giving us an opportunity to speak our minds, and I am excited by the fact that there are some content creators -- storytellers, writers, directors, showrunners, particularly women -- who are feeling strong enough, fortified enough, nourished enough, proud enough to say how they feel. Certainly Shonda is one of them. You have a lot of women who are not just content to make the thing and take the money and go away, but to make the thing -- and, of course, go ahead and take the money -- but also to say something, whether it’s through the work or as an addendum to the work or to the microphone in our faces as a result of the work. So yeah, I’ve tried to do that, and sometimes people like it and sometimes they don’t. Oh well. 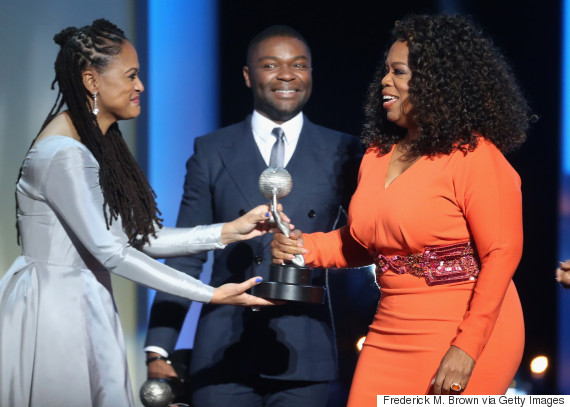 You have a new show with Oprah and a pilot you're directing for CBS. Are you finding it easier to tell the stories you want to on TV rather than through film studios? No, it’s not easier. The network system is as rigorous, if not more.

Even with the advantage of OWN? I'm sure CBS is much different. It’s different than OWN. I can’t call up Les Moonves like I can call up Oprah. But no, TV is not easier and I don’t think it’s any more suited to any kind of vision. For me, it’s just another way to tell stories, and I’m interested in telling stories everywhere that I can. I don’t want to be relegated to one specific medium. I love film, I’m exploring television, I’m starting to look into virtual reality. I just saw some amazing virtual-reality stuff at the Tribeca Film Festival. Things are cooking. It’s just another way to tell the story. Art is art. It should be able to go wherever it wants to go, so I’m not relegating myself just to being a cinematic artist.

How do you decide how to toggle between depicting history and concocting a story of your own, like "Middle of Nowhere"? I know you're working on a Hurricane Katrina film, for example. The Katrina story is very much like “Middle of Nowhere” in that it is a love story and a murder mystery wrapped around the time of Katrina in the same way that “Middle of Nowhere” was a love story wrapped around the notion of the prison-industrial complex and incarcerated individuals and their families. I like the idea of there being human drama set against cultural issues of our time. Katrina is similar to that kind of thing, where I’m writing a script from scratch. The thing I hate to do most in the world is to write scripts.

But you’re a writer! But that doesn’t mean I have to like it. Do you enjoy it?

I like it when it’s done. Exactly! And that’s what the CBS thing was, it was just done. I was like, “Oh, this is cool, let me get involved with that.”

Is there a certain formality with Oprah that you can let go of after having worked with her once, on "Selma"? Now that I’m not freaked out, you mean? The first year, really, of knowing her, I was a hot mess. I just couldn’t get it together. I wasn’t myself. I would leave her and be like, “Oh, that was horrible. She never wants to see you again.” And then we started to work together in different capacities: as an actor, as her director -- there’s a certain relationship there -- and as my producer, and that's a certain relationship, too. Then, after “Selma” was done, it was just friendly. And she’s an amazing friend. Amazing. And then starting to work together again on something from scratch. So you’re right, there is a progression and a maturation of the relationship. It is much more of a shorthand, and yes, I’m less of a hot mess. It’s really lovely. We’re just getting started on this project, so it’ll be nice to see. I’ve never produced something with a friend, so we’ll see how that works.

Being able to say you’re not a hot mess around Oprah must mean you've made it. I’ve arrived!