This meal is for one percenters with 99-percent tastes.

The humble hamburger is getting a $500-dollar upgrade at the Avalon Hotel's Oliverio restaurant in -- where else? -- Beverly Hills, Calif.

Called the "Hamburger al Tartufo," the dish celebrates white truffle season by cramming the fancy fungus into almost every possible aspect of the beast. The burger patty is made with 12 ounces of Kobe beef then topped with truffle-infused cheese. On top of that, two more ounces of shaved white truffles, because why not?

The dish is so expensive that the restaurant requires diners to order and pay for it 48 hours in advance.

The Oliverio burger far surpasses the previous record for the most expensive burger. Last May, the Guinness Book of World Records certified that a $295 burger from Serendipity 3 restaurant in New York was the "world's most expensive burger." It incorporated white and black truffles, as well as caviar and cheese aged 18 months. Of course, the gourmet ingredients probably didn't rack up the cost as much as the accessory that came with the meal -- a solid gold "Fleur de Lis" toothpick, encrusted with diamonds.

Ridiculous as it may seem, the proceeds from Serendipity 3's burger were donated to the Bowery Mission, a homeless shelter in New York. Oliverio restaurant confirmed to The Huffington Post that their hamburger al Tartufo is expensive simply because the ingredients are rare and seasonal.

For those in the Los Angeles area that want to chow down on a tasty burger without defaulting on next month's rent, check out this year's fresh meat. 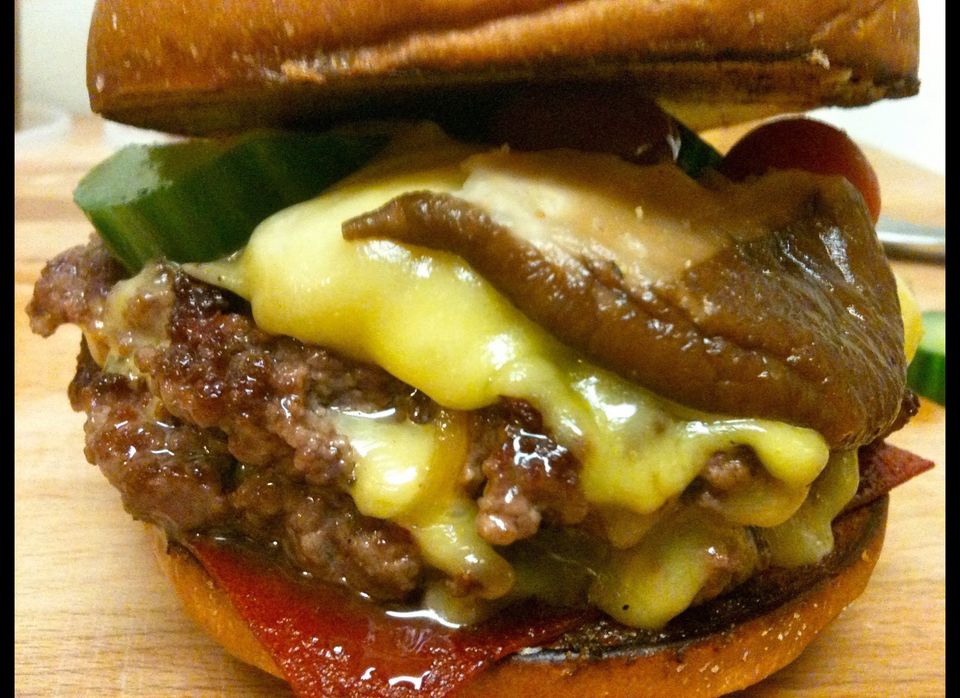