Avascular necrosis or osteonecrosis is the death of a segment of bone due to loss of blood supply. Both bone cells are the bone marrow are affected. AVN is a common cause of hip pain in young and middle aged patients between 35-50 years of age. It occurs more in males. AVN leads to severe degenerative arthritis of the hip joint and accounts for 10% of total hip replacement cases in the United States. The femoral head is the most common site of atraumatic AVN. The humeral head is the second most common area.

Bilateral AVN occurs in 80% of cases and each side may present at a different stage. Usually the physician will check the other hip x-rays even if non-symptomatic.

The exact etiology and process of AVN is not known. Interruption of the blood supply of the femoral head is a common pathway. Genetic factors may also be implicated as the cause of AVN. Early diagnosis detects early stages of AVN that can be helped by a head preserving procedure such as decompression, bone graft or vascularized fibular graft. 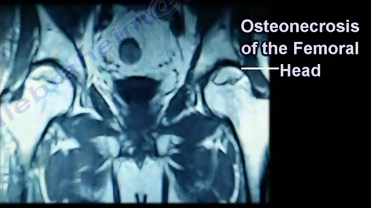 With multifocal osteonecrosis, three or more sites occur in about 3% of patients. It can affect the hip, knee, shoulder or ankle. Patients with osteonecrosis at a different site than the hip should undergo an MRI of the hip to rule out asymptomatic osteonecrosis of the hip.

X-rays are initially normal. MRI is the best study when the x-ray is normal and AVN is considered or suspected. The AVN is seen on the anterosuperior aspect of the femoral head.
Trauma such as hip fracture or dislocation can cause AVN. The most common causes of AVN are steroid use, alcohol, gout, metabolic and genetic problems. The condition may be associated with a hypercoagulability state such as decrease in Protein S, Protein C, and Factor V Leiden (we routinely get that study with AVN cases).

The condition may also be idiopathic (without a cause), and then AVN is a diagnosis of exclusion.
If the Frag lateral x-ray of the hip shows a crescent sign, it means that osteonecrosis is present and probably advanced. 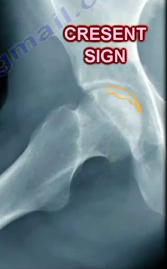 Double density on MRI is pathognomonic for AVN. The patient may be asymptomatic and may present with dull hip pain (anterior groin pain) or severe arthritis pain due to collapse of the joint. With early arthritis, the patient will have a decrease in the internal rotation of the hip. On the x-ray, the patient will have a flattened contour with a collapse of the femoral head and decreased joint space. If the joint surface is intact, without collapse, core decompression or vascularized bone graft is helpful. If the joint is collapsed, arthroplasty is the procedure of choice and rarely an osteotomy is done.

Bisphosphonates are used in early stages of AVN. It prevents femoral head collapse; however, the results are controversial. 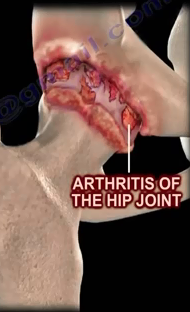 Rule out other causes of hip pain such as gout, PVNS, femoral inguinal hernia, rheumatoid arthritis or stress fracture of the femoral neck.

To check out some of my other YouTube videos visit my channel:
https://www.youtube.com/channel/UCOHfqHMhHvfQCYJDXfpSAiw