This is the average American male in his 30s. 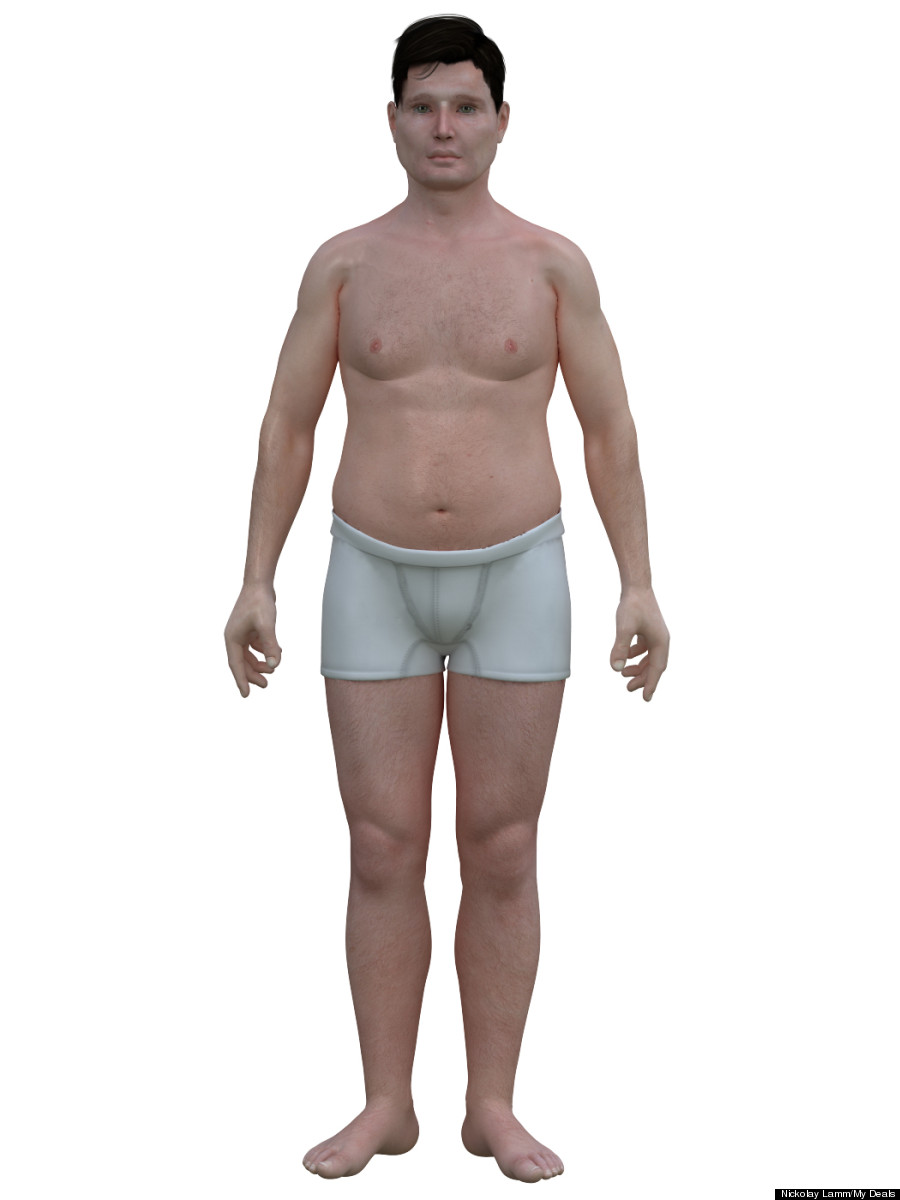 He doesn't look too bad, right? Well, here's how he stacks up against his international peers from Japan, the Netherlands, and France. 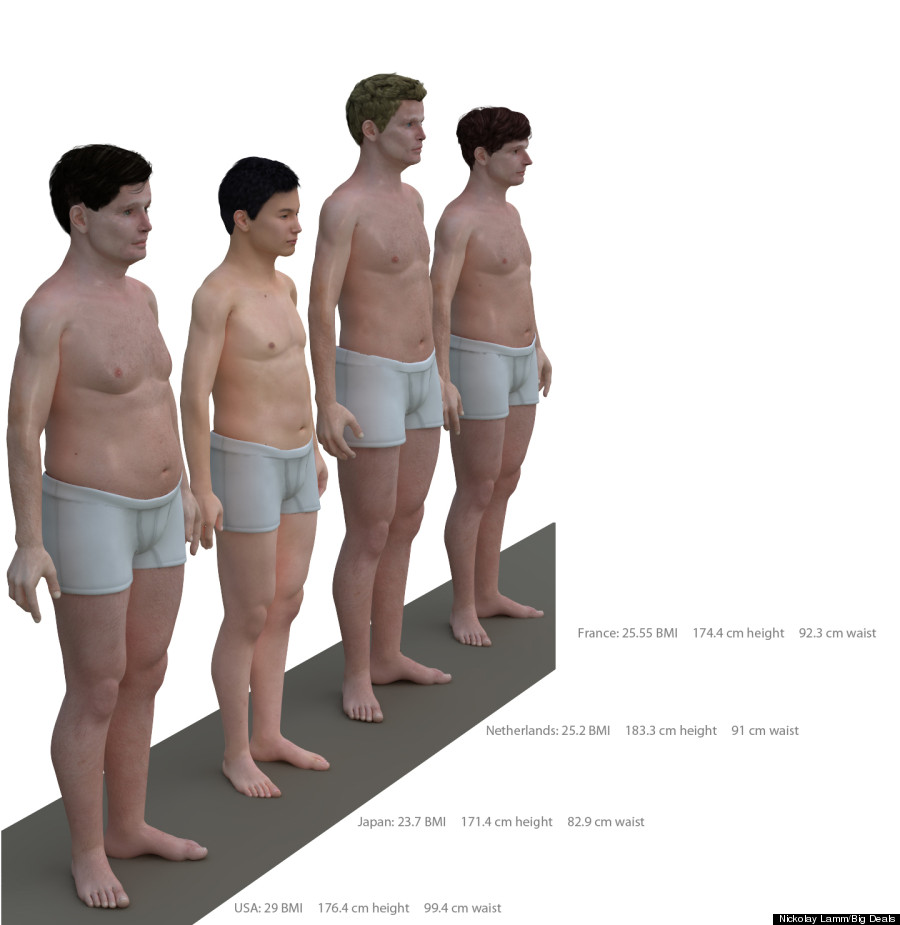 America's expanding waistline may not be new news, but throwing the average American male's body into a line-up spotlights America's obesity epidemic, which is exactly what Pittsburgh-based artist Nickolay Lamm did when he created these visualizations (which obviously deal only with body size and not ethnicity or skin color).

"I wanted to put a mirror in front of us," Lamm told The Huffington Post in an email. "Americans like to pride ourselves on being the best country in the world. However, it's clear that other countries have lifestyles and healthcare better than our own."

Here's a look from the front. 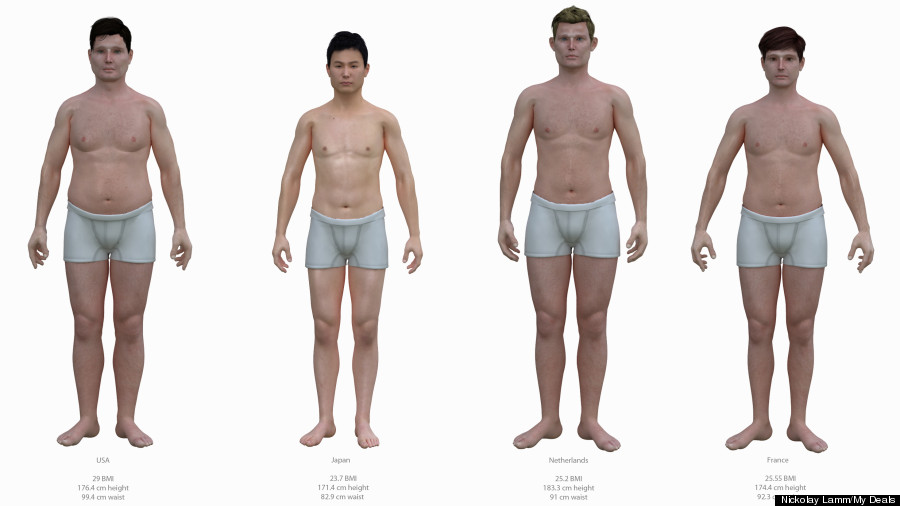 And a side angle -- Oof, not the most flattering comparison for the American. He's second on the left. 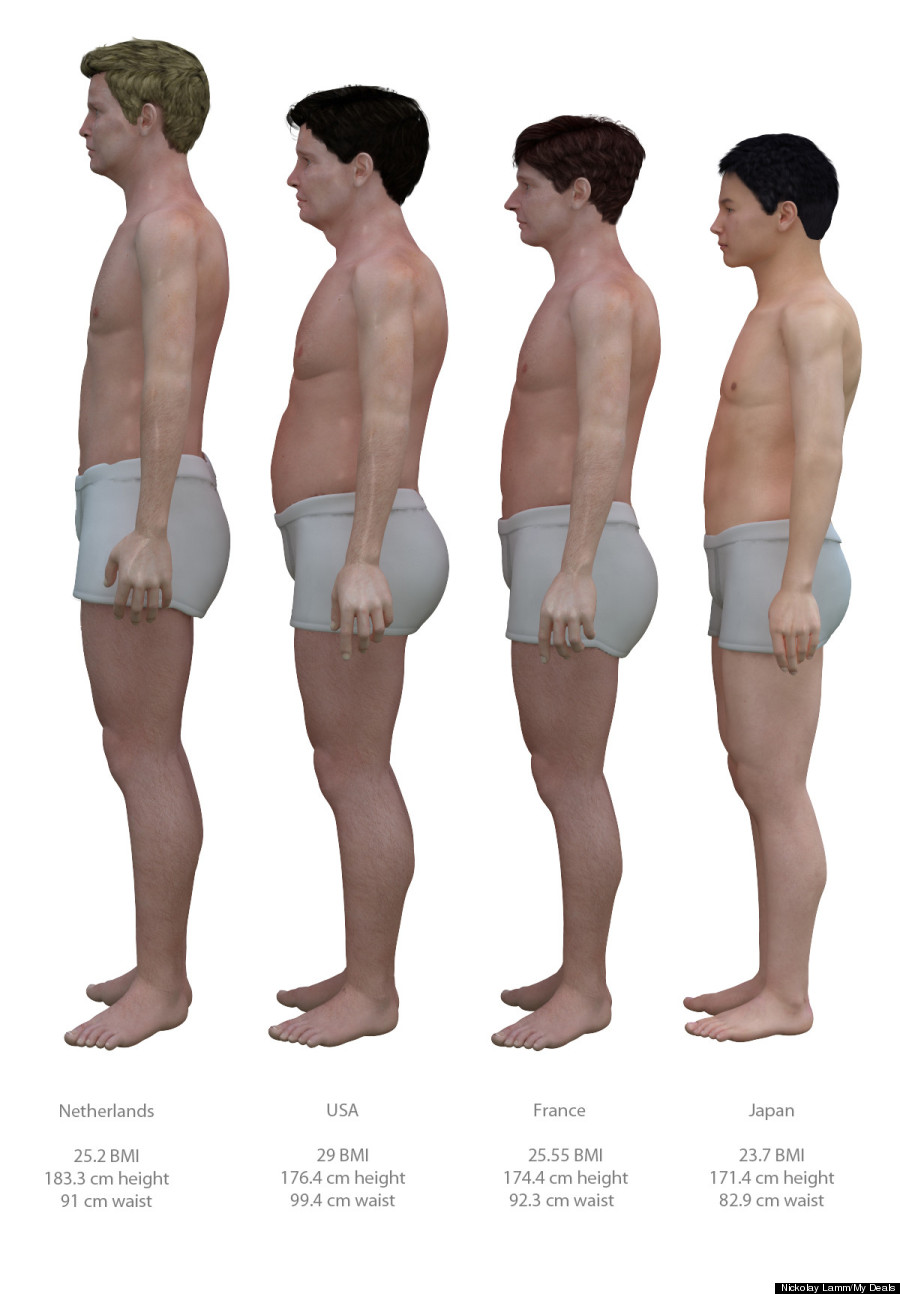 Lamm said he used BMI charts and photos for visual reference, and ran the models by Dr. Matthew Reed, an expert on body shape measurement, for accuracy.

"I chose the Netherlands because they are the tallest country and are clearly doing something right there," Lamm said. He chose Japan because it is well-known for its longevity, and France because, he said, "a lot of Americans like to compare themselves to that country."

So what are the Dutch and Japanese doing right?

Experts suggest it has to do with a complex combination of genetic, environmental and social factors. A good healthcare system, better nutrition, and more active lifestyles have been cited as reasons for the towering Dutchmen and long-lived Japanese.