To give back to the country that helped launch his career, the Sweden-born star is donating all the proceeds -- $1 million -- from his current House for Hunger tour to Feeding America, a nonprofit that distributes 3 billion pounds of food a year. Not satisfied with just cutting a check, Avicii took a break from his 26-city tour to meet -- and help -- some of the people in New York City that his sold-out concerts are benefitting.

"Everyone was really grateful. It's a grateful atmosphere," Avicii told The Huffington Post while bagging tuna fish cans and Campbell's soup after lunch. "Seeing it for yourself is important to take with you."

When his career exploded after just two years of performing (11,000 fans packed into his New Year's Eve show in New York City and he's headlining one night of the Ultra Music Festival in Miami), Avicii vowed to give back to the country where he got his big start.

Once he learned how vast of a problem hunger is in this country, he knew which cause he wanted to commit his ticket sales to.

"I had no idea it was such a problem," Avicii said. "That 1 in 6 suffer from hunger, in a country like America, that was what baffled me."

The 22-year-old DJ said he's just as determined to donate to the cause as he is to raising awareness for the issue, a message the people he served Monday heard loud and clear.

"It sends a message of care," said Freddie, 45, who partakes in the resident recovery program at the New York City Rescue Mission.
"It's good to have people who have gone up and come back and share their time with us."

"It's feeding the hungry where they are," said Joe Little, the mission's publicist. "It's trying to lift them up into better situation."

Avicii hopes that throwing his name behind the issue will help dispel the stereotype of electronic music being all about drugs and will also inspire his young fan base to incorporate charity and volunteering into their routines, he said.

And as he heads into the final week of the one-month tour, his tour's mission has definitely elicited a reaction from fans, Avicii said.

"The vibe on the dance floor is different because almost everyone there knows that it's for charity and knows that they're contributing as well by coming to the show," Avicii said. "It's more love."

To get involved in the New York City Rescue Mission, click here. To learn how you can contribute to Feeding America, click here. 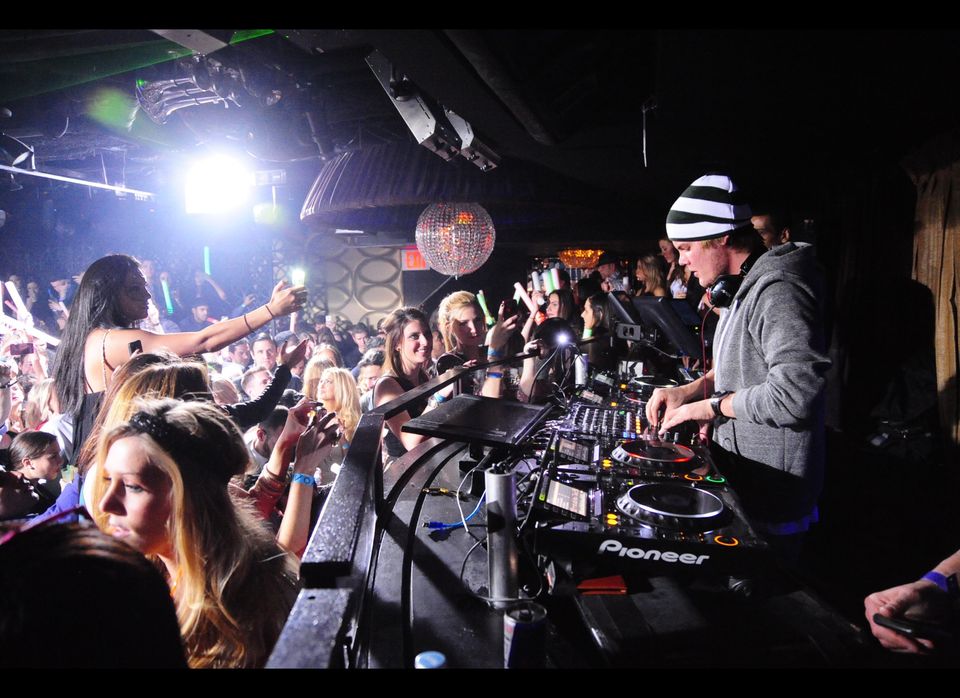 1 / 6
Avicii's $1 Million House For Hunger Tour
Grammy-nominated DJ Avicii performs Jan. 21 at Lavo in New York City, one of 26 stops on his House for Hunger tour that will donate $1 million to Feeding America.
Chance Yeh